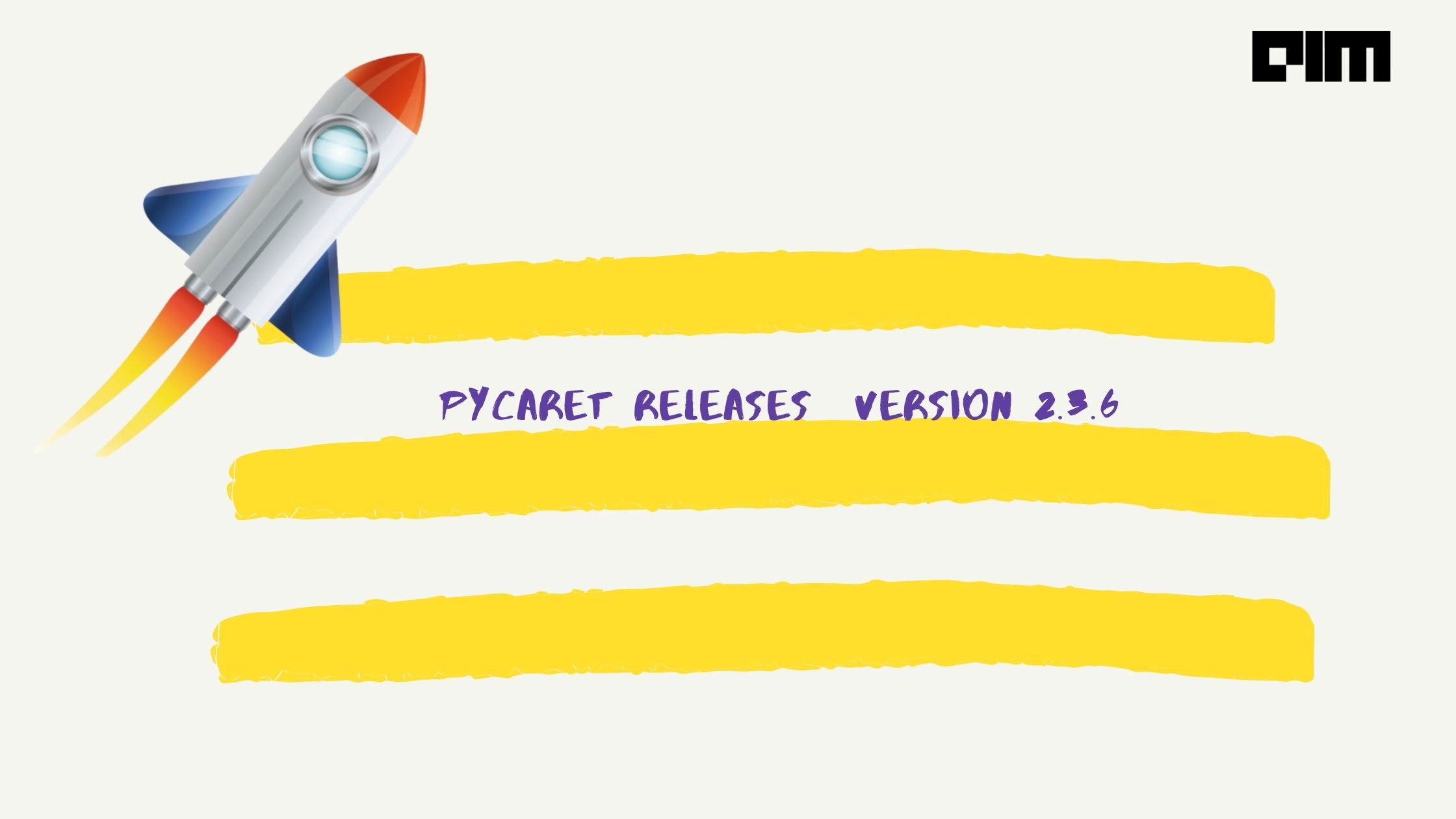 Moez Ali, founder and author of PyCaret, has announced a new version of PyCaret. The version 2.3.6. is its biggest release so far in terms of new features, Ali said. PyCaret is an open-source, low-code machine learning library in Python designed to automate machine learning workflows.

The 2.3.6 version also has made logging level configurable by an environment variable, made the optional path in AWS configurable, fixed TSNE plot with PCA, fixed rendering of streamlit plots, fixed class names in tree plot and fixed NearZeroVariance preprocessor.

The company has also launched new documentation which Ali dubbed The Bible of PyCaret covering all the information, from installation to deployment in one place.