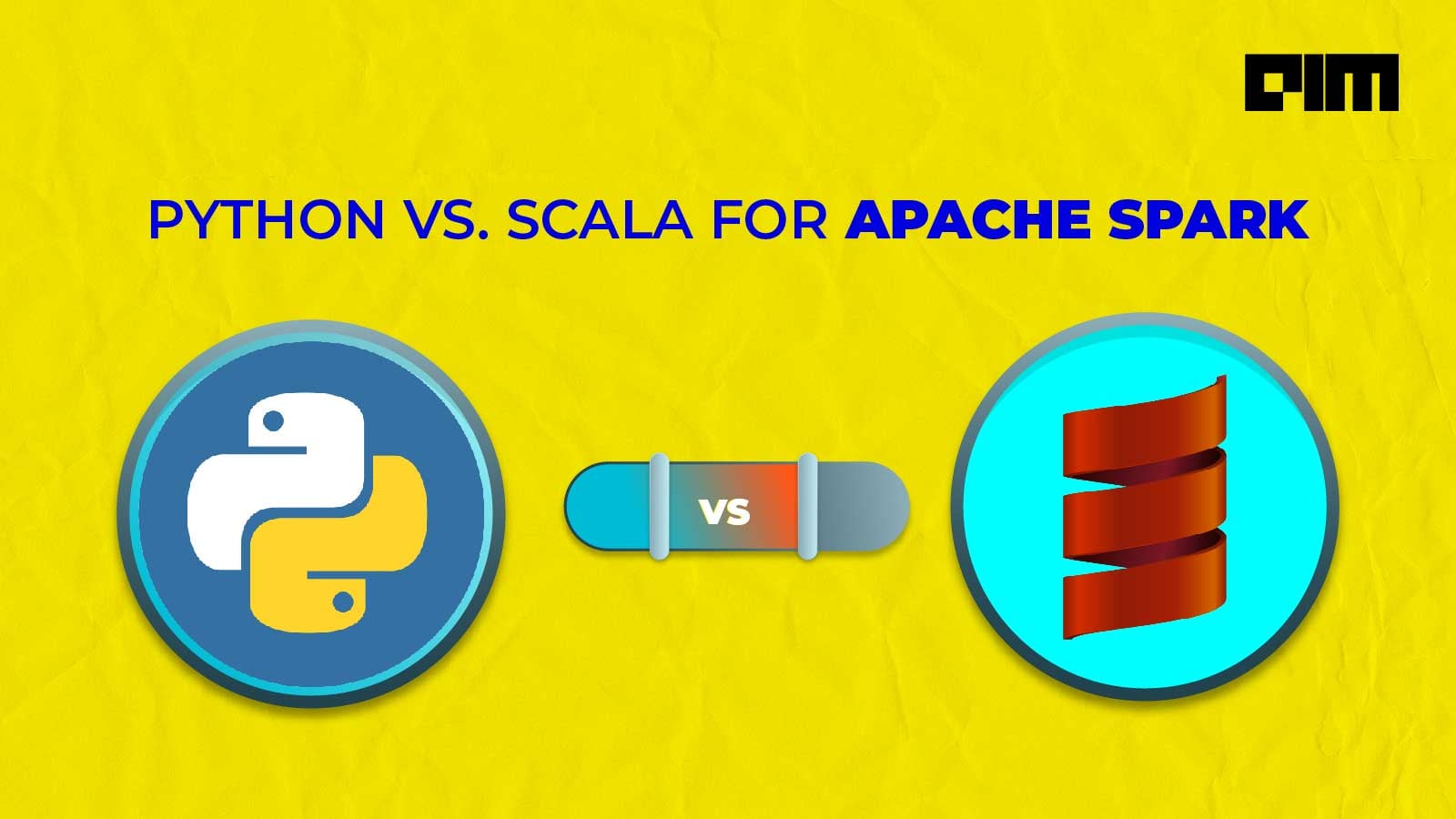 With the expansion of data generation, organisations have started utilising these vast amounts of data to gain meaningful insights. Big data tools like Apache Spark helps in making sense of the data effectively.

Choosing a language while performing a complete data processing can be a hurdle if you do not know its specifications and how it functions. Further data processing processes such as collection, preparation, processing, interpretation and more can make it daunting. Two of the most popular languages that developers prefer are Python and Scala.

Before heading into the comparisons, let’s talk a little about the two languages along with some of their advantages.

One of the most popular languages among the developers, Python is an interpreted, interactive, object-oriented programming language. The language includes many intuitive features and functionalities. Python incorporates modules, exceptions, dynamic typing, very high-level dynamic data types, and classes.

The language comes with a large standard library that covers areas such as string processing including regular expressions, Unicode, internet protocols such as HTTP, FTP, SMTP, etc., software engineering tasks such as unit testing, logging, and more.

It seamlessly integrates features of object-oriented and functional languages. Scala provides a lightweight syntax for defining anonymous functions. It supports higher-order functions as well as allows functions to be nested and supports multiple parameter lists.

Which One To Choose?

One of the significant benefits of Scala is that Apache Spark is written in the Scala language. This means that in order to understand the ins and outs of this big data platform and dive deeper into the source code, one must have the knowledge of Scala language.

Python is an interpreted language, which means it directly executes the code by converting it into an intermediate code, known as the byte code. During compilation of codes, one can easily use the text editor to edit changes and then re-execute it.

On the other hand, Scala is a compiled language and runs on top of Java Virtual Machine, which means that one cannot make changes into the codes and re-execute it by just opening the text editor.

In real-time operations, an interpreted language like Python is usually not faster enough to handle the interrupts or can be said as the real-time response in the sub-micron seconds. While in terms of sizing, Scala runs in JVM and has the privilege of hardware architecture to use the assembly codes in a direct and quick manner.

Talking about libraries, Python is the winner here without a doubt. The language is well-known for many reasons including its availability of extensive libraries, user-friendly and the vast community of developers.

Scala is a static-typed language, which means type checking is done at compile-time. This makes the language a fair option while working with large projects. On the other hand, Python is a dynamically typed language and is suitable mostly for small-scale projects.