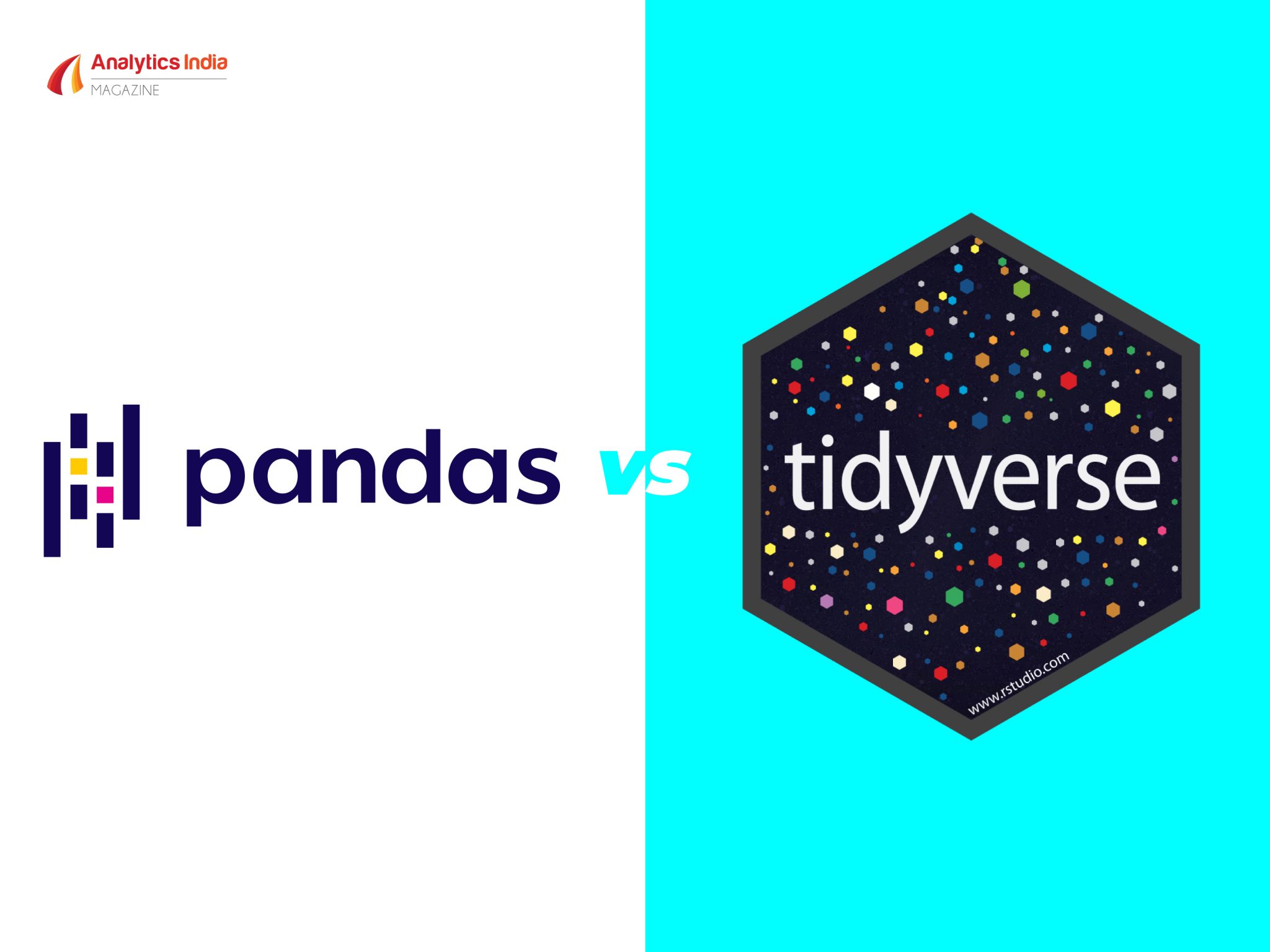 While the multi-language programming is on the rise, it is crucial to choose the best practices for your needs. Thus, understanding the advantages of different libraries will provide an edge over others while evaluating data. Here we take a closer looker into Python’s Pandas library and R’s Tidyverse and try to evaluate the various advantages and functionalities that they have over each other.

We have tried to analyse it based on functionality/flexibility, performance, ease-of-use for data manipulation and analysis.

Both Pandas and Tidyverse perform the same tasks, but Tidyverse has a lot of advantages over Pandas. One such instance is that Tidyverse includes ggplot2, a graphical representation package that is superior to what Pandas offer. Ggplot2 is even more easy to implement than Pandas and Matplotlib combined. No wonder, many developers use R programming language to represent visualisations with less number of codes effortlessly.

Pandas is defined in C programming, which makes it faster than Tidyverse. However, the implementation is not straightforward. Thus, one needs to adopt best practices for improving speed. Data scientists need to find desired methods that will expedite the performance.

For example, depending upon the necessity, one can use Pandas vectorisation or the ‘apply’ function instead of Python’s ‘for’ loops whenever possible. This, in most cases, enhances the speed by a few hundred times. Therefore, it places Pandas way ahead of Tidyverse in terms of performance.

One can perform the same tasks in both Pandas and Tidyverse, but the readability is equally important to ensure that everyone can assimilate the code and collaborate effortlessly. The dplyr packages win over Pandas in readability as their common functions nomenclatures have been done keeping in mind the action they perform. And rightly so, the Tidyverse documentation states dplyr as a grammar of data manipulation because of its methods nomenclature such as select, mutate, and more, which are verbs in grammar.

Besides, unlike the parameters of Pandas, dplyr has very descriptive parameters. It allows users to understand what arguments are passed in it quickly. This not only helps others to read the codes but is also useful for aspiring data scientists to learn quickly due to its readability. On the other hand, developers often find it hard to remember the nomenclature of Pandas. It makes one go through the documentation to implement it effectively.

Pandas has the best performance but Tidyverse is exceptional in functionality and ease-of-use. Thus, data scientists can switch between programming language depending upon the necessities while performing analysis. This will enable them to optimise the code and reduce analysis processes. It is advisable to stay familiar with the best practices of different libraries to make the most of their advantages.