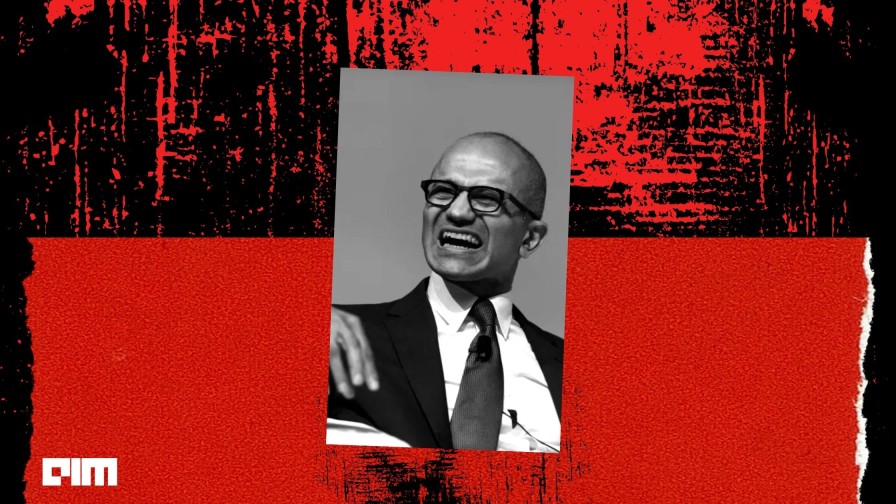 After Apple, Microsoft recently became the only publicly traded American company to hit the $2 trillion market cap. The company has reached the milestone just two years after it crossed the $1 trillion mark.

In 2019, Microsoft said it would invest $1 billion in OpenAI to build artificial general intelligence. The partnership is directed at developing a hardware and software platform within Azure geared towards AGI. Under this deal, Microsoft also became OpenAI’s exclusive cloud provider. OpenAI said in a blog, “we’ll be working hard together to further extend Microsoft Azure’s capabilities in large-scale AI systems.”

Earlier, Microsoft has built one of the top five supercomputers globally in collaboration with OpenAI. The new infrastructure is available on Azure for researchers to train large AI models.

GPT-3 was one of the most groundbreaking inventions of 2020. When OpenAI unveiled the massive language model with 175 billion parameters, it was ten times larger than any previous non-sparse language model. GPT-3 has applications in tasks such as unscrambling words, using a novel word in a sentence and performing arithmetic operations (on up to 3-digit numbers).

In September, Microsoft teamed up with OpenAI to exclusively license GPT-3. Microsoft said the exclusive license would help the company to expand their Azure-powered AI platform to democratise AI technology, develop new products and services, and drive the impact of AI at scale. For example, the tech giant will be able to ‘directly aid creativity and ingenuity’ in writing and composition, summarising large blocks of long-form data, and translating natural language.

At the Build developers conference, Microsoft unveiled its first features in a customer product powered by GPT-3. It is now integrated with Microsoft Power Apps, a low code app development platform, to help both ‘citizen developers’ and professional developers. It includes apps to review non-profit gift donations, reduce overtime required to maintain wind turbines, and manage travel during COVID-19.

On the flip side, critics panned the decision to hand over the exclusive GPT-3 license to Microsoft. Handing over privileges of such breakthrough innovations in AI could lead to a significant power imbalance.

In collaboration with Princeton University, Technion and Algorand Foundation, Microsoft introduced Falcon, an end-to-end 3-party protocol for fast and secure deep learning computations on a large network. It’s a hybrid integration of ideas from SecureNN and ABY3 and new protocol constructions for privacy-preserving deep learning.

The main advantages of this framework include:

In the last two years, Microsoft has made some heavy bets in the field of emerging technologies. The major buys include UK-based robotic process automation company Softomotive and Israeli cybersecurity startup CyberX.

This year, Microsoft acquired The Marsden Group, which uses AI and IIoT for industrial automation and safety processes. The Houston-based company supports offshore oil, industrial plants, and original equipment manufacturing facilities. One of its most important solutions is Vision IQ (deployed by Seadrill), which uses special cameras and AI to track personnel of oil derricks and alert them about hazards.

Microsoft was reportedly also in talks to buy Discord. The purported deal created a lot of buzz. However, the deal fell through.

Microsoft has introduced several AI courses, especially during the pandemic, most of them free. The company has also collaborated with universities and edtech platforms like Udacity to offer AI and machine learning courses online.

The latest in this list includes a free MIT-approved learning course “Machine Learning For Beginners” to teach students the basics of machine learning.

Seeing AI: Microsoft introduced the Seeing AI app for iOS. This app, designed specifically for visually impaired persons, uses the device camera to identify people and objects and describe them.

Counterfeit: Microsoft recently released Counterfit – a tool to test the security of AI systems – as an open-source project. This tool is touted to be the next big thing in building a robust AI ecosystem.

Garbage In, Garbage Out: The Problem Of Data Labeling