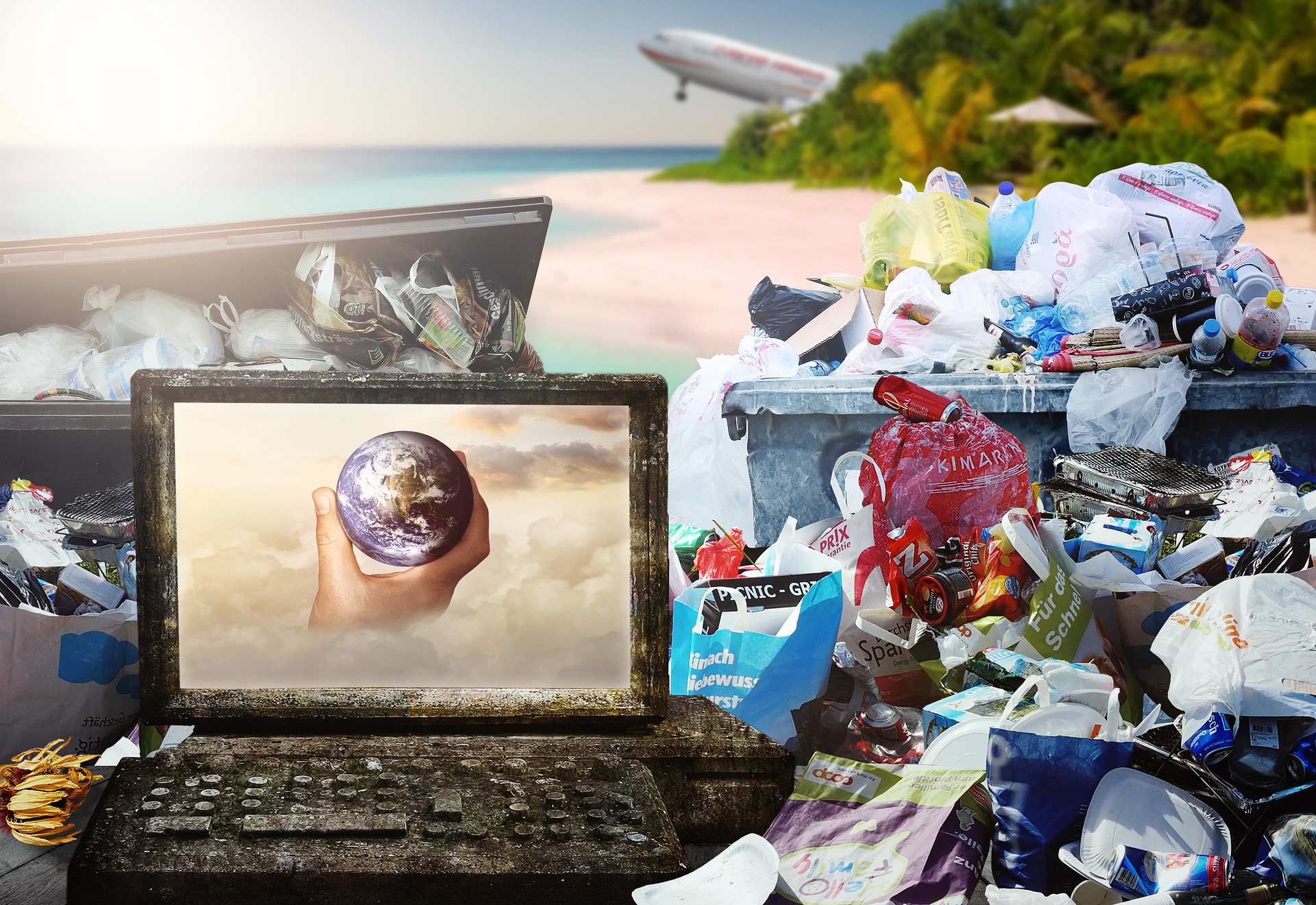 How Zenia Shapes The Future of Yoga With AI

“You must unite behind the science. You must take action. You must do the impossible. Because giving up can never ever be an option” – Greta Thunberg

Most woke Millenials have updated their vocabulary to use terms that more accurately describe the environmental crises facing the world. ‘Climate change’ has now turned to ‘climate emergency’ – but there are others who haven’t yet understood how the situation has worsened over the years.

According to a report, seven million people have been displaced globally due to natural disasters including storms and floods between January and June 2019 and the number is estimated to grow more than triple by the end of the year. The report also states that there have been more than 950 climate-related disasters happened in 102 countries — most affected continents are Asia and Africa.

However, thankful to activists like Greta Thunberg and other green parties who have motivated the organizations to step up their innovations in order to tackle the issue. Greta believes that “our society is heading towards a natural disaster and until we change our habits nothing can stop the destruction of the planet. And that includes everyone, from large industries to the individual citizen.”

According to the UN Food and Agriculture Organisation, the average temperature will rise between 1.5 and 4 degrees in the coming decades. And, countries like the US, China, Russia, and especially India will witness a drastic growth in greenhouse gas emissions.

This dramatic situation threatens the existence of every human, however, researchers and experts like to believe that it’s not too late. They believe that the advancement of Artificial Intelligence and Machine Learning can help in finding solutions to change human habits and save the planet from the imminent peril.

To help the cause, some of the best AI leaders and thinkers recently released a paper mentioning several ways to use these newer technologies to curb climate change. Some of the mentioned examples ranged from using ML to monitor the environment to developing AI-based satellite imagery to monitor deforestation.

It advises organizations to start using better materials which can replace steel and cement in order to reduce global greenhouse gas emissions, and then pair up the model with data analysis to find inefficiencies. The paper also outlines some key areas — transportation, electricity systems, farms, forests, and education, where AI and ML can be used.

According to an AI expert, Berenguer Briquez, “Machine learning technologies can help organisations to process swaths of data and come up with predictive models. It can not only help in analysing the data but also in predicting climate change.”

One of the key areas where AI can play a crucial role in the energy sector where companies are still using traditional methods for production and distribution. However, the introduction of AI has helped in automating their distribution process providing real-time assessment of demand and supply. AI can also anticipate the energy demand and therefore can help organisations use the energy efficiently.

Another sector that requires the help of AI is the logistics and transportation sector. According to a report, there has been a 120% increase in greenhouse emissions over the years. Restoring to artificial intelligence, the companies can use newer models in predicting the demand beforehand and scheduling the delivery, which in turn will help in avoiding risks, optimising the resources, and curbing its carbon emissions.

The agriculture sector is another key area that can hugely be modified by artificial intelligence. A report states that the increase in the amount of land used for agricultural processes has caused the sector’s CO2 emissions to double over the past 50 years, to 5,000 million tons. The main reason for such a disaster is the use of fertilizers, deforestation, and methane produced by livestock. With the help of AI, the agriculture sector can be turned into a more sustainable industry, and farmers will be able to produce more and can reiterate land health. In India, AI has helped farmers to get 30% higher groundnut yields per hectare by providing information on preparing the land, applying fertilizer and choosing sowing dates.

The technology industry has always been facing criticism for using an enormous amount of energy to power its infrastructure. To echo the movement, tech companies are now creating data centres that are more efficient and are powered by renewable energy.

For example, Google has partnered with a UK-based artificial intelligence company, Deep Mind to reduce the energy usage of its data centres, which brought down their cooling bills to 40%. Google also explained in an announcement, how AI helped in improving the efficiency and value of the wind-farms by scheduling energy deliveries using predictability models.

Microsoft is another company to take the lead. It has partnered with a Seattle-based conservation organisation Long Live the Kings to help them managing the salmons. With the help of AI, Microsoft is now able to compile large data sets to analyse the environment, predict, and come up with preventive solutions to tackle the disappearance of the salmons.

IBM has also recently teamed up with an international courier company, DHL to use AI in augmenting the logistic operations of the company. Additionally, Erricson and IIT Kanpur have plans to deploy an NB IoT-based sensor network to monitor Delhi’s air pollution, aiming at better monitoring and better analysis of the collected data.

An important aspect of doing sustainable business is the awareness of people about the topic. Tamil Nadu-based software engineer Julian Jewel Jeyaraj launched an interactive chatbot earlier this year— JJAIBOT as an initiative to help people educate and aware of the effects of climate change and the steps that can be used to conserve the planet.

According to the MIT tech review, there is a three-pronged strategy that can be used to address the challenges of climate change — mitigation, navigation, and suffering. Usually, organisations have more focus on mitigation however, navigation and suffering are the other two key aspects that require more attention. The review also states that adaptation, proper implementation, and building predictive models are important steps to tackle the problem.

But Tech Is Not Always Enough

Although AI has enormous potential to help us create a sustainable environment and a green future, it’s only a part of the bigger process to reach the goal. Organisations, as well as humans, should not rely on AI and other technologies to fight the cause, instead one has to do their bit to minimize the root cause of the problem.

Even the government and policymakers need to contribute by creating laws and policies benefitting the climate of the world. AI comes with several risks, such as performance, security, economic, and social risks, and therefore the government and the industry must ensure a safe and transparent application of the technology. More collaboration among the policymakers, technologists, and industry runners are required to mitigate the potential risks of AI and to grasp the real benefits.

How Zenia Shapes The Future of Yoga With AI