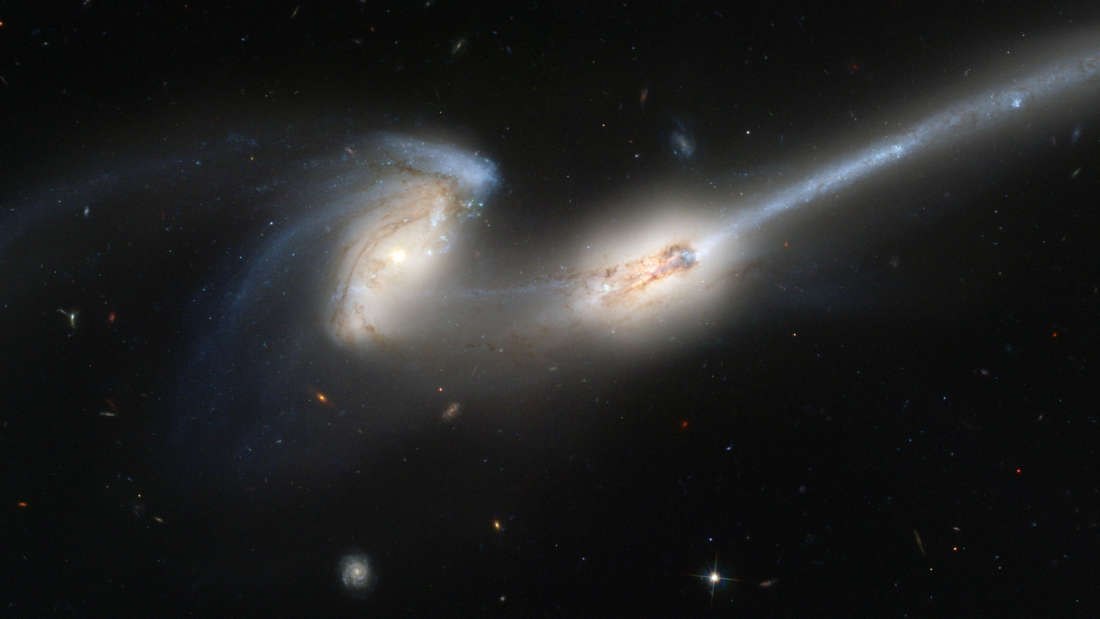 For many years, limitations of AI had been a big issue in executing AI based approaches to find out the mysteries of the universe. Then, only human researchers spotted the characteristics of galaxy mergers than automated approaches. Now, data processing power seems to have caught up.

A paper published in Astronomy & Astrophysics “Effect of galaxy mergers on star-formation rates” mentions how artificial intelligence was used to analyse star mergers data from 12 billion years ago till present. A total of 200,000 mergers, a record-breaking number were studies and the researchers discovered that while merging galaxies do not have particularly high star-formation rates, they do cause increased starburst phases.

Astronomers from SRON utilised a sample of more than 200,000 galaxies to find that galaxy mergers are the main reason force behind star bursts, making it the first instance where researchers deployed artificial intelligence in a galaxy merger study. They trained and used convolutional neural networks on the data.

The study was done to get insights into one of the most pressing questions in astronomy- which is how are stars created in the galaxies which contain hundreds of billions of individual stars.

The researchers team wrote a deep learning algorithm that taught itself to find out merging galaxies using the database that contained images of stars. The algorithm was consistent in its definitions of a merger and therefore enhanced the reproducibility of study, which the researchers say is a good prep for future research on images from billions of galaxies.

“The advantage of artificial intelligence is that it improves the reproducibility of our study because the algorithm is consistent in its definitions of a merger. Also, it’s good preparation for upcoming surveys that will image billions of galaxies,” the other lead researcher William Pearson said.

The study is hailed as a milestone, highlighting the fact that AI will play an increasingly large role in our field, according to lead researcher Lingyu Wang from SRON.

How To Deal With Rejection In Data Science Interview