AI has the potential to transform the economic landscape with significant societal implications, says Sunak 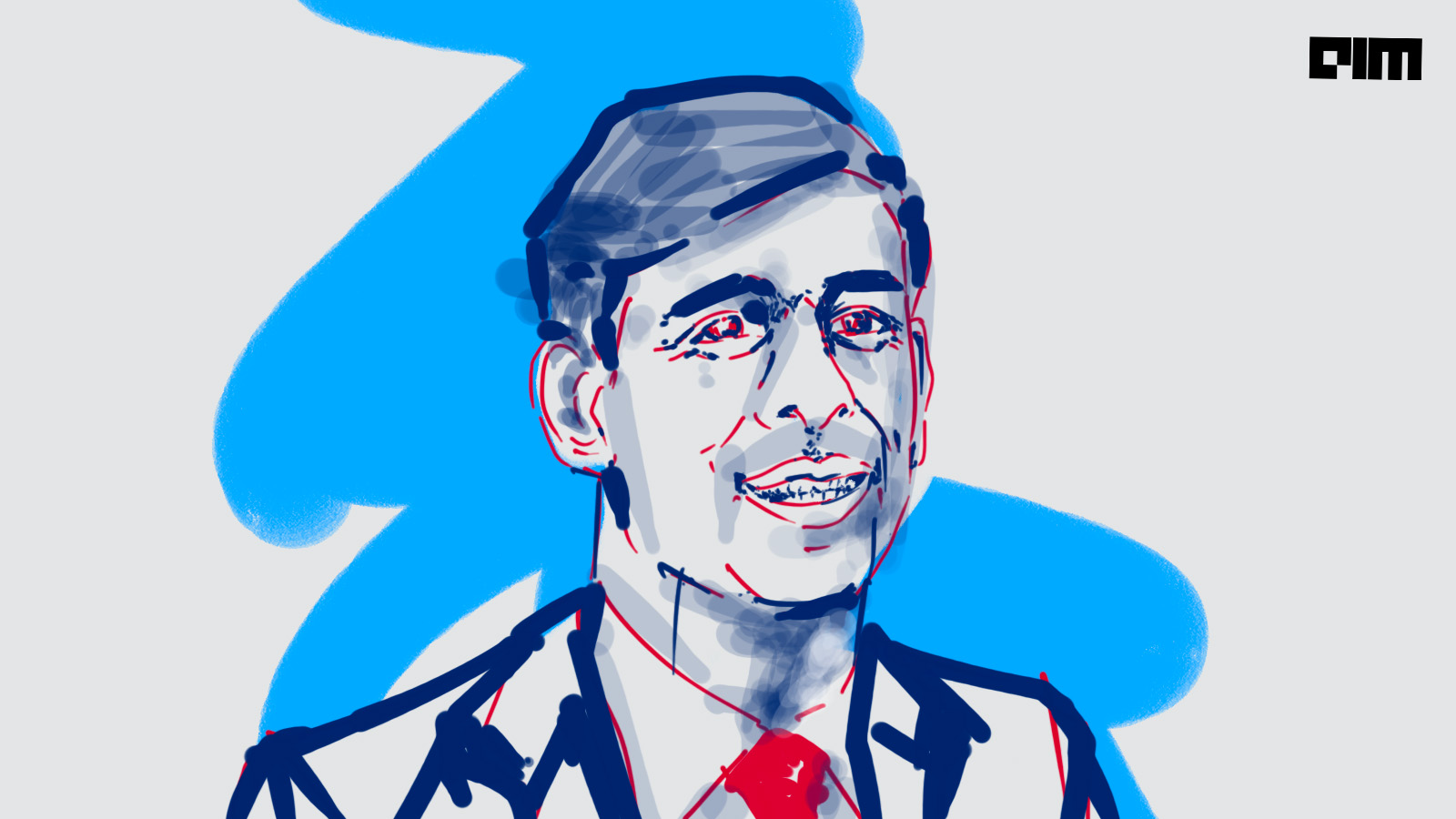 Rishi Sunak is in the international limelight following his resignation from the position of Chancellor of the Exchequer that he held for two years and announcing his candidature to serve as Britain’s next prime minister, replacing Boris Johnson who recently resigned from his position as the country’s prime minister.

Sunak has also been receiving much media attention due to his famous father-in-law, Narayana Murthy, co-founder of the Indian tech giant ‘Infosys’.

AI as revolutionary as steam engines and computers, Sunak says

Sunak is pro-tech and has been exceptionally vocal about the importance of artificial intelligence and the benefits its advancement could entail for the larger society—equating it to the likes of revolutionary inventions like the steam engine and computers.

During a Conservative Party Conference in late 2021, Sunak emphasised that AI is an undeniable reality and no longer fodder for science fiction. He added that the way the steam engine propelled the industrial revolution, computers helped advance automation and the internet allowed for global information exchange—AI has the potential to transform the economic landscape with significant societal implications.

“If artificial intelligence were to contribute just the average productivity increase of those three technologies, that would be worth around £200 billion a year to our economy.”—Rishi Sunak

At the same event, Sunak announced a GBP 34 million National Artificial Intelligence Fund for the creation of 2,000 elite AI scholarships to build the UK as a high-tech economy of the future. Sunak also announced that the number of Turing AI World-Leading Research Fellows will be doubled.

The logic for these decisions is to ensure that opportunities are accessible to all sections of English society.

Following this announcement, in January 2022, UK Research and Innovation (UKRI) revealed that it would soon call for new Turing Artificial Intelligence World-Leading Researcher Fellows. According to the official website, a call for five new fellows will be made in the spring of 2022.

In 2019, Boris Johnson expressed scepticism about the impact of machines and asked the UN to set global standards for these kinds of emerging technologies.

While addressing the UN, Johnson said, “Digital authoritarianism is not the stuff of dystopian fantasy but an emerging reality in some countries.”

Johnson also expressed concern about the vast quantities of data generated every day and its implications. This data is believed to be highly resourceful and can be used to target and influence public opinion. He attributed his concerns to the recent privacy scandal of Meta and Cambridge Analytica.

UK aims to become the next AI superpower

The UK aims to be an AI superpower and compete with the leaders in this domain like the US and China. It boasts of quite a few leading names in AI research, such as the Turing Institute and Deepmind, which have consistently put forth cutting-edge innovations augmented through AI and machine learning.

In September 2021, to better position itself as a leader in AI, the UK released the ‘National AI Strategy’—a ten-year road map plan to become an AI superpower. It laid out a three-pronged approach to realise this aim:

The UK also aims to build and nurture the next generation of AI talent by providing the right support for postgraduate studies, re-training and wider accessibility for specialised courses.

Recently, the UK government published a report highlighting the steps it had taken since the 10-year road map plan came out in 2021. Noteworthy highlights include: