Run your first data analysis program in the browser with PyScript 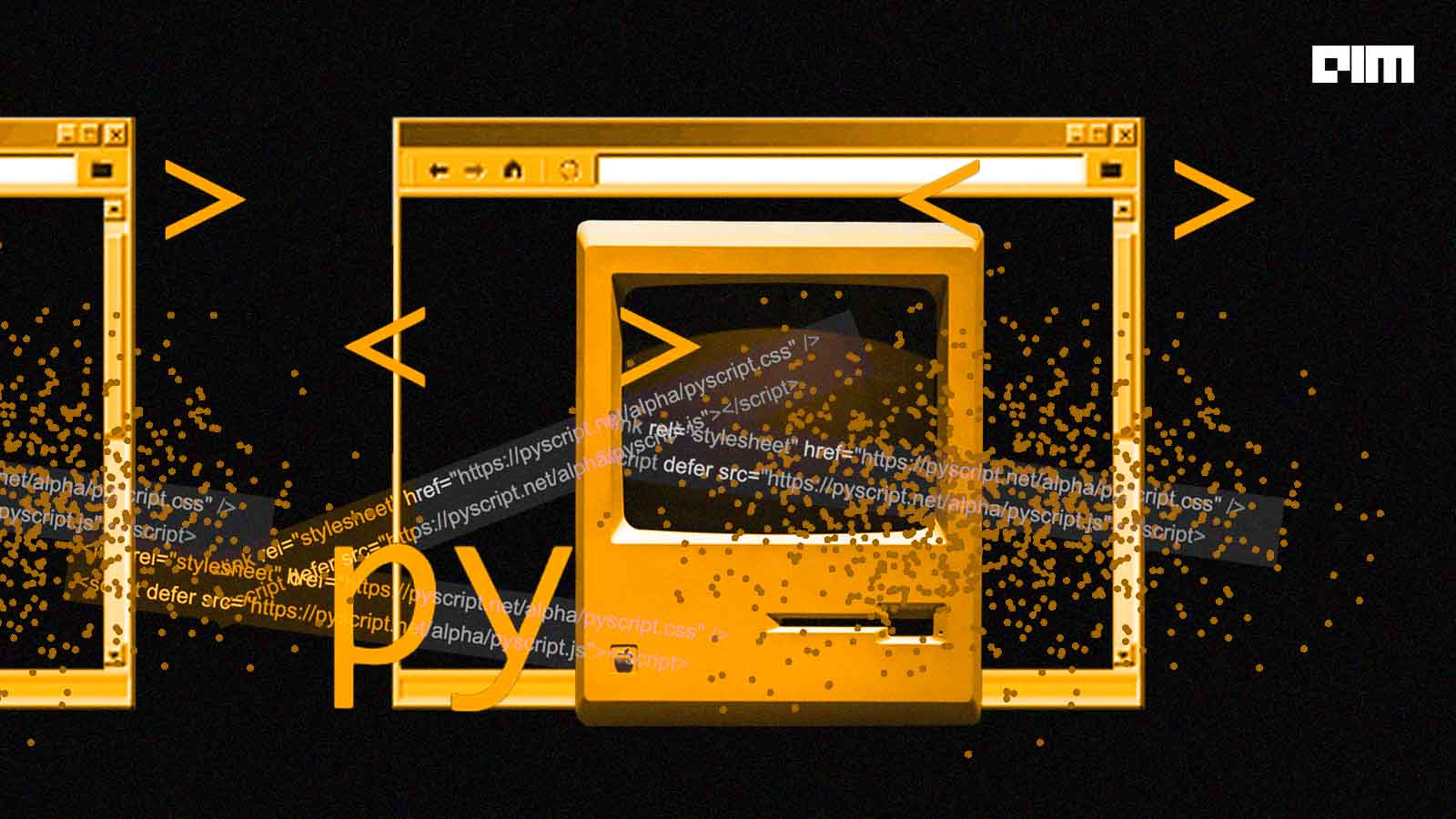 Python is mostly utilised on the backend of websites, with frameworks such as Django and Flask. But, Python did not have as much front-end support as other languages such as JavaScript. But this has changed with PyScript.

PyScript is a Python front-end framework that allows users to build Python applications on the web using an HTML interface. This article will be focused on building a webpage with PyScript where we will perform the visualization of data.

PyScript is a JavaScript framework that lets users construct Python apps in the browser by combining Python with regular HTML. The eventual purpose of the project is to enable a much larger audience (for example, front-end developers) to benefit from the power of Python and its numerous libraries (statistical, ML/DL, and so on).

Pyodide is the foundation of PyScript. Pyodide is a Python distribution (a CPython version) for the browser and Node.js based on WebAssembly.

WebAssembly is the technology that allows Python programmers to create web pages. It employs a human-readable text format language that is then translated into a binary code that browsers can execute. We can now create code in any language, compile it to WebAssembly, and run it in a web browser.

Emscripten, an open-source compiler toolchain, may be seen in the following graphic of the tech stack. It enables the compilation of any portable C/C++ codebase into WebAssembly.

Fortunately, end-users, do not need to completely comprehend what is going on behind the scenes. However, it is unquestionably necessary, for example, for security reasons.

PyScript now allows creating and executing Python code in a browser. The plan for the future is to provide support for more languages. This is also where a possible constraint may arise. Currently, while using PyScript, we can only utilise libraries that Pyodide supports.

To build a webpage we need to know about HTML and CSS. Let’s start with a basic example of printing “Hello world”.

Defining the HTML structure for webpage

Now let’s move on to the advanced example. In this example, we will plot some charts using matplotlib.

In the above code, there is a div tag that will create a blank box for the content inside the tag. Then by using the py-script tag we can write the whole python within the tag and understand it as writing a python script. To use the Matplotlib, Pandas, and NumPy we need to create an environment for that we are using the py-env tag.

We can also use the CSS for styling the page and modifying the page, leaving that to you.

PyScript will allow us to run Python (and other) scripts directly from our browsers; the project is being developed by Anaconda; the project is currently in alpha, but we can already experiment with a selection of libraries provided by Pyodide. With this article, we have understood about PyScript utilization in building a webpage in python.