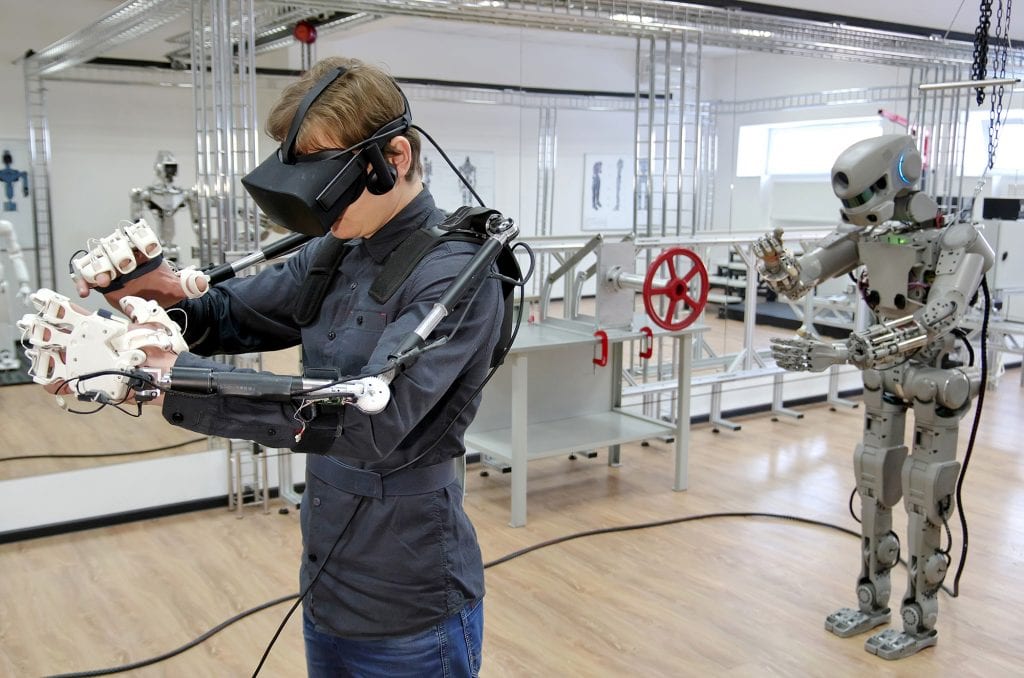 Russian government is not only harnessing artificial intelligence, but it’s also weaponizing it for the battlefield, and to gain advantage in cyber warfare. Russia is taking important initiatives to gain edge over other countries in the AI race.

Moreover, Russia is also moving forward in the global AI investment race. They invested in a California-based start-up, called Astro Digital. The firm is developing a technology that enables users to easily search for and process images of the Earth’s surface so that they can monitor specific areas and analyse changes.

Russian autonomous drones can be seen swarming like wasps, in several videos showcased at the arms trade fairs. Surprisingly, these drones are being used not just for recon, but they can also destroy air and ground targets leveraging the scope of AI techniques.

On the other hand, while Russian army drones learn to attack the enemy, cruise missiles have been able to accomplish this for a longer time. Today, robust missiles, belonging to Granit and Oniks classes can pound the enemy using artificial intelligence.

There is no doubt Russia is focused on creating highly autonomous weapons, more commonly referred to as killer robots. According to US Deputy Secretary of Defense, Robert Work, Pentagon is already feeling the pressure to keep up with Russia in the highly autonomous weapons race. Russia and China have heavily invested towards building a robot army, reports suggest.

Russia’s Unicum AI to lead military robots on the battlefield

A Russian company, The United Instrument Manufacturing Corporation (OPK) has developed a software package Unicum. The AI software gives military or civilian robots enough AI to perform complicated tasks completely on their own.

Unicum can be compared to ‘Skynet’ from the Terminator franchise. The AI can power a group of up to 10 robotic complexes, communicating and distributing ‘roles’ among the robots. Besides, Unicum can choose the ‘commander’ of the robotic task force and assign combat mission to each individual machine. “This is the first AI system of that quality that has successfully completed the tests and has been passed on to the client. The technology is being readied for installation on real life robotic systems,” extols Sergey Skokov, Deputy Director, OPK.

Furthermore, AI can locate targets, choose dominating positions on a battlefield, request target elimination validation from human operators, and eliminate the targets. The AI is impressive, it can automatically request replacements for disabled machines. The developers of Unicum claim that humans will keep out of future combats with robots leading assault.

These robots will be capable of executing tasks independently using Unicum, besides evaluating the situation, plotting new courses, as well as communicating with other machines. Skokov describes, “This is yet another step to the creation of fully-fledged artificial intelligence, enabling mechanisms with nearly human capabilities.”

Another firm in Russia, the Kronstadt Group is developing AI for UAVs, which could be utilized for both military and civil applications. These UAVs can be unified to form “swarms of drones” in the future. Armen Isaakyan, CEO, The Kronstadt Group says, “We strive to create AI management and software systems for any types of unmanned vehicles, not just for military purposes, but for civil usage as well, particularly for spheres that pose danger to people’s life and health, public order or infrastructure.”

However, it’s too early to talk about such “swarms”, except for some secret programs. Besides, completely autonomous AI operation systems already exists on the field, which provide the means for UAV clusters to fulfill missions autonomously, sharing tasks between them.

The organization is also working on a UAV defense system. These highly advanced drone defense systems will come to be a commonplace in the future. Russia is already taking significant strides in the same direction.

The AI-based “Attack Flock” from Russia

Undoubtedly, Russia is making impactful strides when it comes to developing and utilizing AI for defense applications. Networkcentric Platforms has developed a software that enables the defense to control a group of six aerial vehicles simultaneously.

Currently, the drones won’t be allowed to fly on their own, their actions will be governed by control operators in a command center. The “flock” will be able to attack enemy airplanes, helicopters, and even cruise missiles, in the future.

During tests, reconnaissance data was transmitted from different angles and viewpoints to create a 3D model of the terrain. Such systems are really simple, they are usually fitted with a computer and special software capable of assessing the behavior of a drone in relation to other members of the “flock”. Besides, these systems rely on several sensors for spatial orientation.

Looks like Russia is doing everything to deliver on its promise of creating robot soldiers. Ivan the Terminator is the latest addition to the country’s list of high-tech weaponry, designed to change military warfare forever.

The robot can replace the person involved in battle or in emergency areas, where there is a risk of explosion, fire, high background radiation, or other conditions harmful to humans. These robots can also drive cars by automatically scanning the road for any blockages or barriers. Besides, they can emulate the exact movements of a human, using a special control suit that can be worn by the operator.

Additionally, Ivan is equipped with sensors in its suit, which can read the fine motor skills of the neck, shoulders, hands and fingers, allowing the robot to accurately repeat the exact movement. However, fears revolve around them, as these robots could become completely autonomous in near future.

Final Experimental Demonstration Object Research, or FEDOR, as it’s popularly referred is another class of robots being developed by Russia. The robot stands six foot tall, weighs between 106-160 kg, and can lift up to 20 kgs of cargo. Currently FEDOR is progressing, with its newly acquired ability to hold and fire two pistols at the same time.

Russian scientists had already developed the first missiles with artificial intelligence, back in 1970s. The missiles were created for the Strategic Nuclear Deterrence Forces and in naval armaments. These included the Russian Navy’s most secret anti-ship cruise missile, the Granit, the first weapons system with artificial intelligence, known to humans.

The electronic and physical profiles of the foreign warships are programmed into the missiles’ computer, which is a standalone feature. Besides taking into account the dimensions and contours of a ship’s deck structure, data about the various electromagnetic and other fields unique to particular classes of vessels is also brought under consideration.

The missiles promptly reassign tasks and start to destroy other targets, as soon as they hit the main target. Moreover, these missiles travel at supersonic speed, performing fast and furious maneuvers. They are not only invisible to modern radar systems, but it’s practically impossible to escape a “flock” of Granit missiles.

Russia is replacing its Granit missile with more advanced weaponry

The Russian Defense Ministry plans to modernize its Project 949A Antey submarines and the Project 1144 Orlan heavy nuclear-powered missile cruisers. Three Oniks launch pack will replace the 24 Granit missile systems on each of the missile tubes. The P-800 Oniks missiles are smaller than the traditional Granit missiles, however, they have inherited the same AI system as Granit.

Consequently, the weapons load of vessels will increase from 24 to 72. Interestingly, they will all be new supersonic cruise missiles, turning vessels into genuine maritime fortresses sailing the oceans. The first Project 1144 cruiser, the Admiral Nakhimov, is already in dock at Severodvinsk. On the other hand, the Project 949A submarine is in dock in the Far East.