Sanmay has worked with the US Treasury department on machine learning approaches to credit risk analysis, and occasionally consults in the areas of technology and finance. 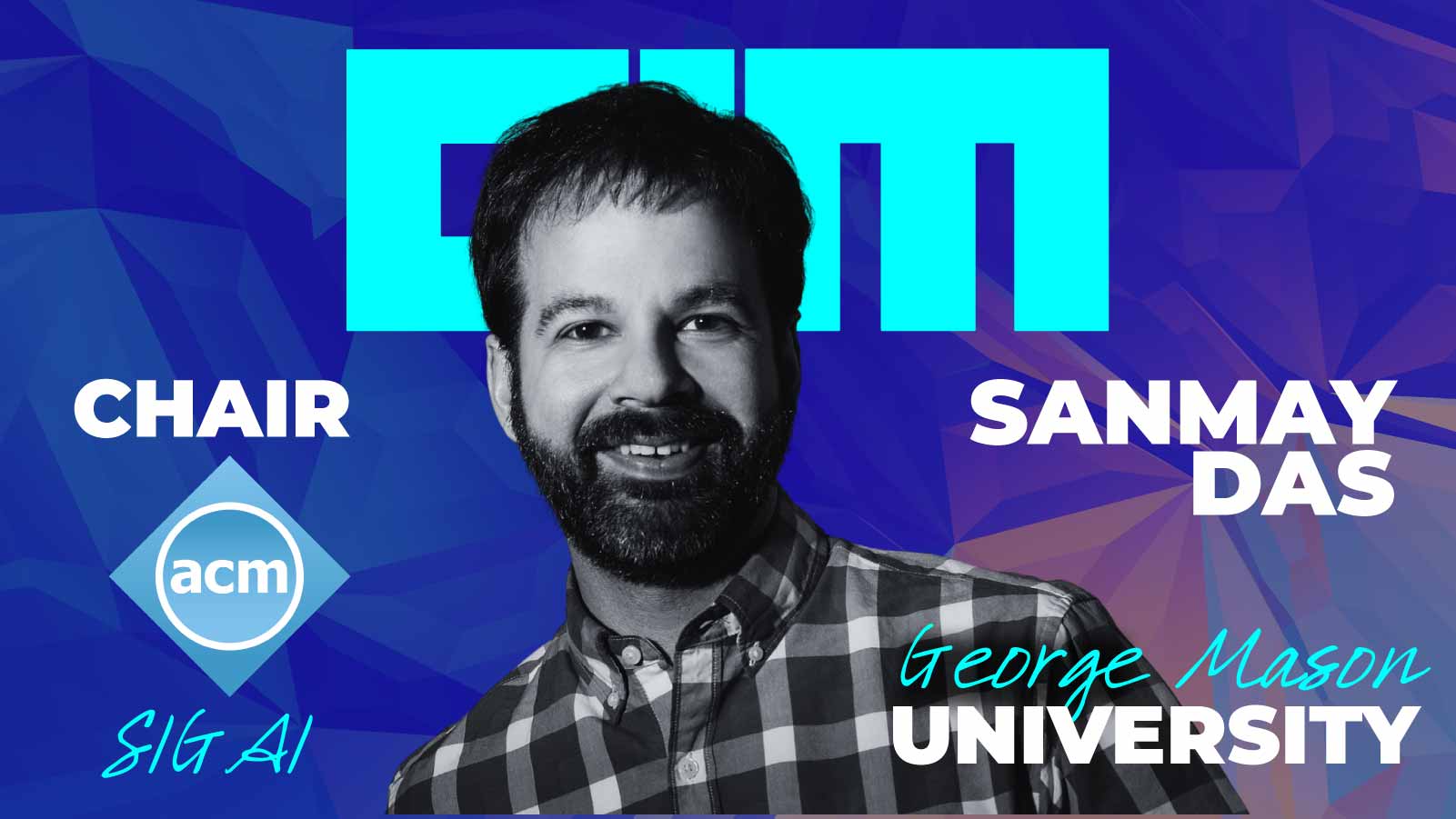 “Avoid incrementalism and the desire to measure the value of your research by competitive benchmarks and metrics.”

For this week’s ML practitioner’s series, Analytics India Magazine (AIM) got in touch with Sanmay Das, whose research interests are in designing effective algorithms for agents in complex, uncertain environments and in understanding the social or collective outcomes of individual behaviour. Sanmay is a computer science professor and serves as the chair of the ACM Special Interest Group on Artificial Intelligence and a member of the board of directors of the International Foundation for Autonomous Agents and Multiagent Systems.

Sanmay: After completing high school in India, I came to the US to attend Harvard University, intending to study Physics, but also excited by the opportunity to take courses in many different subjects. I found myself far more engrossed in my Computer Science classes and had decided that would be my field of study by the end of my first year of college. In my second and third years of college, coursework and research with Profs. Charles Elkan (who was visiting from UC San Diego at the time) and Barbara Grosz really drew me into AI and machine learning. I moved a couple of miles down the river to MIT for graduate school, where I was privileged to work with Profs. Tomaso Poggio and Andrew Lo for my PhD. I delved into research at the intersection between computer science, finance, and economics, which was still somewhat of an unusual combination twenty years ago, but has continued to form the core of my research interests since then.

Initially, I was really taken with the idea of understanding intelligence by generating intelligent behaviour (rather than studying systems that already exhibit it). I started working on systems where multiple agents interact, and, even though I am now considerably less optimistic about generating truly intelligent behaviour in my lifetime, I still find the question of how to design agents that can achieve (perhaps more limited) goals in complex, multi-agent environments absolutely fascinating.

AIM: Can you tell us about your current role as Professor of Computer Science?

Sanmay: It’s a mix of research, teaching, and service (both to my university, George Mason, and to the profession more broadly, for example, through my role as Chair of ACM SIGAI). At a major research university, you spend most of your time on the research side of things, and these days I work actively on ethical and fair AI-enabled allocation of societal resources and on using machine learning for measurement in the social sciences. I work a lot with PhD students and with colleagues all over the world, both on the research and service sides. I also love teaching undergraduate students because I remember how foundational learning at that time was for me and because I feel like there’s something unique that we can contribute through the human contact that takes place in a classroom (ideally physical, but also virtual!).

AIM: You have held many roles in your career, including the Chair of ACM SIGAI. What, according to you, should the AI community focus on going forward? What is the consensus amongst the researchers?

Sanmay: I don’t think there is any consensus, really. AI is an exceptionally “broad tent” community, and part of its strength is that researchers in many different subfields pursue their research with conviction and enthusiasm. Of course, there’s a lot of focus on deep learning these days, but there are many who think it must be in some way integrated with reasoning, common sense knowledge, causal reasoning, etc., in order to move beyond its current capabilities. Those designing AI systems must think carefully about the societal impacts of the technology, both direct and indirect, and the moral and ethical questions that come up. In my opinion, it would be hard to do that without deep connections to the social sciences and humanities.

AIM: Do the research objectives lean more towards financial incentives backed by the startup ecosystem, or is it a pure research purpose? What kind of projects get funded more?

Sanmay: In the US, most academic research in computing, including AI, is funded by government entities like the NSF, NIH, and DARPA. These tend to support basic research. In recent years, there has been more funding from some of the bigger tech companies and arrangements where researchers have dual appointments, etc. Faculty and students will often launch or spend time at startups, which are usually inspired by research, but the directionality there typically goes from the research to the startup idea.

AIM: What are the frequently picked sub-domains/subjects within AI by your students and your peers?

Sanmay: In terms of undergraduate and masters students, machine learning, in general, is very popular and in-demand these days. Research and PhD programs are more mixed and depend on the strengths of the specific department. Many students within AI and machine learning want to study deep learning, computer vision, and NLP, but there’s also a growing interest in the areas of fairness, accountability and transparency in AI, as well as more broadly in intersections between AI and society.

AIM: What do you like and dislike about the current state of the AI research community?

Sanmay: I love the fact that AI is a very welcoming, broad tent, and positive community, with an increasing diversity of all kinds within the community. In addition to the intellectually fascinating problems we study, it’s a joy to get to be in a field with so many genuinely great people. I sometimes get frustrated at the level of fragmentation between the subfields. Another major problem we are facing is that with the explosive growth of the area, it has been hard to maintain quality in the traditional vetting and reviewing processes for research, and also just hard to keep up with the volume of papers being published every year.

AIM: How do you see the landscape of AI/ML research evolving in the future, and which domain of AI do you think will come out on top?

Sanmay: One of the things I study is prediction and forecasting, and I will forecast that any prediction I could make would probably be wrong! I’ll just note that many areas that seemed “dead” gained new life — for example, before the recent success of deep learning when I was a student, people often used to say that “neural networks are the second-best learning algorithm for any problem” and things like SVMs and ensemble methods were “hot.” So, who knows which subfields will gain special prominence in the coming years! We will likely need results and understanding from all the domains that researchers study and will need to understand which ones were useful and which were not for any given problem. Research builds upon itself, and so every idea that stands the test of time is built on the shoulders of mountains of prior work, both successful and unsuccessful!

AIM: What would your advice be to future AI/ML researchers?

Sanmay: Do what you love. Avoid incrementalism and the desire to measure the value of your research by competitive benchmarks and metrics. Solve real problems. Talk to domain experts in the area you would like to influence! Think deeply about the impacts of the artefacts you are studying and building on real people, especially those who may be different from you.

AIM: What books and other resources do you recommend for beginners?

Sanmay: The Russell and Norvig text is still a classic in general AI. For a conceptual and foundational introduction to machine learning, I love “Learning From Data” by Abu-Mostafa, Magdon-Ismail, and Lin.