Should AI Be Allowed To Get Patents? How Can Indian Companies Protect Their Inventions? 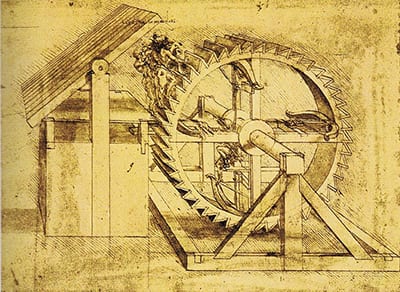 Is software patentability an important issue in artificial intelligence, especially in the current economic context? Commercially-focused companies such as DeepMind and Google take the lead in filing AI patents. A recent report pointed out that DeepMind, a company that leads in AI research for public good, had filed a series of international patent applications which have now come in the public eye. The AI applications are linked to a slew of modern-day machine learning functions and are of significant potential, especially in the commercial AI sector. However, the question is, should AI be patentable? If so, how can companies protect their IP rights to maintain competitiveness?

Herbert Roitblat, principal data scientist at Mimecast, an international company which specialises in cloud-based email management, had said that the older view was that algorithms were not patentable because they were “discovered” and not invented from scratch. Another viewpoint is that algorithms cannot be patented because traditionally they only list down a set of instructions to follow. The principal data scientist argues that even though current AI applications are suited for particular tasks, the ultimate goal is to advance artificial general intelligence. For example, DeepMind’s recent innovation AlphaGo Zero can be patented since it is a general-purpose system built to advance AGI and not just play the game.

Google had filed an AI-related patent in 2015 and had filed six more by the end of the year. After AI research and filing patents, discussing IP rights is another competitive arena for tech companies. In a cross-competitor analysis of over 1,000 important AI patents performed in 2016, Google, IBM and Microsoft owned almost every all-encompassing AI patent. This basically means that in the future, these three tech-giants have a competitive edge over all the other players in the AI market.

Despite a looming patent war, there is still a lot of ambiguity regarding IP laws in AI. The current IP law in US or India, for example, regards humans as inventors or creators and do not assign a machine or AI system a standard or accountability for IP. Given how AI-focused companies are doubling down on technology, IP sharing will form a crucial aspect of the overall development agenda and sustainability for promoting AI for good. However, under the current copyright law, all AI-generated work is likely to be excluded from copyright protection, that is, it might still be copyrightable if a human had provided the creative intervention that produced the work

How Can AI Be Patented In India

According to technology lawyer and patent expert Rahul Dev, software and computer-related innovations can be patented under Indian patent laws. However, according to section 3(k) of the Indian Patents Act, computer programs, mathematical formulae and even business methods are regarded as non-patentable inventions.

India also excludes computer programmes or algorithms from getting patented as per the Computer-related Inventions (CRIs). Hence patents can only be granted if they pass the software patent eligibility test and are combined with hardware aspects to be registered under Indian patent law. According to US and India-based IP consultants, companies which want to claim IP protection should follow these guidelines:

Should Work In AI Be Considered Patentable?

In a blog post by New York-based global law firm Pillsbury Winthrop Shaw, law professor Ryan Abbott is cited emphasising that there are cases where a computer’s output should be held as patentable and the computer should be recognised as an inventor or a co-inventor. A section of lawyers believes that copyright laws are antiquated and should be updated to reflect current technological developments.

AI researchers also argue that as AI-facilitated innovations evolve, the law should be changed to take into account inventions co-created by AI. Tesla chief Elon Musk had famously said in a blog post that technology leadership is not defined by the number of patents filed by a company. In the near future, Tesla will be applying the open source philosophy to patents which would only strengthen the company’s position. Tesla chief’s vision echoes Max Tegmark’s viewpoint in his 2017 book Life 3.0: Being Human in the Age of Artificial Intelligence where all AI inventions are open to the public. Tegmark’s book envisions a superhuman future where all AI inventions are patentable.