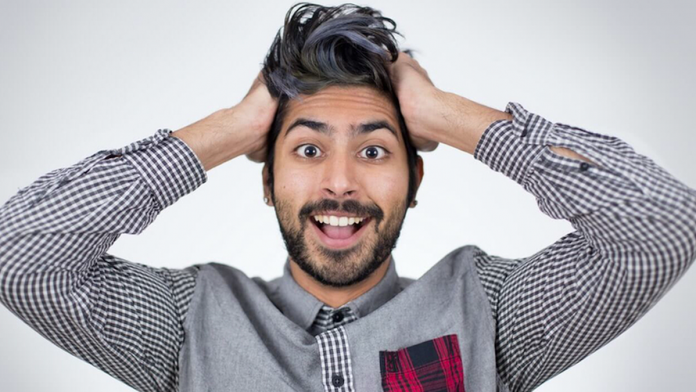 In October 2019, Siraj Raval, a popular YouTuber for AI-based educational videos and founder of School of AI, was involved in a plagiarism scandal. Siraj’s Neural Qubit paper was plagiarised from other research papers by Nathan Killoran and Seth Lloyd. The plagiarism was exposed by Andrew M Webb, a research associate in the computer science department at the University of Manchester on Twitter.

A flood of criticism followed, after which Siraj Raval admitted to the plagiarism. Now, one of his most recent uploads on YouTube is an effort to make up for his wrongdoings. He said, “This video is dedicated to all the developers whose code I have used in my videos without properly crediting and claiming it was my code.”

In the video, Siraj looks apologetic and cites the reasons for doing all the unethical things. He claims it was his selfishness and ego which convinced him it was okay to take others work and claim it was his without even crediting them.

“I spent all of my time on Github.com and looked for code which was interesting and useful. Then I downloaded it and reuploaded it to my own Github and put the name of the author of the very bottom of the Github ReadMe. But inside the code, I would be very ambiguous and I wouldn’t name the author. Here is the embarrassing part, I would say here is my code, and all I did was reupload someone else’s code,” Siraj admitted in the video.

Siraj Raval Says He Is No Longer Obsessed With YouTube Views

In the latest video, Siraj Raval also confessed that getting caught for plagiarism and unethical work has opened his eyes. He said he didn’t want to make videos unless it’s going to be super meaningful to him and others moving forward. “It’s not going to be just for the views,” Siraj said. He goes on to admit that earlier he had been obsessed with hitting 1 million subscribers on YouTube, and now seeing so much criticism and negativity, he doesn’t care anymore about views.

This seems like a completely different Siraj — one that had said he was a slave to YouTube’s algorithm in a podcast with Lex Fridman. “I am a slave to the YouTube algorithm and I have a certain subscriber growth that I want to continue. The YouTube game is so much part of my existence and my life. My reward system is so much attuned to likes, comments and subscribers that I can’t imagine doing that,” he had told Lex. The podcast has since been deleted but the footage from the Lex Fridman podcast which is quoted in this article is available online.

Siraj said he has witnessed a huge mental shift recently as opposed to earlier when he had been trying to engineer his videos to get more views, more likes and more subscribers. He even said he will focus on uplifting developers and researchers by promoting their work.

“Moving forward, I am going to focus on promoting other developers, crediting them in the video, uplifting other researchers and having a huge focus on that. I don’t care about being famous any more,” Siraj Raval announced in respect to his future plans.

Are Siraj Raval Viewers Ready To Forgive And Forget?

One look at the comments section of his apology video shows that a lot of people still find him disingenuous. He particularly shifted the focus from a serious offence of plagiarising research work to the issue of ‘not crediting Github developers’.

Nowhere in his video he made a direct reference to his paper Neural Qubit — which he plagiarised and blatantly copied and paraphrased things from others’ research work. He only made a small reference to the plagiarised work in the description of the video.

“It takes some bowls to come clean, HOWEVER, this doesn’t really sound like an apology. I think you are still trying to justify your actions,” wrote a follower in the YouTube comment section.

Another major thing highlighted by people is the issue of refund of the course fees. Siraj Raval had created a course and announced in his prior video- Make Money With Machine Learning. Siraj had made over $200,000 selling the $200 course to more than 1,000 followers. Ever since the plagiarism scandal, his followers have been asking for the refund, also citing the poor quality of the course. Meanwhile, Siraj added a refund policy saying that the refund had to be claimed within 14 days of registration.

“Good to see an apology, but sad that there is still no reference about the course in which you took $200 from each student, only to make them a fool. I myself have not received my refund, nor have you replied to my emails. First refund all the money that you have earned fraudulently and only then talk about self-realisation and respect,” wrote Arvind Kumar in the YouTube comments section of Siraj’s ‘My Apology’ video.

“You never answered my email for the money back. Your course was a total scam and you didn’t comply with your agreement. Are you ready to give me my money back or not?”, writes Ignacio Aredez on Twitter.

The Stench Of Plagiarism

Critics have also raised the fact that Siraj does not understand what he teaches in his videos. He admitted this to Lex Fridman also, particularly in regard to his tutorial videos on Differential Neural Computer and Quantum Machine Learning. “Honestly I knew 50% of that before I made that video,” he told Lex.

In the Neural Qubit paper as well, Siraj tried to paraphrase things to hide plagiarism. He changed the concepts like Logic Gate to “Logic Door”; and Complex Hilbert Space to “Complicated Hilbert Space”, which is something many researchers instantly pointed to when he published his paper. His critics say if he had understood these concepts, he would have paraphrased the paper better. His alleged poor understanding of technology concepts (including those he plagiarised in his paper) is also something which Siraj did not address in the apology video.

Siraj went through his Github repositories, all 400+ of them and found the names of the developers who he didn’t credit in his prior work, and read their names in his video. He also said the whole incident has hit him hard and made him consider not doing YouTube and doing something that would be less taxing mentally.