Snowflake’s Upcoming IPO: Does This Signal A Strong Future Of Cloud Data Warehousing? 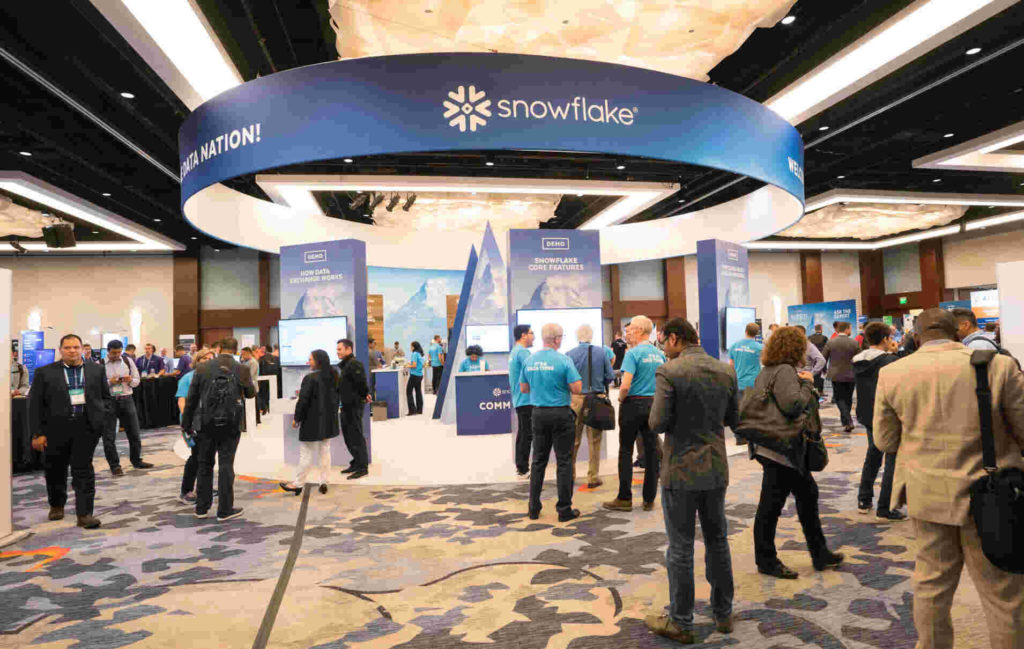 Snowflake is probably one of the most exciting Initial Public Offerings taking place this year. Analysts have given favorable estimates for the upcoming IPO and even said that the soon to be publicly traded company could be the next big cloud firm that can provide great returns to investors.

For those who are not aware of Snowflake, it is a cloud-based data warehouse founded in 2012 by three data warehousing experts who previously worked at Oracle. Since its inception, the company has acquired thousands of customers around the globe and even raised about half a billion from private venture capital firms at a valuation of about $12 billion.

The appetite for data has never been bigger, but connecting data across an organisation can be a daunting task. As the dynamics of data change within your organisation, so does the complexity companies face. When trying to deliver value from data, there are challenges such as complex data architecture where enterprises spend more time managing infrastructure at the expense of finding untapped potential within their data. Snowflake allows users to build a modern data architecture with its Cloud Data Platform that eliminates the complexity cost and constraints inherent with other approaches.

Snowflake relies on the conventional computing infrastructure where virtual machines are available to anyone on a public cloud platform. But in an already congested domain dominated by data warehousing tools such as Oracle, Teradata, SQL Server and cloud data warehouses with the likes of Amazon Redshift and Google BigQuery, what makes Snowflake different?

According to analysts, it is the multi-cloud feature of Snowflake, which makes cloud data warehousing valuable for its thousands of clients. Snowflake proved that data warehousing isn’t dead. You have to separate the compute from the storage layer, and that increases flexibility, security and gives users the ability to run across multi-cloud.

To elaborate, Snowflake uses scalable cloud blob storage available in public clouds like AWS, Azure for Microsoft and GCP. Utilising massively distributed storage systems enables Snowflake to give a high amount of performance reliability and scalability needed by the most intensive data warehousing workloads. Snowflake’s architecture cloud data warehouses have been built to process massive volumes of data with a high degree of efficiency.

This unique architecture makes Snowflake applicable to a wide range of workloads including data engineering by leveraging its ability to streamline data ingestion and integration, for data warehousing with unlimited performance and concurrency to streamline data science workloads. Thousands of companies including McKesson, Instacart Square, Caterpillar and others have reported performance, scale and productivity gains utilising the Snowflake cloud data platform. Currently, the platform has over one exabyte of data under management, and hundreds of thousands of users execute hundreds of millions of workloads every day.

The growth is incredibly strong, and it’s probably a great time for them to hop into the public markets, offer liquidity, and maybe get public investors much more familiar with the name. This is also expected to make people aware of cloud data warehousing and create a unique investment segment. For the fiscal year which ended on Jan. 31, 2020, Snowflake disclosed revenue of nearly $265 million, up 173 per cent year over year. The company kept up its amazing pace of growth for the first six months of this year, clocking revenue of $242 million, up 133% compared to last year.

Where Cloud Data Warehouse Fits In The Realm Of Public Clouds

Cloud Datawarehouse is about giving enterprises universal access to their data in a secure and cloud-based approach. Snowflake, in fact, runs on top of three of the biggest cloud platforms globally, which are Amazon Web Services, Microsoft Azure, and Google Cloud. Snowflake has collaborated and acquired computing and storage capacity from all three cloud giants while providing a layer on top of that. To sum, what experts say, Snowflake makes each of those platforms even better and more usable. This is precisely what has helped the company gain triple-digit hyper-growth for years. According to Motley Fool, it is the second-fastest growing SaaS company ever to IPO.

Available as a service on leading cloud providers Snowflake eliminates architectural complexity so companies can run many workloads with the elasticity, performance and scale required by the modern enterprise. What makes Snowflake unique is the architecture built entirely from the ground up for the cloud. Snowflake’s architecture consists of centralised storage for virtually unlimited amounts of structured and semi-structured data, multi-cluster compute for running multiple workloads, cloud services to automate standard administration security and database tasks. Given its cloud-agnostic layer, the platform delivers a consistent experience across cloud regions and providers.

What analysts are noticing is a widening gap between the cloud-native data warehouses and the legacy on-prem. Nobody’s going to remove their legacy applications immediately and takes years to move on. At the same time, we know that legacy companies such as Oracle and Teradata have a huge install base and relationships. The companies are also known to be stable and have compliance features built-in, which is important for banking and financial companies. For such regulated businesses, there are sensitive data sets which may not move up to the cloud, and therefore existing legacy on-prem applications will be supported by these older databases.