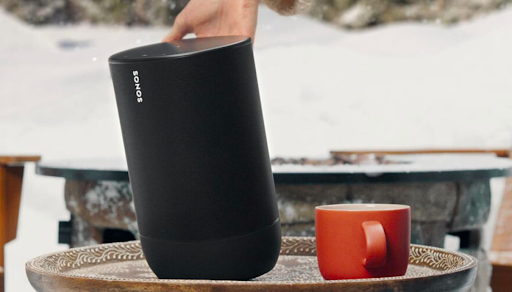 Sonos, a speaker manufacturing company, this week sued Google, alleging that the tech giant “stole” it’s patented wireless technology which enables the interconnectedness and synchronisation of its speakers over the internet. This technology first featured in 2005 when Sonos introduced its new range of wireless speaker that could be controlled from a handheld device. The technology, at the time, only allowed for changing or managing songs on the playlist and moderating the volume.

The Background Of The Speaker War

“Google is an important partner with whom we have collaborated successfully for years, including bringing the Google Assistant to the Sonos platform last year,” says the CEO of Sonos, Patrick Spence. In 2013, it employed Google to design a music service platform for its speakers and also to incorporate features such as voice control, etc. To remove as many obstacles as possible and to assist Google in the designing process, Sonos deemed it ‘harmless’ to share the blueprint of their patented technologies used in their speakers. Sonos has now filed a lawsuit alleging that Google, as well as Amazon, have replicated and implemented similar technologies (as Sonos’ patented ones) in their range of wireless speakers. Sonos claims that more than 100 instances of copyright breach have been recorded to date but are choosing to pursue legal action on only five accounts of misconduct. Apart from the blueprints, Sonos purchased the Google (and Amazon) devices and subjected the same to packet sniffing test, through which they established that Sonos’ speakers and Google’s (and Amazon) speakers, indeed, has similar mechanics involved in their functioning.

Sonos is also only taking Google to court as it feels that it does not have the ability nor the resources to fight two tech heavyweights at the same time. It is pursuing a ban on the sale of all Google devices such as speakers, laptops, smartphones, Google Nest products, etc., which, Sonos feels, is wrongfully enabled by its patented wireless technologies. Sonos is also looking for financial compensation for the damages incurred; however, the figure remains undisclosed. Sonos filed the lawsuit in the Federal District Court in Los Angeles and the United States International Trade Commission which has the authority to ban import and export of goods which infringe patent rights.

Spence comments, “Google has been blatantly and knowingly copying our patented technology,” and “Despite our repeated and extensive efforts over the last few years, Google has not shown any willingness to work with us on a mutually beneficial solution. We’re left with no choice but to litigate”

In their defence, Google and Amazon have each release a statement. Jose Castaneda of Google said, “We dispute these claims and will defend them vigorously”, adding that a legal battle could have been avoided and that the matter could have been easily resolved internally. Hereth Natalie, the spokesperson for Amazon, said, “The Echo family of devices and our multiroom music technology were developed independently by Amazon.”

It has faced stiff, crippling competition from Google and Amazon. In the third quarter of 2019, according to a report, Amazon shipped 10.5 million and Google shipped 6 million speakers respectively. In the whole of 2019, Sonos recorded the sale of 6 million units. Sonos primarily focuses on the quality of sound in their speakers resulting in their cheapest speaker being priced at $180 while Google and Amazon’s entry-level speakers can be had for as low as $50; the two companies also provide hefty discounts on their products.

“The harm produced by Google’s infringement has been profoundly compounded by Google’s business strategy to use its multi-room audio products to vacuum up invaluable consumer data from users and, thus, further entrench the Google platform among its users and ultimately fuel its dominant advertising and search platforms,” says Sonos.

Sonos needs the two tech giants to market its speakers to customers internationally. A lawsuit can have a devasting effect on the company, the likes of which it may find hard to recover from.

Sonos also adds the virtual assistant feature from Google (and Amazon) into their speakers at the manufacturing stage, since the feature continues to remain largely popular. To reduce its dependence on the tech giants, Sonos turned to the consumers, indirectly, who have the option of using either the virtual assistant or Sonos’ individual platform.

The lawsuit will certainly dampen the relationship between all the companies involved, especially Sonos and Google. Sonos, though, hopes to maintain a cordial alliance with the tech giants.