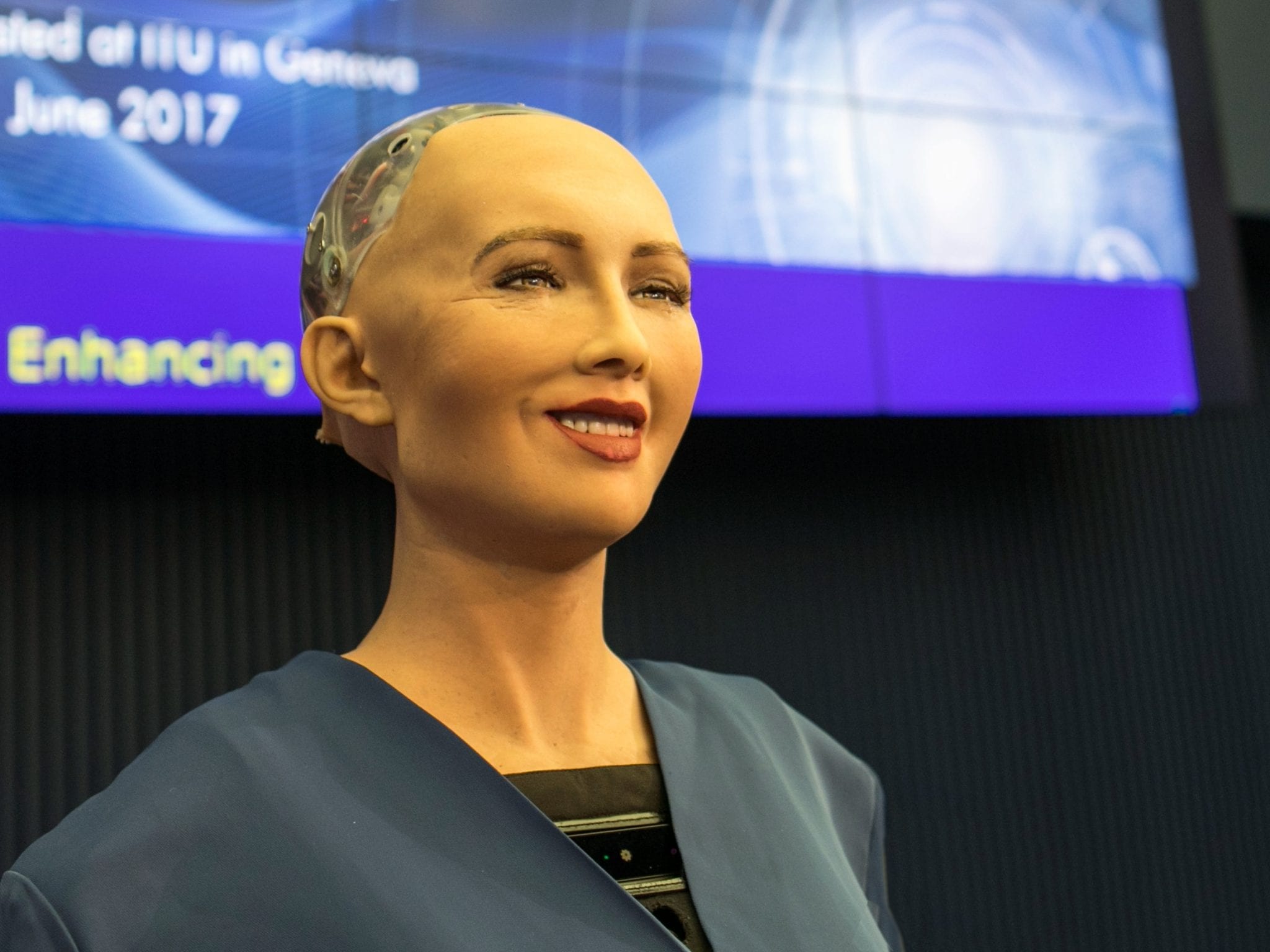 Flashback 2017: All The News Stories About Analytics And AI That Made Headlines In India

Students of Indian Institute of Technology, Mumbai (IIT-B) will have the special privilege of hosting a very unique guest this year end.

Sophia, world’s first robot to be recognised as the citizen of a country, will be attending IIT Bombay’s annual science and technology festival, titled, Tech Fest.

The annual event is scheduled to be held from 29 to 31 December. Former Presidents of India, such as Pranab Mukherjee and Hamid Hamid Karzai, as well as Nobel Laureate Randy Schekman will be delivering lectures over the course of the festival.

But the star of the event is guaranteed to be Sophia, who will be taking the stage on 30 December. She will field questions chosen from a pool of entries received through the online campaign, #AskSophia, launched specifically for the event.

When asked as to why the invitation was extended to Sophia to be a part of the festival, Anirudh Poddar, manager (media and marketing), Techfest, told a newspaper,  “On 5 January 2014, we decided to invite BINA48 (Breakthrough Intelligence Via Neutral Architecture 48) the most advanced humanoid at that time for the festival. This time also we considered Artificial Intelligence as the most important area of technology and invited the world’s most advanced humanoid robot.”

Said to be modelled on Hollywood legend Audrey Hepburn, Sophia was developed by roboticist David Hanson and his company Hanson Robotics. She was activated in April 2015 and came to international renown in October 2017 after she was granted citizenship by the Kingdom of Saudi Arabia. She had also addressed delegates at the Future Investment Initiative held in Riyadh after the same.

During the post address interview with journalist Andrew Ross Sorkin, the humanoid-robot exhibited cheeky humour and responded with informed answers. She even took a dig at one of the most renowned critics of AI — Elon Musk.

Before being known for receiving a one-of-a-kind citizenship, Sophia achieved minor notoriety when an alleged technical glitch led her to say that she would destroy humans.

Flashback 2017: All The News Stories About Analytics And AI That Made Headlines In India