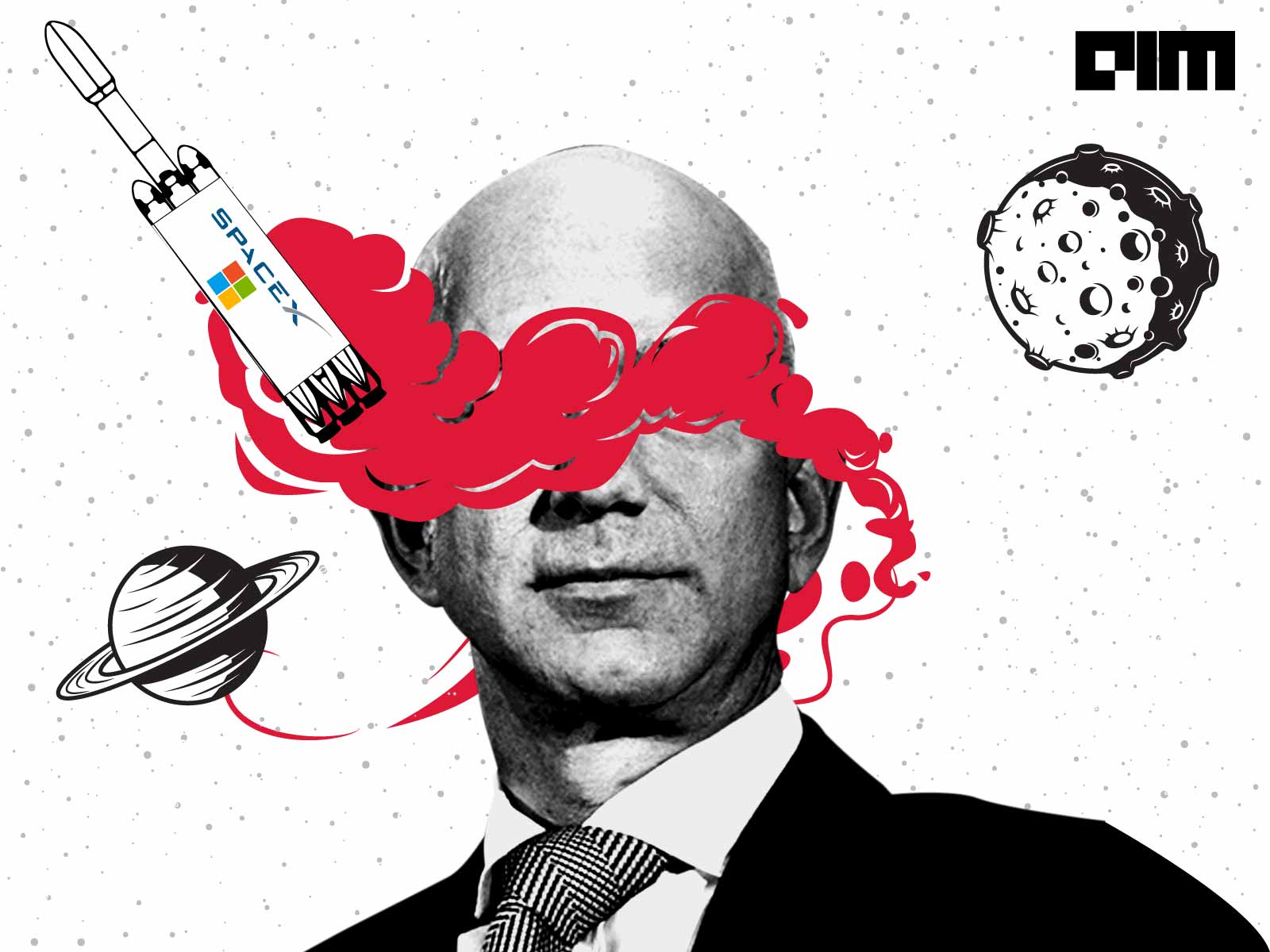 After flaunting their underwater data centres last month, Microsoft is now taking the space route. Yesterday, Microsoft announced that it is teaming up with satellite operator, SpaceX to provide uninterrupted Azure services to its customers no matter where they are.

The Azure team has come up with the Azure Modular Datacenter (MDC) for customers who need cloud computing capabilities in hybrid or challenging environments. The MDC solves this by bringing Azure to these environments, providing datacenter scale compute resources closest to where they’re needed.

These modular data centres will be powered by Azure Space offerings and partnerships that can extend satellite connectivity anywhere in the world. The applications range from mobile command centres, humanitarian assistance, military mission needs, mineral exploration, and other use cases requiring high intensity, secure computing on Azure.

“You don’t need fibre; you basically talk to the satellites that we have in orbit, the satellites will talk to each other and get that data to the other point on Earth where it’s needed,” Gwynne Shotwell, SpaceX president and chief of operating officer, said in an interview with Tom Keane, VP of Microsoft Azure Global.

Along with MDC, Microsoft has also announced the Azure “orbital emulator” — a digital environment for satellite developers to simulate constellation designs and test artificial intelligence algorithms. The technology was developed for the US government agencies and is now being offered commercially.

Data Centers In Your Backyard

Microsoft wants to tap the critically successful Starlink project of SpaceX for its Azure services. The Starlink project was launched to offer internet across the globe from space. For Microsoft, the idea here is to leverage this connectivity through a network high availability module which continuously evaluates the network performance. In the event of a network disruption, the network high availability module will move traffic from the impacted network to a backup satellite connection. This resiliency ensures continuous delivery of essential hyper-scale services through Azure. “Alternatively, MDC can use satellite communications as the primary connection where no other network is available,” stated Microsoft in their blog.

With MDC, users can deploy a self-contained data centre unit that can operate regardless of the terrain or the temperature and many other harsh climatic conditions that require critical infrastructure.

In addition to working with SpaceX, Microsoft is also partnering with Luxembourg’s SES SA, which separately operates a network of larger satellites significantly farther from the earth under the brand O3b.

Organisations across the world are migrating their data to the cloud. There are also significant cloud computing and storage needs in areas with adverse conditions, where low communication, disrupted network availability and limited access to specialised infrastructure would have previously prevented taking advantage of cloud computing.

The tech giants know this. AWS and Azure which have been locking horns since the DoD deal has found one more avenue to sweat it out. This year in June, AWS unveiled a new business segment dedicated to accelerating innovation in the global aerospace and satellite industry. They even got a former director of the US Space Force to lead the segment. Like Amazon leverages its AWS ground stations to connect the customers, Microsoft’s Azure too, promises to deliver with Modular data centres.

Whereas, SpaceX has had great success launching Starlink, a project designed to offer internet connectivity across the world with the help of thousands of high-speed internet satellites. The rivalry between Elon Musk and Jeff Bezos is nothing new, and, the latest announcement by Microsoft might reignite the same. Bezos, with his ambitious Blue Origin project, is eyeing his own share of real estate in space. Now with the rivals teaming up, Amazon’s long-held position at the top of the cloud market might be in danger.