NVIDIA, a pioneer in graphics processing units, has expanded its horizon and achieved a disruptor status in the field of artificial intelligence too. 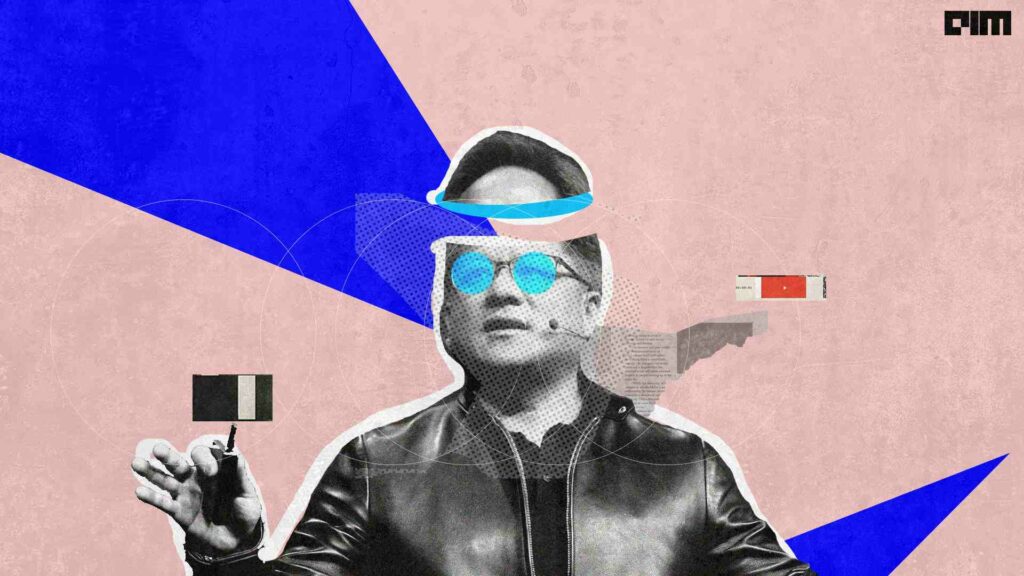 Stephen McBride, the chief analyst at RiskEdge Report, authored an article detailing why NVIDIA became his ‘slam dunk’ investment for the decade. He wrote that NVIDIA would be one of the world’s top ten companies by 2025 and that investing in it would be one of the best bets to make money over the next decade.

NVIDIA, a pioneer in graphics processing units, has expanded its horizon and achieved a disruptor status in the field of artificial intelligence too. In 2020, for the first time, its AI-related sales were its largest business. The recently concluded GTC 2021 fall event, Omniverse’s biggest theme, might have silenced even the scepticists.

Given the scenario, would it be right to say that NVIDIA has well moved past its status as just a chipmaker? NVIDIA was pitched against companies like AMD and Intel; what happens to that now?

Founded in 1993, NVIDIA focussed mainly on graphics chips and rose to popularity in the 2000s for producing hardware for Xbox and Playstation. Earlier this month, for the first time, NVIDIA was valued at $750 billion. Since the end of 2018, the company’s shares have seen an almost 10-fold rise, and in the last six months, the shares have been doubling.

NVIDIA has always championed creating next-generation graphics. A strong AI component is what differentiates it from its competitors. In fact, Huang had earlier declared that AI is the future of computing. He said that NVIDIA would not only enable this transition but evolve into a company where AI-enhanced everything would be the next platform.

NVIDIA has managed to successfully marry hardware and software to offer effective AI solutions that include an end-to-end robotics platform called Isaac that allows firms to input data and train an AI system before deploying it.

At the GTC conference, NVIDIA CEO Jensen Huang spoke about the company’s latest efforts in developing GPUs for video rendering, intelligent avatars, virtual assistants, drug discovery, autonomous vehicle, 5G beam-forming, quantum computing simulation, and factory operation optimisation using a digital twin. The company is also seeking to achieve an ambitious goal by creating a digital twin of the earth for climate modelling. These applications will drive the acquisition, processing and storage of a greater amount of data from devices on edge to data centres.

One factor that pushes NVIDIA ahead in the race is the fact that the company is not merely helping store or access large amounts of data, but it is devising effective ways for companies to use this data via AI and machine learning.

With the evolving IT landscape, the company has been expanding its hardware and software capabilities. NVIDIA is now aiming at building an ecosystem that would support digital twins and avatars. In fact, the company is now positioning itself as a full-stack platform vendor. In an interview, Manuvir Das, head of enterprise computing at NVIDIA, said, “Nvidia doesn’t just make hardware or software, it’s a full-stack company. We build all the layers of software and all the layers of hardware.”

Huang, in his keynote speech at the GTC 2021, reiterated the same. He said that the company was optimising across the full stack. The company has been focusing on accelerated computing, which is well supported by the combination of NVIDIA CUDA general-purpose programmable GPUs, the acceleration library of algorithms to speed up applications, and distributed computing systems and software to scale processing across the entire data centre. CUDA here is the competitive moat of NVIDIA, which has been under development and advancement for more than 15 years.

As NVIDIA continues to accelerate more applications, NVIDIA’s partners’ base has only expanded, reaching some of the world’s largest industries. “We start with amazing chips, but for each field of science, industry and application, we create a full-stack,” said Huang.

Before Facebook hogged all the limelight by announcing a complete rebranding to a new version — Meta, centred around metaverse, NVIDIA had already launched its own version. Announced officially in April, NVIDIA has been pumped about its new interest — NVIDIA Omniverse. Unsurprisingly, a major chunk of Huang’s keynote speech at the GTC 2021 event was focused on the developments in this field. As per the popular reaction considered, this investment has paid off quite handsomely; Omniverse was ranked by TIME magazine among the top 100 innovations of 2021.

Thanks to the metaverse hype being the theme of the season, NVIDIA’s market capitalisation topped $700 billion on investor optimism on November 4, according to MarketWatch.

Omniverse is a scalable, multi-GPU real-time reference development platform for building 3D simulations and collaborating for designing. It is based on Pixar’s Universal Scene Description and NVIDIA RTX technology. The Omniverse is in the open beta stage and is being used by 70,000 users. Some of Omniverse related advancements announced recently include Omniverse Avatar, Omniverse Replicator, Omniverse Farm, Omniverse Showroom, etc.

Where does NVIDIA stand among competitors?

Intel and AMD have been considered among NVIDIA’s top competitors. Speaking of Intel, which has long held the fort as NVIDIA dethroned the number one semiconductor company in 2020. NVIDIA also boasts of having the fastest AI accelerator for every workload.

The competition between NVIDIA and AMD is even more interesting. Unlike NVIDIA, AMD, on the heels of the GTC 2021, the latter announced that it has won Meta Platforms Inc. as the data centre chip customer. This led to an 11 per cent rise in AMD shares. While AMD is often considered the second fiddle to NVIDIA, experts believe the situation may change in the near future in favour of the former.

So, while NVIDIA currently seems to rule the roost with the fruition of ambitions that stretch well beyond just the semiconductor industry, the company must also keep a close eye on its competitors.