Studies have shown that while all-male teams were effective at decision-making only 57% of the time, more diverse teams made better decisions upto 87% of the time. 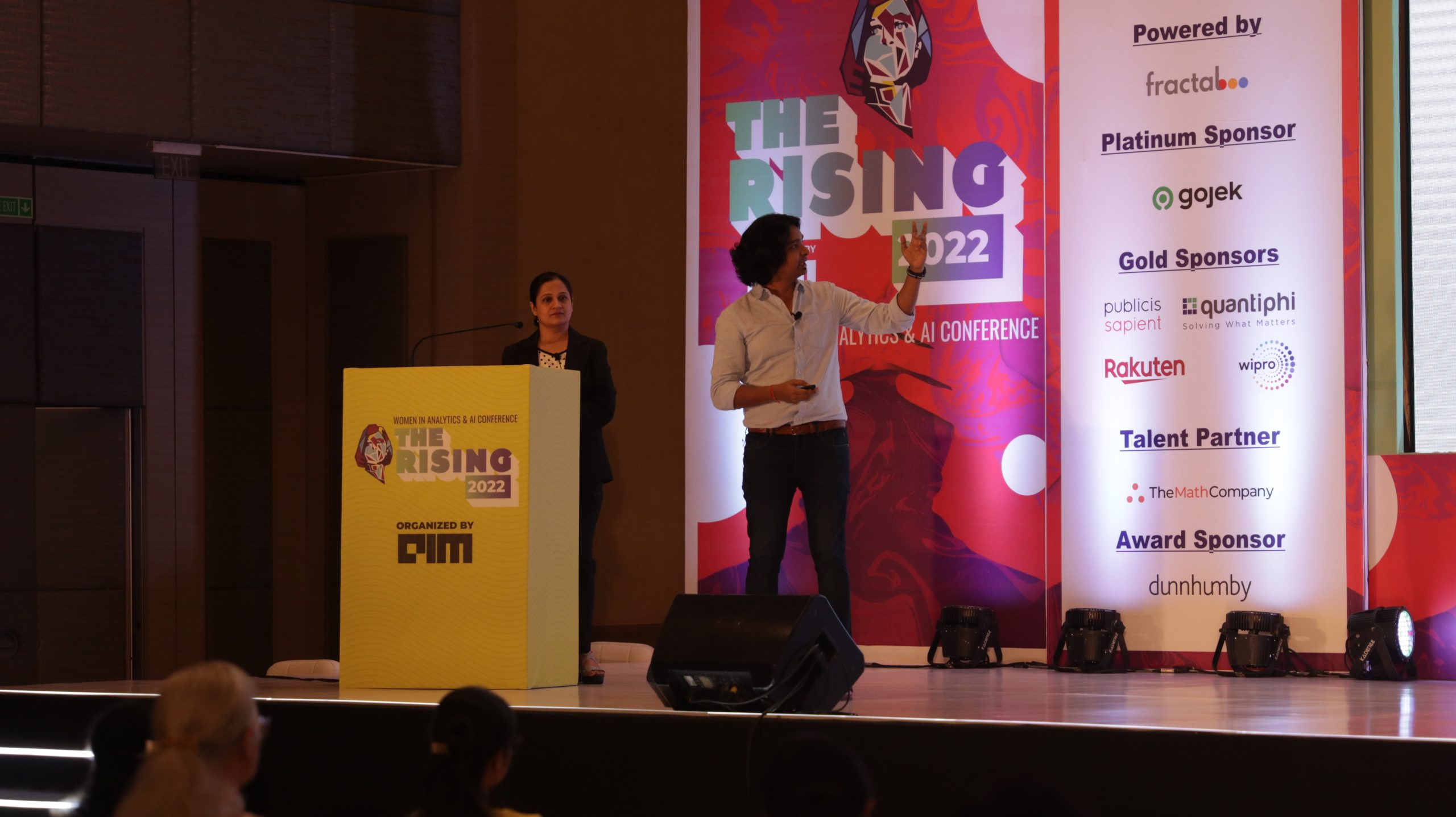 Speaking at The Rising 2022, Abhishek Kumar and Parmjeet Virdi of Publicis Sapient discussed how ‘Preparing the inclusive workforce for the future in data & AI’ was vital to have a talent force that was well-rounded and equal. The two chose to demonstrate the theme by appearing on stage together instead of lip service. “Diversity doesn’t mean just women. It is far better when diversity is a part of your actions instead of simply talking about it,” Virdi stated. Kumar is the director of data science, and Virdi is the director of data analytics in the US-based consulting firm.

Virdi explained how diversity differed from inclusion. A company couldn’t be diverse unless they were inclusive. “Just having the intention to be diverse may not solve the purpose,” she said. Virdi began the talk with an anecdote from her own life. “When I went on maternity leave, I was very doubtful if I could ever return to work. I didn’t know if my clients would accept me after a months-long break. I desperately needed a support system. I just wasn’t looking for diversity but also wanted to be included,” she said.

Today, most experiences that we have, like using smart products at home or purchasing something, leave a footprint in data. Data, Virdi said, is everywhere, and we are the ones leaving it behind. According to Virdi, the four key ingredients for the success of AI initiatives are data, computation ability, algorithm and talent. All four factors were demonstrated in separate bubbles in a representation. These bubbles represented the scarcity of each ingredient and not their availability. As years passed, even as more algorithms were being developed and procuring data became easier, searching for talent became more difficult.

Virdi and Kumar took the responsibility of turning the spotlight on the importance of having a talent force with more inclusivity. There were three parts to improving the talent force of an organisation. These included skills, structure and synergy. Kumar took over next and spoke about how getting people the right training was of utmost importance. And being more inclusive meant making training resources available to people with disabilities.

But having the skills was only the first step. The biggest challenge that leaders face is to determine the structure of an organisation in a manner that connects all the moving parts. There needs to be a connecting tissue between the business acumen and the data centre of a company, according to Kumar. “Data is ineffective unless married with business outcomes,” he stated. Some companies, like those in the financial sector, might need more governance, while others might need more collaboration with different teams.

Teams that were more inclusive built more synergy and simply worked together. Virdi revealed, “Studies have shown that while all-male teams were effective at decision-making only 57% of the time, more diverse teams made better decisions up to 87% of the time.”

One could have all the elements, but it could still be tricky. “The ingredients may be present, but unless the mix is just right, it won’t be tasty,” Kumar said.