Study: State Of Analytics At Domestic Firms In India 2018: By AIM And INSOFE 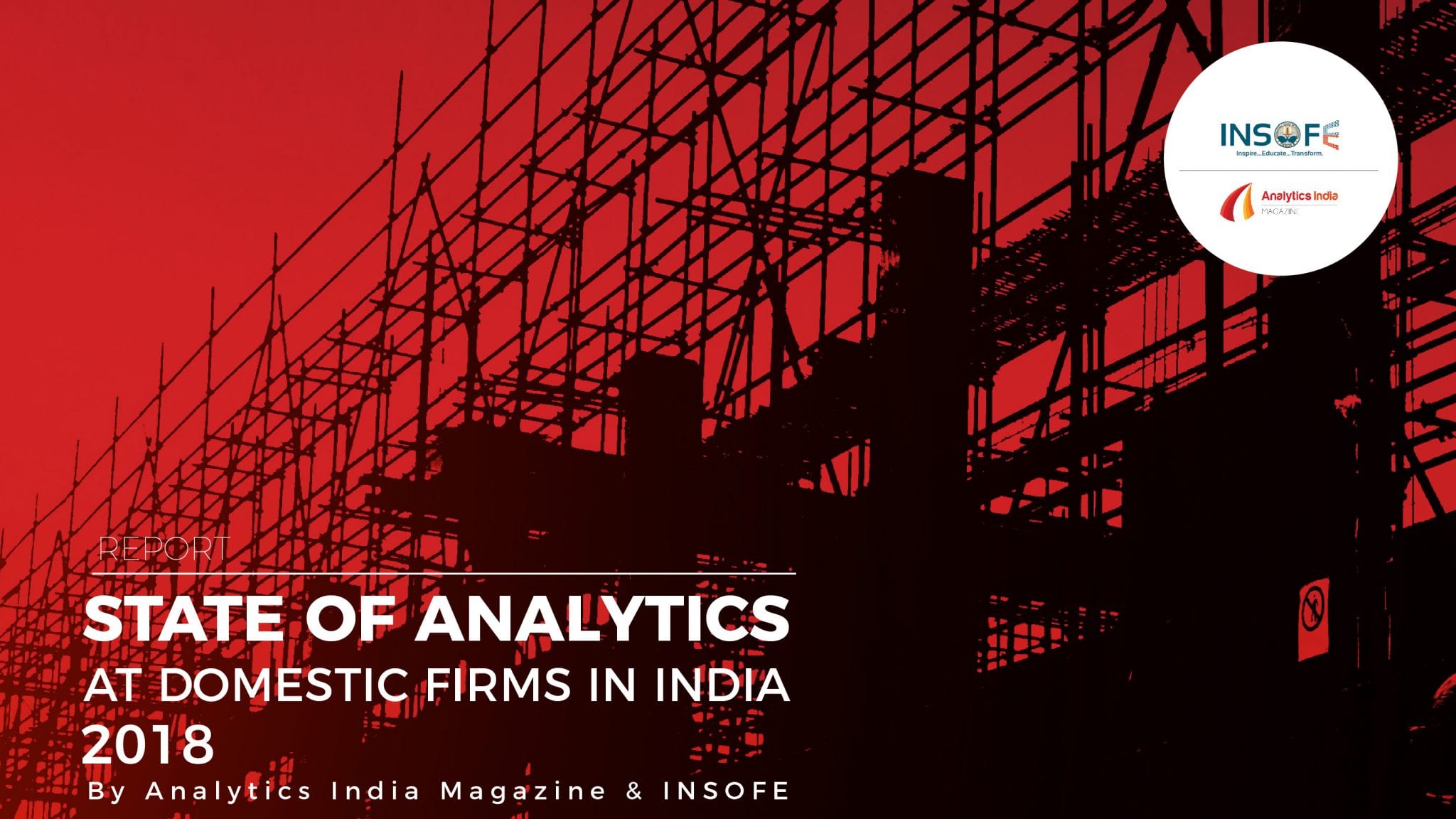 A recent study indicates that Indian analytics, data science and big data industry is estimated to be $2.71 billion in revenues and growing at a healthy rate of 33.5% CAGR. This suggests that Indian domestic firms are doing quite well for themselves and is slowly becoming deep-rooted with its presence in various industries. Tapping on to the growing analytics industry, this year’s study on the state of analytics at domestic firms in India aims to bring a quick insight into how the analytics scenario is evolving in the domestic market.

We looked at 50 large Indian firms across industries that have adopted analytics to improve business. These companies are from industries such as auto, private banks, public banks, financial services companies, infrastructure, steel, power, telecommunications, utilities, ecommerce, oil drilling and refineries. This year we collaborated with Insofe, a leading data science education provider, to bring out this study.

Analytics maturity is the metric to quantify the quality and depth of analytics adopted within an organisation. Maturity is a combination of three factors:

Analytics adoption is calculated at a penetration of less than 0.75% i.e. an organisation does not even have one analytics professional to support 133 employees within the organisation. Or it can be said that if a company has adopted analytics, then it would have at least one employee to support every 133 employees. 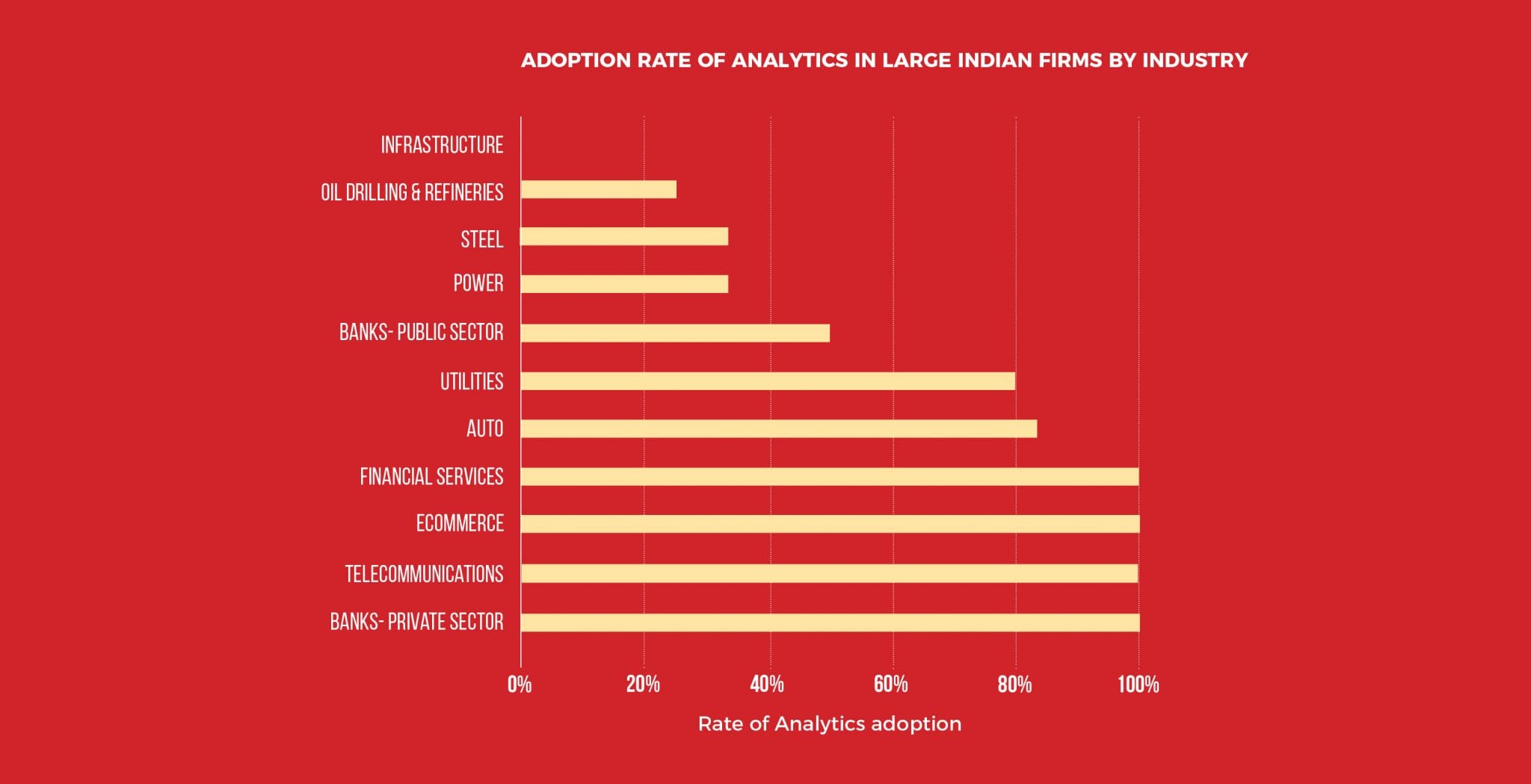 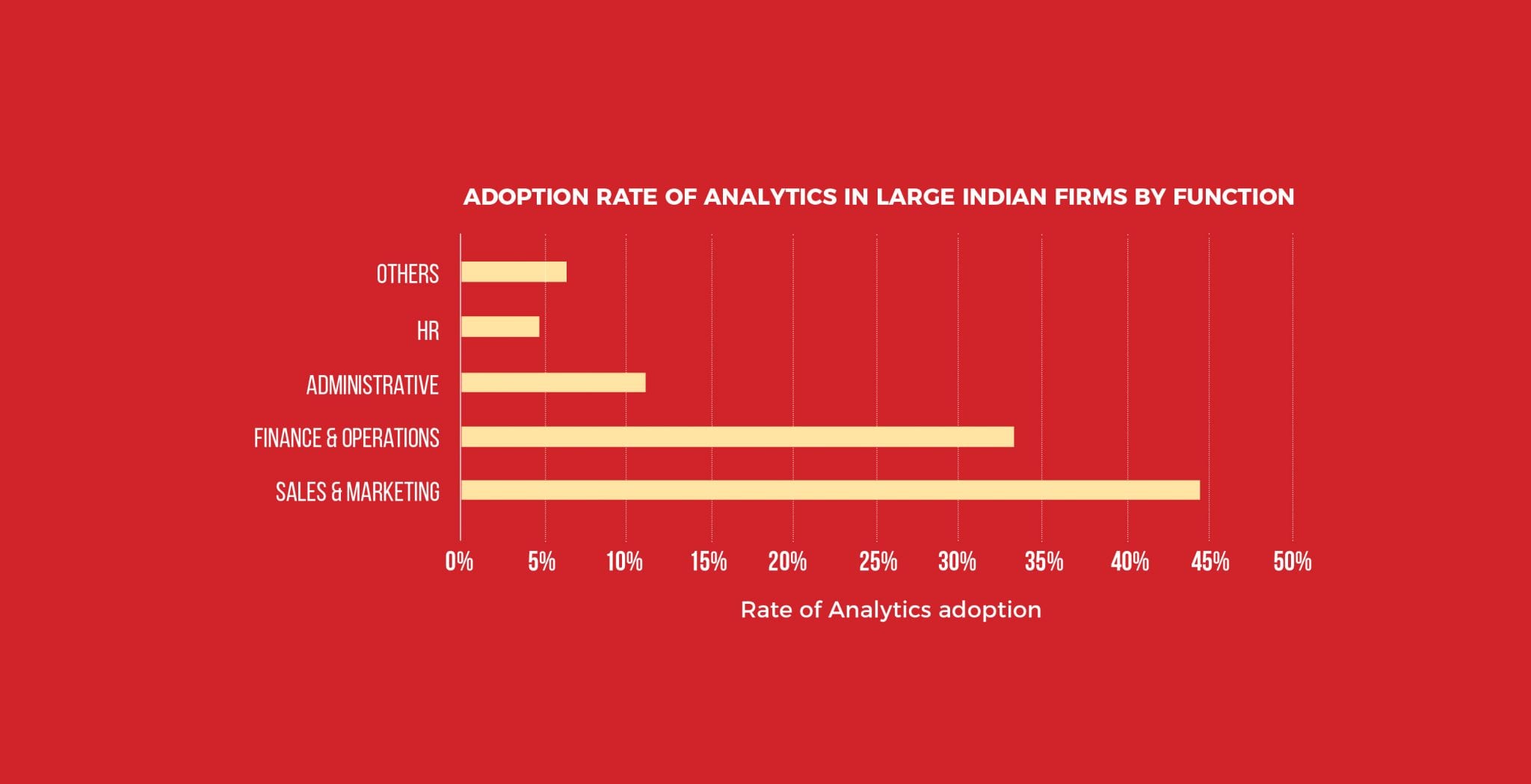 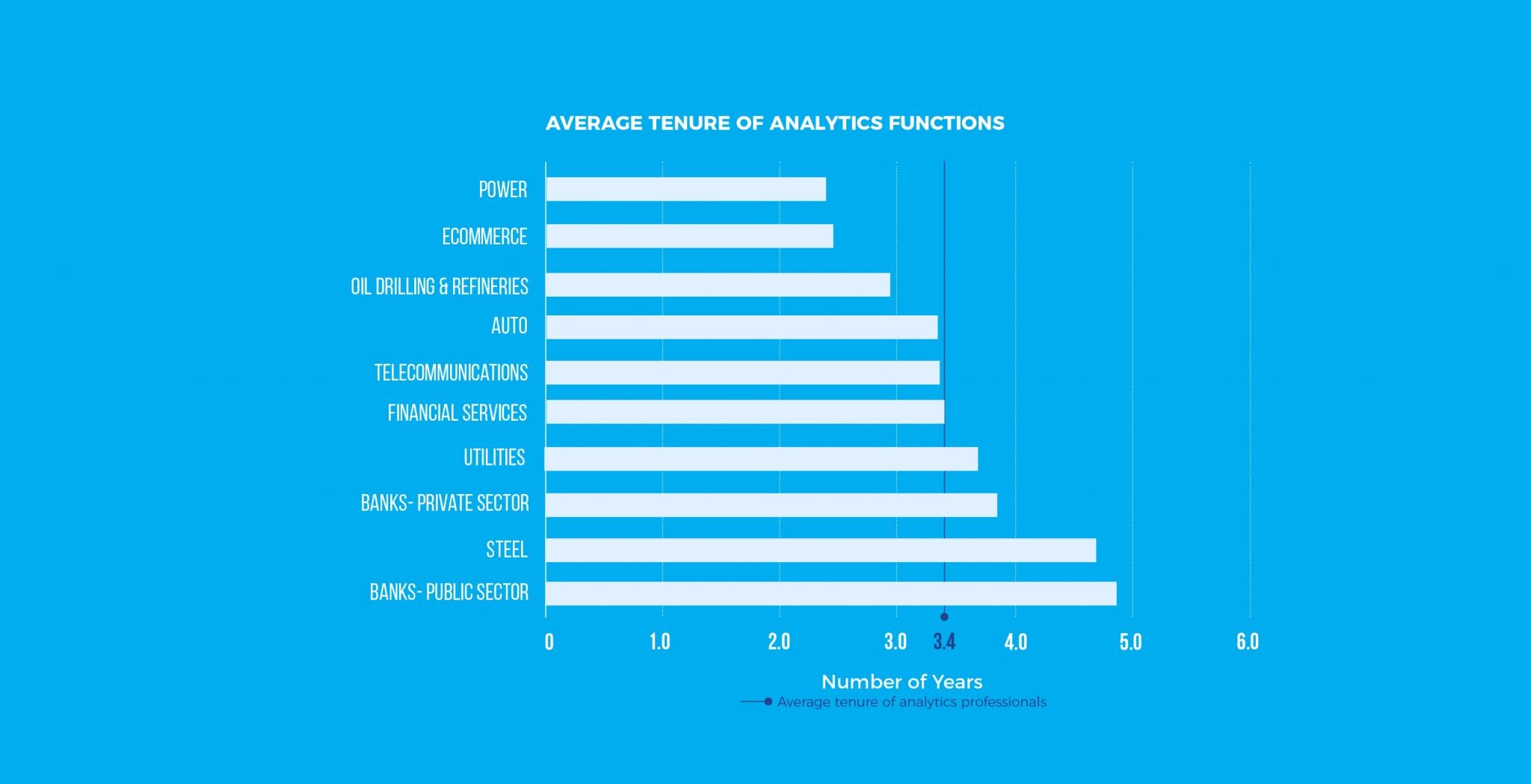 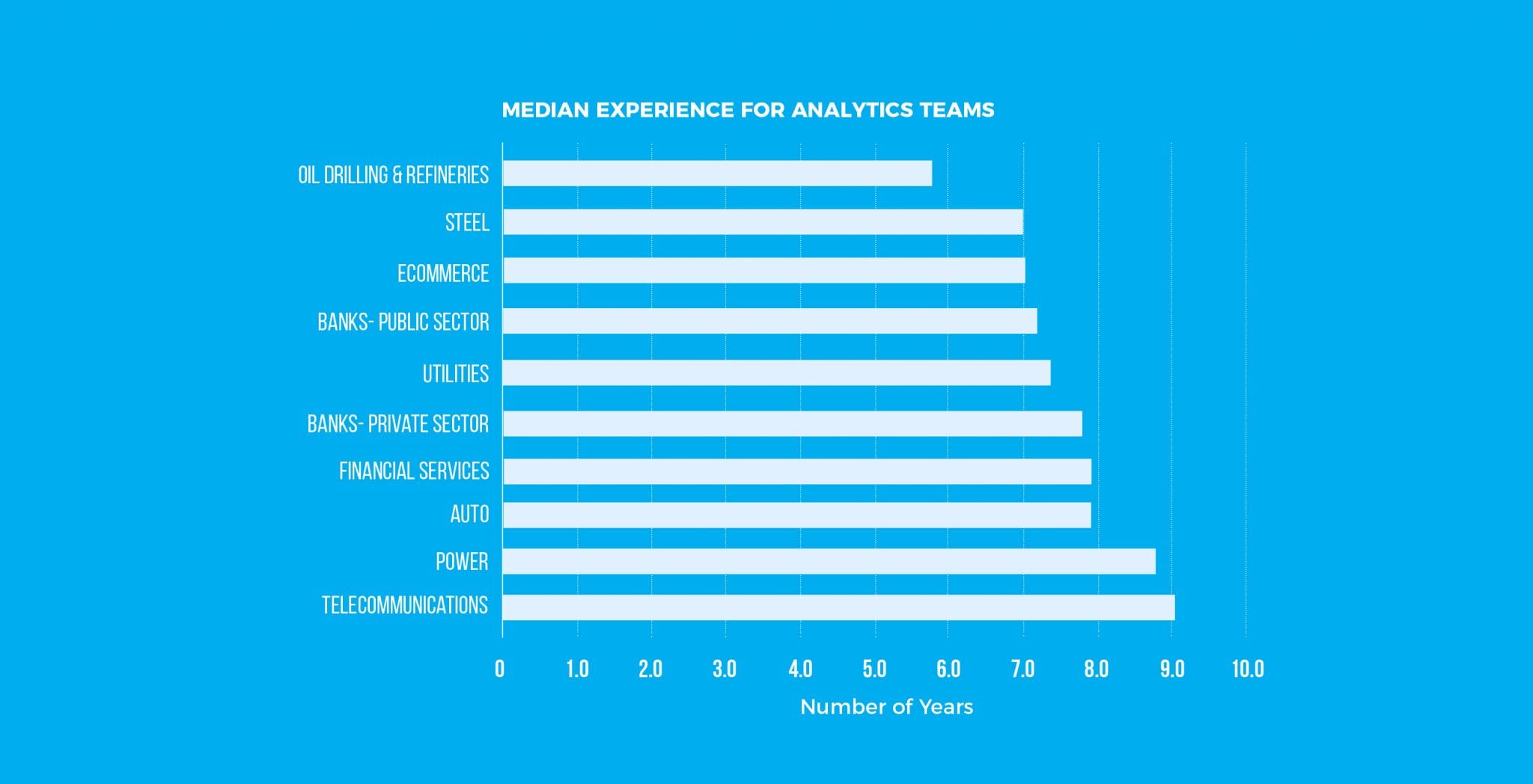 Like the previous year, here we analysed various sectors on the basis of analytics penetrations and analytics maturity.

Following conclusions can be made from the graph: 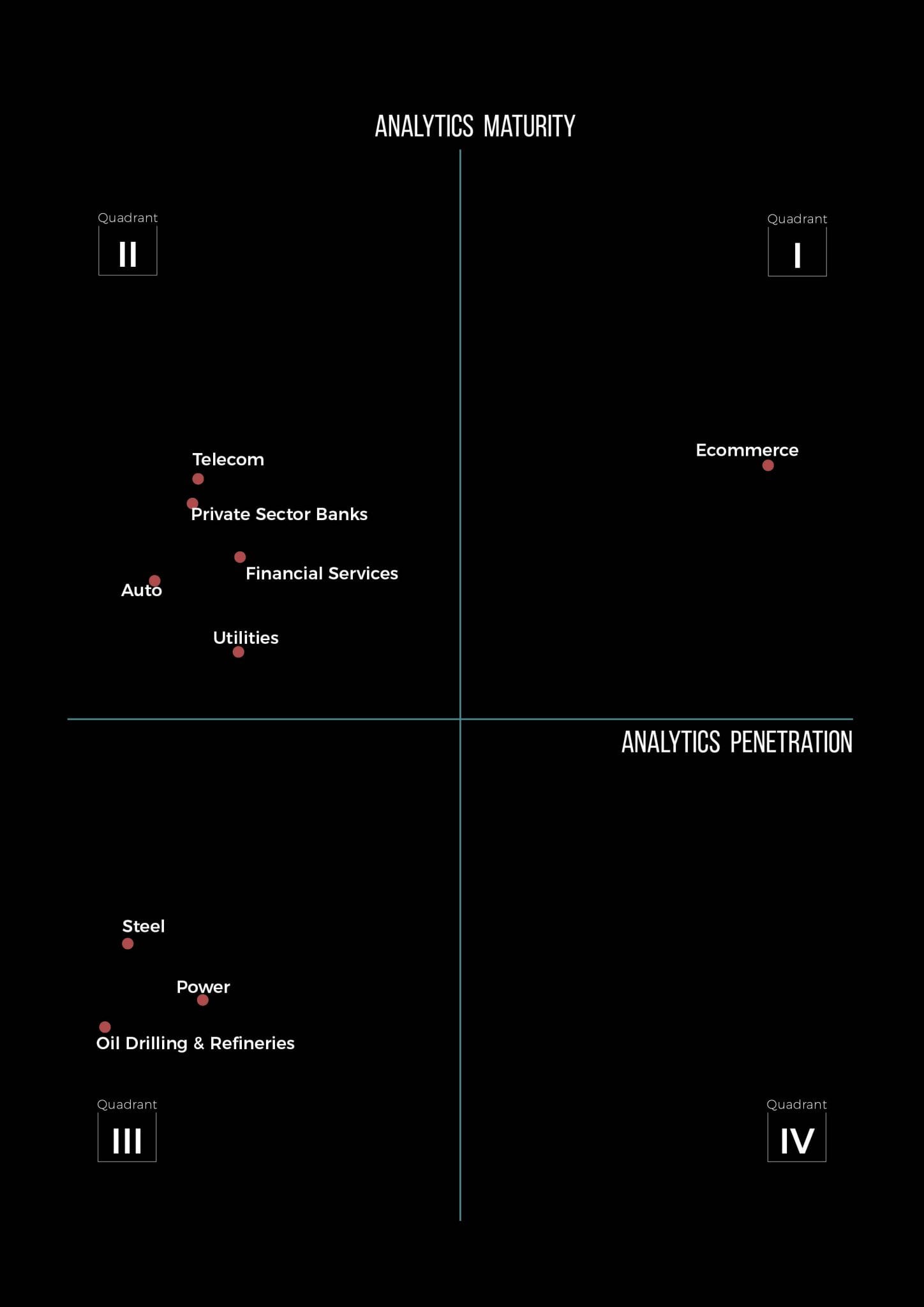 The study is indicative of the fact the analytics adoption is witnessing a growth in various industries, including both large firms and traditional businesses. In terms of numbers, the overall adoption of analytics and data science in large firms is around 64% which is significantly high compared to last year. However, there are certain industries such as infrastructure that has almost no analytics adoption, and this could be due to lack of resources to set up analytics facility.

Overall, we see ecommerce emerging as one of the largest adopters of analytics and this could be attributed to their focus on hiring senior analytics professionals in their team. In terms of analytics contributing to various functionalities, it was seen that around 44 percent analytics functions support sales and marketing groups, whereas 33% support finance and operations group.