The new investment will fuel continued product innovation, empowering companies to build their businesses on data 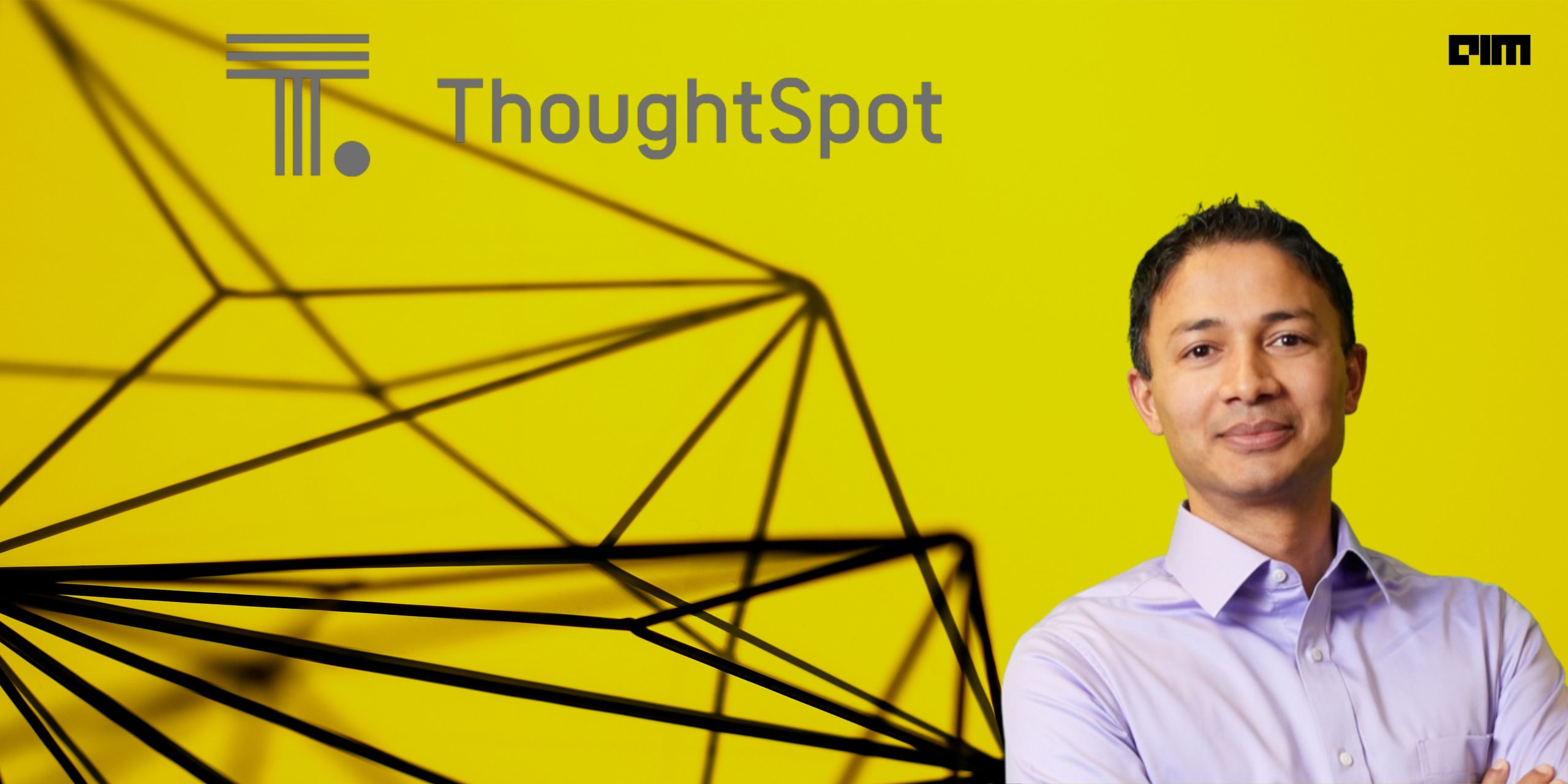 Modern Analytics Cloud Platform, ThoughtSpot, recently divulged its plans to invest $150 million across its operations in India over the next five years. The company has also announced opening its third R&D office in Thiruvananthapuram, after Bengaluru and Hyderabad. The new investment will fuel continued product innovation, empowering companies to build their business on data.

Analytics India Magazine caught up with Sudheesh Nair, ThoughtSpot CEO, in Bengaluru, where he spoke extensively about talent distribution, the potential of data analytics and cloud, their plans for India, and more.

Speaking about the new centre launched in India, Nair said, “Talent is distributed everywhere. Opportunities are not. Bangalore or Silicon Valley in California are not the only places where you will find smart people. It is not that the opportunities were not present post-COVID. I think we have now figured out how to find the best people wherever they are and bring them to productivity. So that’s a foundational thesis I don’t want to change about ThoughtSpot.”

Currently, ThoughtSpot’s Bengaluru office houses over 150 employees, the centre at Hyderabad has a little over 100 headcount, and the Thiruvananthapuram centre is looking at 50+ by year-end. Simultaneously, the company will expand beyond traditional R&D with partner engineering, working closely with software integrators (SIs) and other tech partners to build joint solutions and value for customers.

In 2021, the Indian R&D teams built ThoughtSpot Everywhere, a low-code embedded analytics platform that allows developers and product leaders to incorporate the best of ThoughtSpot into their own apps and services. In a year, ThoughtSpot has tripled its customer base and has realised nearly 400 per cent growth in monthly active users at organisations such as Capital One, Nue, Chick-fil-A, Go Sharing, and Hogarth Worldwide.

Cloud is just the beginning

“When people think of the cloud, people think of the journey that started in the early 2000s with respect to how computing and infrastructure moved to the cloud. It is easy to think that it [cloud] is a mature technology. For infrastructure, cloud has matured. But it’s nascent in the sense that we are still in the early innings of what is possible. The ability to move the data into bespoke actions is much possible because it is on cloud,” said Nair.

Data is empowering. In the past five years, cloud has enabled data to become accessible to everyone. And that has created opportunities for companies to build services that deliver to every consumer.

AI – a partner, not a competitor

Nair views AI as an emerging tech with a lot of noise. He thinks it is easy to overindulge, but at the same time, it is also easy to write it off.

“Business problems have become so complex that there are times when it is easy to find the answers, but it is hard to ask the right questions. Being a part of the data domain, at ThoughtSpot, we use AI (selectively); we look at AI as a partner to the knowledge that humans bring. I think there is no competition concerning how much we can do here versus what the AI can do,” he said.

Experience and innovation, not mutually exclusive

Before joining ThoughSpot in 2018, Nair was the president at Nutanix, where he built and led the sales organisation from zero to over a billion dollars in revenue and ~$10 billion in market cap. In 2021, the business analytics company raised a $100 million Series F funding round at a new $4.2 billion valuation, more than doubling the company’s previous valuation and bringing the company’s total funding to $674 million.

Shedding light on his leadership beliefs, Nair said the old school status quo approach could drive a company off the cliff and experience and innovative energy are not mutually exclusive. “Some of the best people I know, who are constantly innovating, are in their 60s. There is no age for people who can innovate. It’s a matter of being a constant student of the business. That’s the most important thing,” he said.

When asked about key rules to be kept in mind while entering the domain, Nair said, “Start with the leaders and culture, then bring experience, energy and youth together. And then refresh your tech stack with absolute courage. If you do those three things, I think any company can transform for the future.”