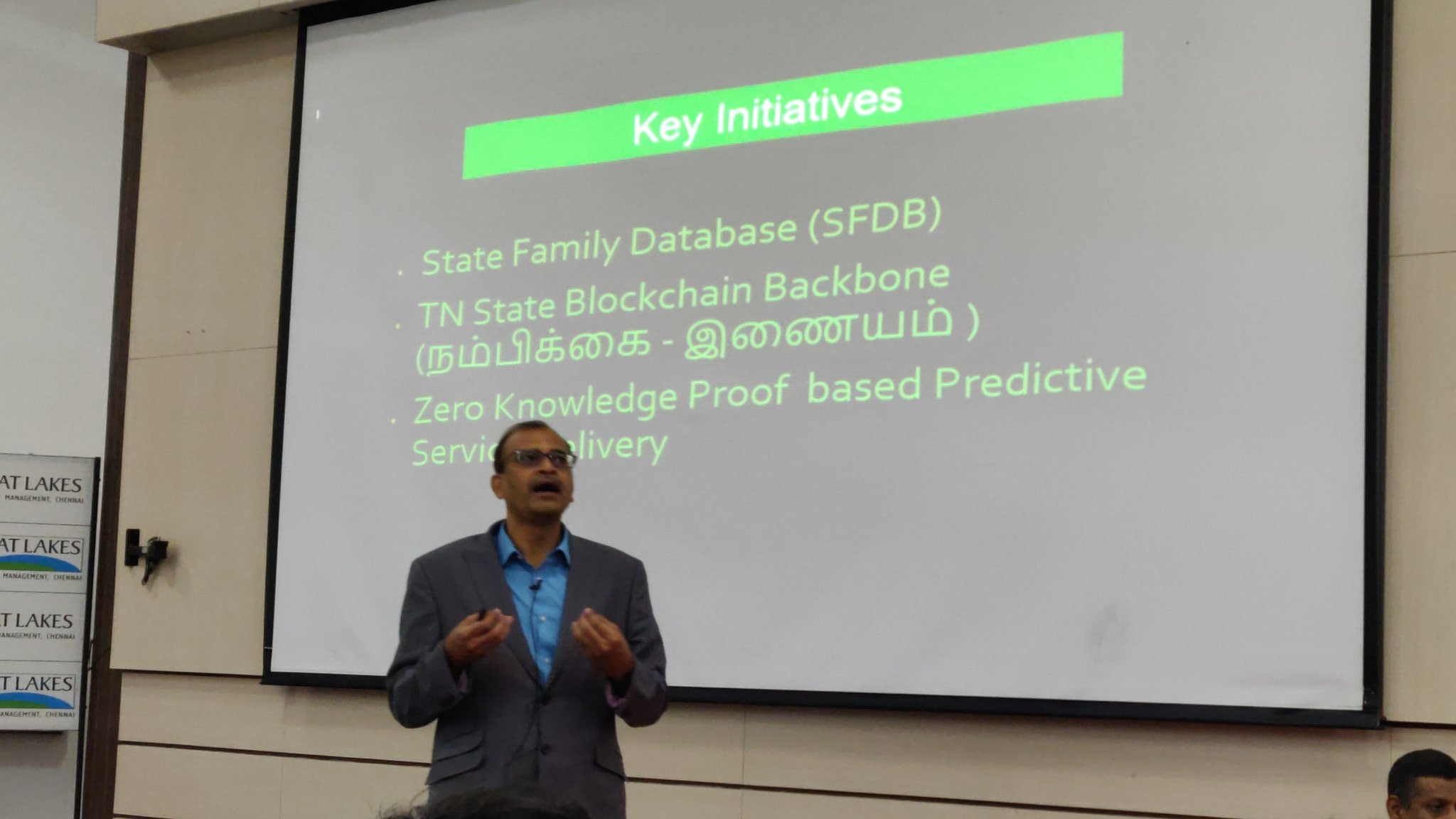 Tamil Nadu is chipping away at a state-level arrangement for rising advancements in blockchain for service delivery and e-governance projects. Termed as Blockchain Backbone, the network will be utilised by involved parties in Tamil Nadu for straightforward, effective and secure resident-driven and between inter-departmental work processes.

The blockchain system will provide better e-administration for the residents using self-sovereign use of identities and digital signatures. Also, Zero-knowledge proof-based predictive government service delivery will serve as a great way of preserving the privacy of sensitive data.

The application programming utilised for giving different endorsements under this program will be reasonably adjusted with the goal that docs issued will electronically hit the Makkal Number made by Tamil Nadu e-Governance Agency (TNeGA). The goal is to ensure that there is a corruption-free flow of information between the government departments and citizens.

TNeGA expressed, “A framework on Blockchain will provoke the product of every Government Department/Agency to give the authentication/report, as and when the resident gets qualified for it.”

According to TNeGA, Government Departments, Agencies can verify the authenticity for qualifications of e-governance and government services using the resident’s consent. Experts have for a long time stated that distributed ledger technology is a perfect fit for such kind of public service record and information disbursal systems.

The Blockchain platform for Tamil Nadu will be offered as a support of all Government offices, without department keeping up a Blockchain node for verifying transactions as the case with typical proof of work blockchain systems. They will have the option to check their information in the Blockchain autonomously without running a node, states TNeGA.

Government organisations that don’t want the overhead of running the blockchain node can access the network through an API gateway. The network will incorporate a safe foundation comprising of blockchain cores, a business logic layer and client API gateways.

In a blockchain, new data blocks are created and verified continuously, it ensures data immutability as well as who is accessing and when. Blockchain likewise gives cybersecurity and information respectability to applications concentrated on citizen engagement and experience.

Use Cases Of Blockchain In Tamil Nadu Governance

Government-to-government and government-to-citizen products and services will be actualised on the blockchain framework, and will likewise be deployed to expand legacy IT infrastructure by furnishing a permanent hash-encoded distributed with zero down-time. This can ensure not just more data security but also interoperability of data in a safe and immutable manner.

Plus, the government is planning to combine blockchain with automated alerts. For example, a framework on Blockchain, without human mediation, will prompt the product of every Government Department/Agency to give the testament/record as and when the resident gets qualified for it.

For instance, if a kid’s birth certificate is given, the framework at the government’s end will send verification data through an SMS at the sixth month of age of the baby. In like manner, when the youngster turns 5, an SMS to the guardians is sent for registration of Aadhar Card.

Similarly, Makkal Number as of now made by TNeGA for 7 crore individuals of Tamil Nadu will electronically arrive at a Citizen Vault to be made for every occupant of Tamil Nadu, and its use will be monitored on the blockchain network to prevent any misuse. Makkal Number is the state residents data hub (SRDH)- a unified data repository with biometry (Aadhaar) enabled citizens’ data from the National Population Registry to service all government departments.

Citizen documents and important government-issued certificates for public records will electronically arrive at the Citizen Vaults, which will be made for every citizen of Tamil Nadu. The residents would then be able to access documents in the vault through his/her phone number as a client ID and OTP as a secret phrase.

The blockchain network can likewise be utilised to update existing government data procedures and make new progressively dependable and secure work processes. It will be a solitary platform for developing blockchain applications for all divisions and public sector endeavours inside the state. These will be based on smart contracts developed on the open-source network- Linux Hyperledger.

The Indian state of Maharashtra has declared plans to actualise blockchain. This pursues different pilots with blockchain in the state using the open-source Hyperledger. Use cases to be focused on incorporating the streamlining of farming and related activities, supply chain management, vehicle registration and public record management.

Apart from Maharashtra, Telangana will house all major Blockchain innovation organisations, a gigantic incubator program and a world-class office for advancing exploration in distributed ledgers. The government had reportedly announced that land will be allotted at subsidised rates to Blockchain companies by Telangana State Industrial Infrastructure Corporation Limited,” as per the approach that tries to position Telangana as the Blockchain capital of the nation.

Almost half of the states in India have started blockchain activities to address various components of citizens service delivery services. While most undertakings are in the pilot phase, many state governments have adopted a favourable approach for blockchain startups and related service providers.

Solving Your First Ever Data Science Hackathon With MachineHack

8 Indian Blockchain Startups To Watch Out For