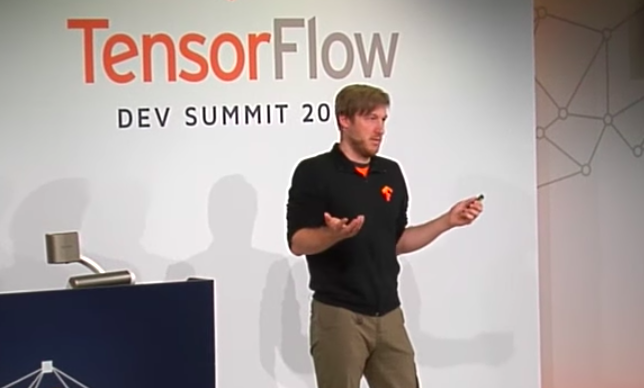 The eagerly-awaited update for the popular machine learning framework TensorFlow was announced earlier this week by Martin Wicke from Google AI. He announced the news on his Google Group, adding that they are planning to release a preview version of TensorFlow 2.0 in late 2018.

Since its open-source release in 2015, TensorFlow has become one of the most widely adopted ML frameworks, catering to a broad spectrum of users and use-cases. In this time, TensorFlow has evolved along with rapid developments in computing hardware, machine learning research, and commercial deployment.

Wicke said on the group, “TensorFlow 2.0 will be a major milestone, with a focus on ease of use.” He added that the major highlights of the new update were:

He added that TensorFlow would soon be holding a series of public design reviews covering the planned changes. “This process will clarify the features that will be part of TensorFlow 2.0, and allow the community to propose changes and voice concerns,” said Wicke.

Wicke also added that to ease the transition, they would be creating a conversion tool which would update Python code to use TensorFlow 2.0 compatible APIs, or at least warn the user in cases where such a conversion is not possible automatically.

“TensorFlow’s tf.contrib module has grown beyond what can be maintained and supported in a single repository. Larger projects are better maintained separately, while we will incubate smaller extensions along with the main TensorFlow code. Consequently, as part of releasing TensorFlow 2.0, we will stop distributing tf.contrib. We will work with the respective owners on detailed migration plans in the coming months, including how to publicise your TensorFlow extension in our community pages and documentation,” Wicke concluded.

Hardware Is The Key To Next Phase Of Quantum Computing