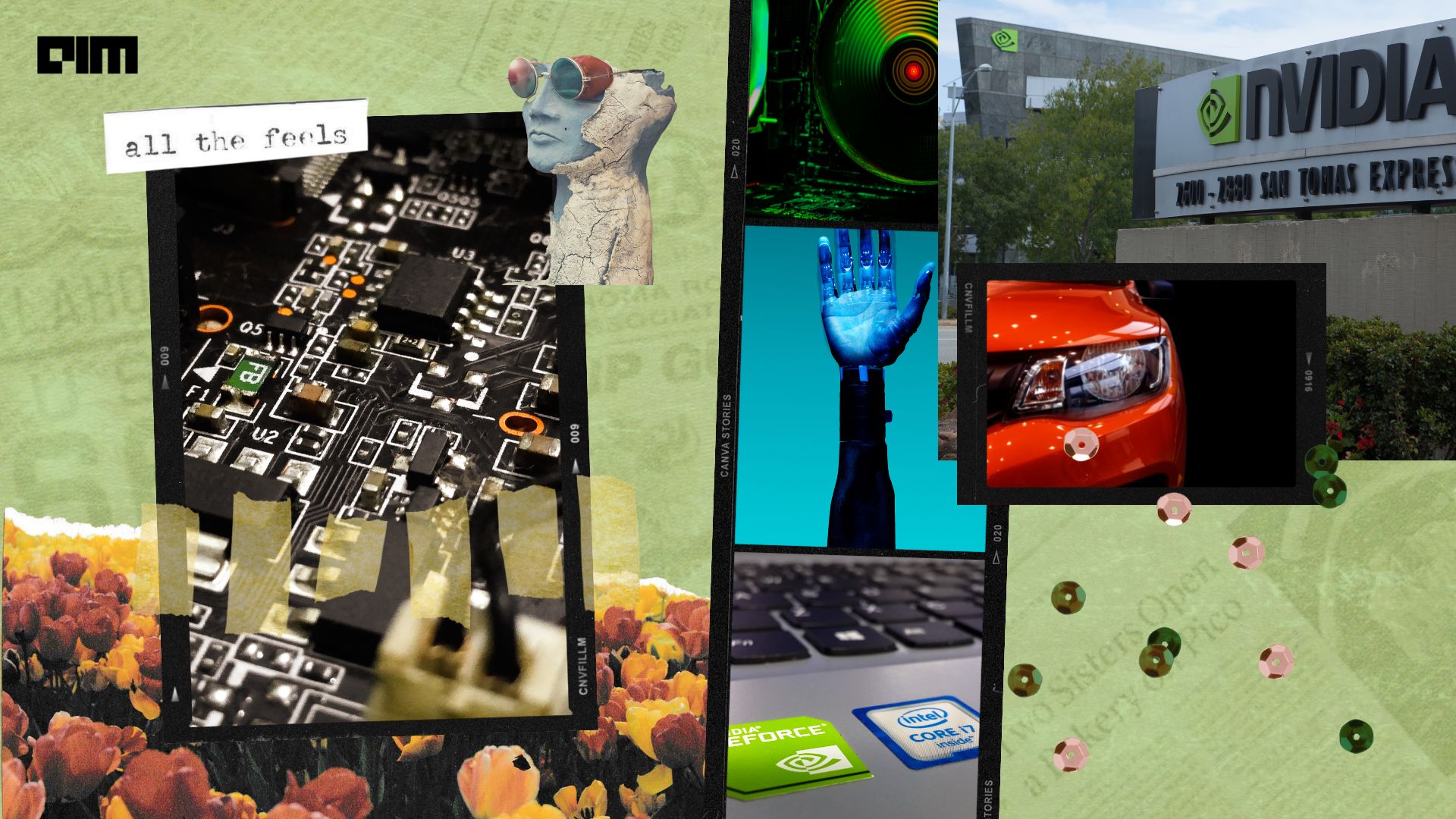 Read: Nvidia GTC 2022 is Happening. Here’s What to Expect

“Humans never stop learning. We need to think of an AI car in the same manner.” The pipeline of creating an autonomous vehicle from perception to mapping, to localisation, continues to be an endless process. NVIDIA’s safety first policy has rated them with ISO 26262 safety, with developing sensors and algorithms of their automotive products safe and secured by 15,000 engineers across 5 million lines of code.

“Advances in accelerated computing and AI are moving at lightspeed,” said Jensen Huang, founder and CEO of NVIDIA.

NVIDIA’s DRIVE is an end-to-end platform for autonomous vehicle development and deployment. Launched in 2015, DRIVE has been providing solutions for the transportation industry using deep learning networks.

With 77 billion transistors, the architecture leverages Hopper GPU, Next-Gen GPU, and Grace GPU enabling concurrent processors running without interruptions. All the automotive companies’ will be able to implement one single architecture for all their AI and technological installations in their vehicles by 2025, starting with Geely-owned automaker ZEEKR for their next generation electric vehicles.

Thor is the first AV platform that is incorporating inference transformer engine, a component of Tensor Cores within NVIDIA GPUs which will accelerate inference performance of deep neural networks by nine times, paramount for supporting workloads related with self driving.

DRIVE Thor is replacing DRIVE Atlan and is a follow-on to DRIVE Orin that is currently in production in most vehicles with a 254 tops performance. The superchip also uses NVLink C2C to equip automakers to compute headroom and flexibility and help in building software-based vehicles,

The in-vehicle infotainment (IVI) has been upgraded with NVIDIA DRIVE Concierge platform, bringing in capabilities beyond music and directions. The Concierge platform offers AI-powered safety, convenience, and entertainment features for every passenger of the vehicles with personalised cluster capabilities.

Additionally, the digital cockpit also enables premium functionality across the vehicle with video conferencing capabilities, digital assistants, and even gaming. Along with the entertainment features, Concierge is also integrated with the DRIVE Chauffeur platform that provides 4D visualisation and 360-degree view for safety and comfort of the passengers.

When it comes to safety and security, Concierge uses interior sensors and deep neural networks for driver monitoring, ensuring attention when the human is in control. In addition to this, Omniverse ACE is developing easily customisable, interactive, AI-assistants with speech AI, computer vision, and natural language understanding. These created avatars can also make recommendations, provide alerts, and access vehicle controls.

The integration of OVX systems with the automotive industry would enable photo-realistic creation of twins in the omniverse and develop simulations that will result in low-cost and easier design and production process. XPENG’s G9 is also incorporating NVIDIA’s Orin software for driving in primary and secondary streets along with parking capabilities.

NVIDIA OVX with DRIVE Sim, which integrates a neural engine for scene reconstruction at the scale of the earth, developers can simulate wide-range of real-world driving scenarios for efficient and safe testing of autonomous vehicles. This will also allow recreation of vehicle features and functions for demonstration for the customers.

BMW and Jaguar Land Rover will first equip the OVX systems. “Using this technology to generate large volumes of high-fidelity, physically accurate scenarios in a scalable, cost-efficient manner will accelerate our progress towards our goal of a future with zero accidents and less congestion,” said Alex Heslop, director of electrical, electronic and software engineering, Jaguar Land Rover. WPP is also building a suite of services for automotive customers using the omniverse cloud, saving a magnitude of costs.