Check out our favorite highlights from 2022: AIM's editors have carefully curated what we consider the most impactful stories for your enjoyment! 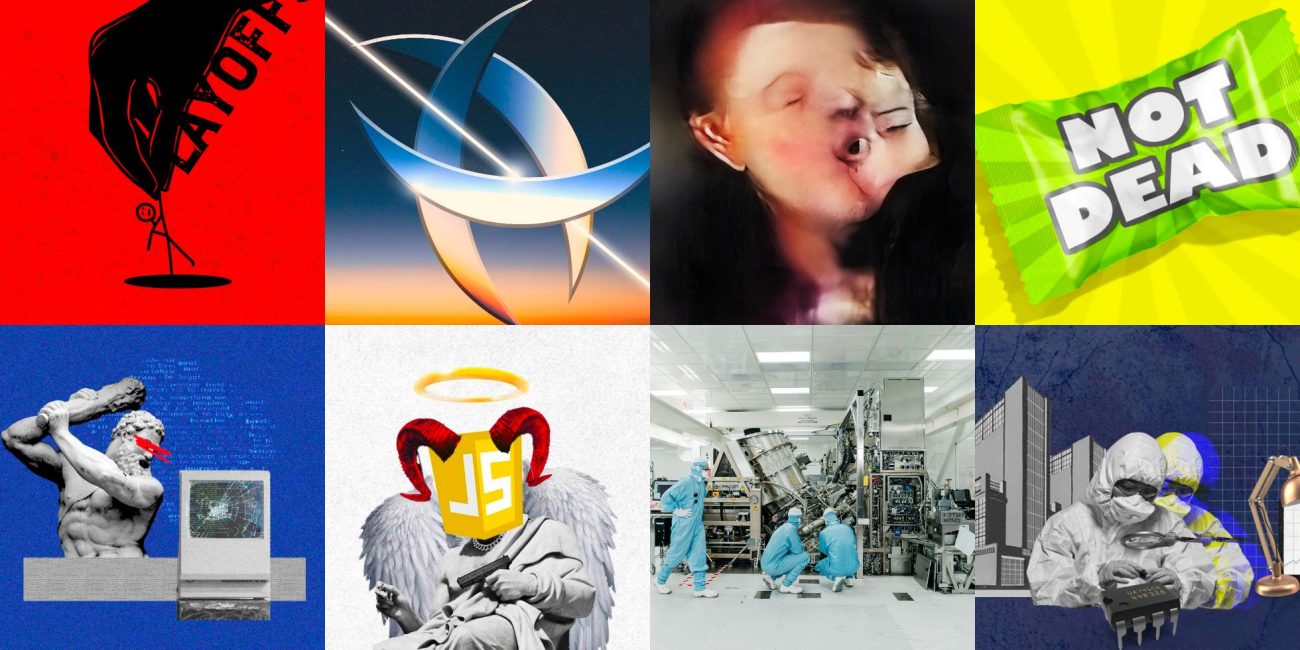 2022 was a year like no other, full of surprises and evoking extreme emotions. While some were taking to Twitter (now owned by none other than Elon Musk) to rouse civil conversation, others couldn’t help but be disturbed by the terrifyingly intelligent ChatGPT – all while technology companies battled an increasingly troublesome chip shortage. Check out our favorite highlights from this rollercoaster ride: AIM’s editors have carefully curated what we consider the most impactful stories for your enjoyment!

Do no-code and low-code signify the death of coding? Over the past few years, we have observed a surge in the usage of no-code and low-code development platforms. These environments allow non-coders to build a deployment-ready application by using a GUI, as opposed to writing many snippets of code and going through the debugging process. Coding is Dead, Long Live Programming!

Growing data centres may be a sign of growing digital infrastructure in India. Still, it will also compound India’s already scarce freshwater reserves and add strain during heat waves that are only expected to intensify due to global warming. Data Centres, Please Stop Drinking My Water

In a joint venture with Taiwanese multinational electronics contract manufacturer Foxconn, Vedanta Chairman Anil Agarwal signed a Memorandum of Understanding (MoU) with the Gujarat government to set up a semiconductor and display manufacturing unit. However, as per recent reports, Vedanta is struggling to get financial backing to facilitate the establishment of these units. The Vedanta Semiconductor Plant Has Gone with the Wind

During the Mission Electric 2022, Bhavish teased a short 30-second video of its electric car, where the design of the vehicle is inspired by the Nissan Leaf EV. Adios Prototype, Ola Hype

In an exclusive interaction with Analytics India Magazine, LeCun said that Schmidhuber has an unusual idea about how credit should be attributed. He believes having an idea and experimenting with toy problems is not enough. Angels & Demons of AI

LLMs are Encyclopaedic Thieves: Companies have exhausted the amount of data available on the internet. So, in other words, the current large language models are trained on everything available. Going Beyond Large Language Models (LLMs)

The government has put forth a scheme that offers 50% financial support of project costs for eligible applicants. There is still much interest needed from foreign companies in order for India to prove itself as fertile ground for semiconductor manufacturing. How Much Does it Cost to Set Up Semiconductor Fab in India?

Ten days after joining the company, Parekh began a structured review of Infosys’ clientele, service offerings and market opportunities. This led him to focus on scaling up digital services within Infosys (which contributed more than 59% of 2022 results).  In Salil Infosys trusts

ASML has a monopoly on the fabrication of EUV lithography machines because each one of them is among the most complicated devices ever made. Is ASML the Most Important Tech Company in the World?

The concept of “machine unlearning” is to remove or reduce the training data without affecting the model’s performance. An important use case of machine unlearning is removing unwanted data from a dataset to improve accuracy even further. Teaching Machines to Unlearn

While companies that provide services such as the WITCH (Wipro, Infosys, TCS, and HCL Tech) are regularly hiring, employees of product-based tech companies around the world are staring death in the face in the form of layoffs. The Rise of Indian WITCH and the Fall of US FAANG

This year has been pretty tumultuous for the tech industry. At the beginning of the year, we saw the Big Resignation – a term coined to describe an economic trend of mass resignation among employees in the post-pandemic era. Cut to the current times, mass lay-offs are the talk of the town – more prevalent in the startup scene. 2022 – The Year Corporate Buzzword Went from ‘I Quit’ to ‘You’re Fired’

Many developers have created their own ChatGPT projects, including integration with WhatsApp, Telegram, and other messaging platforms. It is unclear if theseChatGPT clones provide the same results as the original ChatGPT product offered by OpenAI. Beware of ChatGPT Clones

The relationship between developers and hackathons is that of a love-hate one because oftentimes, the term ‘Innovation theatre’ is associated with it. Contrary to Popular Belief, Hackathons Do Get Deployed for Real-World Problems

Automated code platforms like GPT-3 have the potential to make developers obsolete, but they seem happy about it. Artists, on the other hand, are boycotting AI-based art generation tools like Midjourney or DALL-E out of fear that they will be replaced. Developers Love AI, Artists Not So Much

Javascript is one of the most hated languages among developers. The internet is filled with hilarious memes on Javascript. Yet, even after inspiring this blend of love-hate reactions from the community, nearly 95% of the websites are built on this scripting language. Javascript For Haters: Developers can Hate it But Can’t Ignore it

Diffusion models are becoming popular for image synthesis because they offer more stability and better quality than GANs. However, GANs have outperformed diffusion models in other fields since their inception due to their ability to play adversarial games with learnable loss functions. GANs in The Age of Diffusion Models

Javascript was created at Netscape by Brendan Eich in 1995 as a companion language to Java, enabling more dynamic web pages with special effects and interactive user experience. Today millions of developers use Javascript and nearly 95% of websites are built using it. Javascript, SSL, Mozilla: The Legacy Netscape Left Behind for Developers

Tata Consultancy Services (TCS) has been one of the biggest sponsors of major sporting events – especially marathons.TCS’ association with marathons began in 2008 when they became junior sponsors for Mumbai Marathon. Marathon: An unusual marketing strategy for TCS

The strongest argument in support of the theory that UPI has spelt doom for the toffee companies is that people no longer get toffees as loose change. NO, UPI is Not Killing Candy Business

While Deno addresses many drawbacks present in NodeJS,’ it’s nowhere close to posing any threat to its predecessor’. Widespread adoption may take several years as businesses are slow to rewrite programmes currently compatible with NodeJS libraries. Node.js founder is disappointed with Node.js

A good language should be safe, fast and easy to program but first-hand experiences tell a different story about Rust – it is difficult with complex syntax and a steep learning curve designed uniquely to solve some very challenging problems in programming. Should we call Rust a Failed Programming Language?

Sridhar Vembu has always been adamant about not taking Zoho Corp public, as it would sacrifice freedom. The Compelling Reason for Zoho to Not Launch IPO