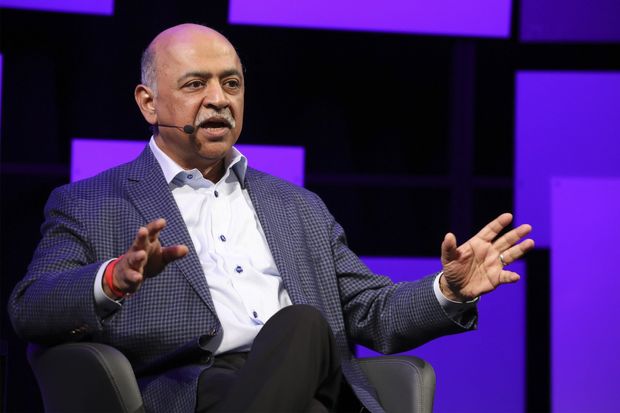 In one of the biggest news of the year, IBM recently announced that it is splitting its IT services business into a new company, temporarily named NewCo. The move headed by its CEO, Arvind Krishna, will lead to diversification of the world’s first big computing firm away from its legacy businesses to focus on high-margin cloud computing and AI business. The company believes that with this move, both the companies will be on an improved growth trajectory with more remarkable ability to partner and capture new opportunities.

With this, IBM becomes the big first computing firm to split up from its legacy business to focus on the new tech. The brand new IBM will accelerate and focus on the $1 trillion hybrid-cloud opportunity, whereas the NewCo. will focus on its services business with a revenue of around $19 billion. The NewCo will provide technical support to 4,600 clients in 115 countries, and is expected to record an expense of nearly $5 billion to be incurred in the separation and operational changes.

Krishna believes that this move will help the company revive growth after almost a decade of shrinking revenue, with a strategic focus on each of the businesses. “Now is the right time to create two market-leading companies focused on what they do best”, the company stated.

The Revolutionary Move Into Cloud

IBM has been building upon its focus on the cloud with its acquisition of Red Hat in 2019 which was primarily focused on using Red Hat’s open source innovation, OpenShift to accelerate developments in the hybrid cloud. The $34-billion acquisition of Red Hat along with the recent move puts IBM into a position to unlock the value of the cloud for its clients. With a focused deployment of cloud and AI capabilities, the company is ready to play with its strengths in the space.

“Today, hybrid cloud and AI are swiftly becoming the locus of commerce, transactions, and over time, of computing itself. This shift is driven by the changing needs of our clients, who find that choosing an open hybrid cloud approach is 2.5 times more valuable than relying on public cloud alone,” said Krishna in a blogpost.

This is one of the major moves that the company has taken in its 109-year history. The company has especially been on a transformational journey since Krishna took over as the CEO from Ginni Rometty in April — to the extent of even cutting thousands of jobs as he began reshaping the business. All of this falls into place, as the company believes that the new business will lead to extensive hiring in the coming days.

As the company dabbled into several areas from PCs and semiconductors to IT, and finally, cloud and AI, the company struggled with a dedicated focus on each of these initiatives. In fact, numbers suggest that once the iconic blue-chip company started to lose its sheen facing losses. With its focus on open hybrid cloud and AI solutions, the company is hopeful that it will account for more than half of its recurring revenues.

How Will It Impact The AI Initiatives

IBM has been strongly focusing on AI while expanding into the horizons of general intelligence. Calling it the fluid intelligence, their research team have been pioneering work in neuro symbolic AI, secure and trusted AI and AI engineering. Further, MIT-IBM Watson AI Lab has been working on AI science that creates real-world impact. As a part of this initiative, they have been collaborating with various organisations to build algorithms to bring societal impacts. They had, in fact, committed $250 million to bring high-impact research in AI. IBM has also been an advocate of policy and regulations for AI as it inaugurated IBM Policy Lab earlier this year. Not just that, IBM’s acquisition of Spanugo and WDG Automation further speak of its increased focus on AI, automation and cloud.

With the brand new company, it will have a dedicated focus on AI, thereby boosting its long-term goal of advancing research in AI. It will resolve some of the bottlenecks that the company was facing to dedicate its focus on AI. For instance, to carry the research in AI and open-source platform business, IBM needed to be an agile IP-based firm, but it’s focus on the legacy infrastructure business restricted it from exploring those options. The separation into two companies frees IBM to operate at its best capabilities in both the legacy modernisation space and in the open-source and AI transformation space. Experts believe that it will also be a good move from a stock perspective as a technology-based company is valued more than a service-based company.

Moreover, the ongoing pandemic and remote-working has resulted in increased adoption of cloud and AI in organisations to drive digital transformation. This stands as a good opportunity for the all-new IBM to help accelerate the adoption of AI, data analytics, automation and augmented reality to create a bigger impact in businesses. It is a perfect opportunity for the company to grab a pie of the high-value software and new-tech solutions and run for the competition which is currently dominated by Amazon, Microsoft and Google.

Want Your ML Algorithm To Be Fair? Check These 8 Tools