The Power & Pitfalls of AI in Indian Justice system

AI can help the judiciary dispose of thousands of pending cases. 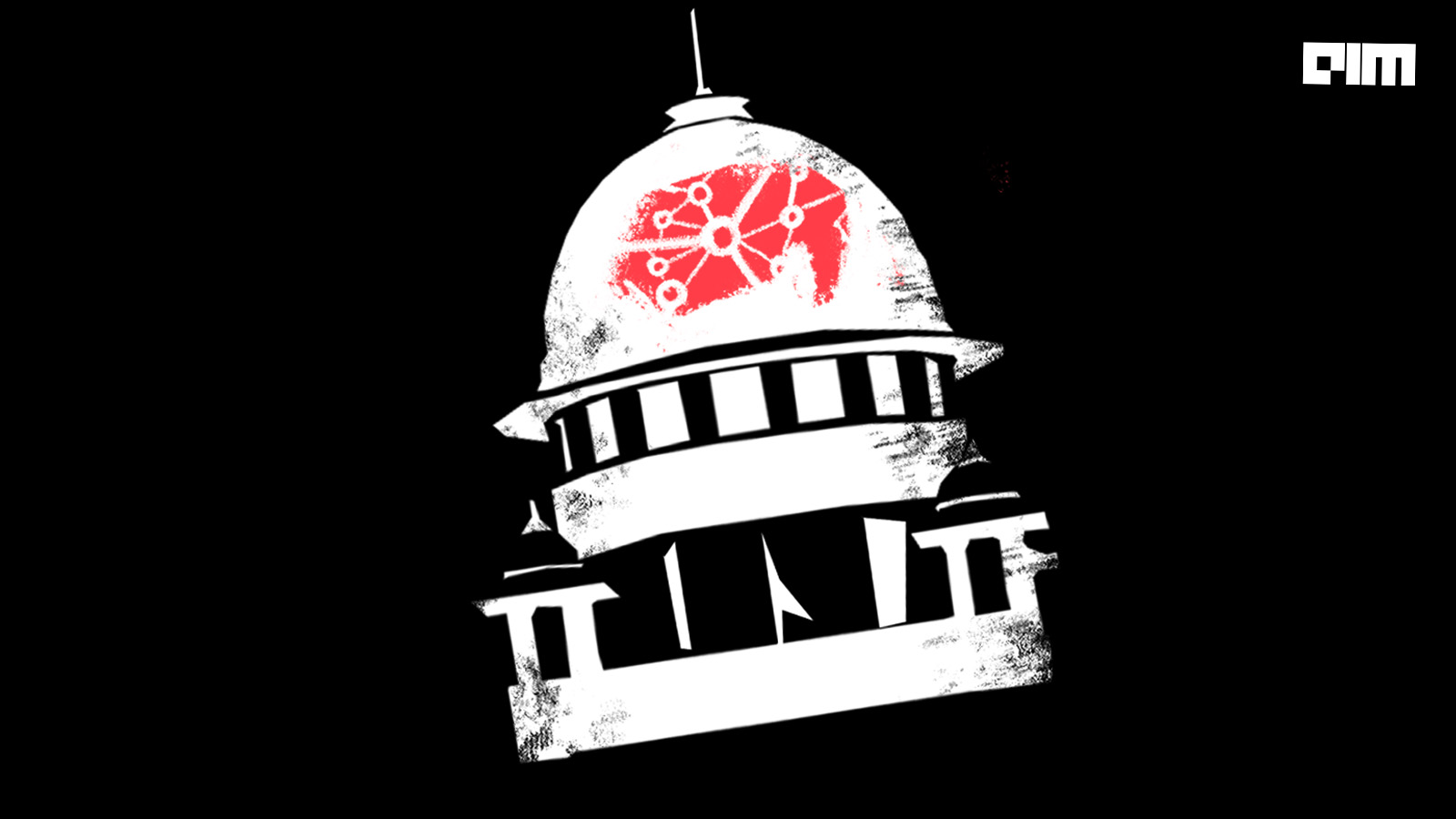 In recent times, the Indian judiciary has taken some concrete steps to integrate AI into its operations. The Supreme Court AI community was formed in 2019. The apex court launched its first AI portal ‘SUPACE’, Supreme Court Portal for Assistance in Courts Efficiency which leverages machine learning to deal with huge chunks of case data.

The Covid-19 pandemic also boosted the digitalisation of the judiciary system significantly. Top courts in India switched to e-filing and court proceedings were conducted through video conferencing.

But, these advancements are not solely the result of the pandemic. The process of digitalisation of Indian courts began in 2007 with the announcement of the ‘eCourt Project’, an initiative in the National eGovernance Plan.

Phase I of the eCourt Project focused on the building blocks of digitisation, i.e., setting up hardware; internet connectivity; digitising case records; and operationalising the e-Courts platform and Phase II aimed at service delivery to the litigants, lawyers and other concerned stakeholders by setting up various projects like National Judicial Data Grid (NJDG), virtual courts and eCourts Services App.

The suggested plan of action for Phase III of the initiative aims to adopt an ecosystem approach wherein different systems can interact with each other with an objective of simplifying court procedures, creating a foundational digital infrastructure and establishing a new institutional and governance framework.

“While e-courts are just a beginning to increase transparency and accountability, it alone will not solve the problem of delays in the Indian justice delivery system. This needs to be backed up by a cohesive strategy around timely judicial appointments, [eliminating] technology access issues”, says Nikhil Narendran, Partner, TMT, Trilegal.

The ‘eCourt Project’ is a welcome new step in the direction of building a digital infrastructure for the Indian judicial system owing to its role in successfully setting up the basic ICT infrastructure in courts.

The project further aims to prioritise certain core digital platforms such as digital case registry, comprehensive case law repository and creation of judgement templates for judicial purposes and help reduce the burden on courts by providing efficient systems and tools that would ultimately save considerable processing time and encourage swift delivery.

“However, this does not mean the eCourt Project has no challenges in terms of its implementation. One of the major concerns that emerge from the establishment of digital infrastructure and other ancillary initiatives is the absence of a robust data protection law in India which may lead to privacy concerns, especially with respect to the collection and processing of different kinds of data.

“Further, the implementation of the said digital infrastructure and its use in lower courts like district courts in India will be difficult considering there is relatively limited understanding of the emerging technologies in such lower courts and ground level training is rather bleak”—Harsh Walia, Partner at Khaitan & Co.

How can AI improve the judiciary?

Predominantly, AI is expected to help solve the problem of pendency.

A huge pile of pending cases is sure to affect the efficiency of courts and ultimately impede swift access to justice. The list of pending cases in Indian courts is humongous, with some having been pending for nearly three decades now.

“The delays in our justice delivery system make accused, plaintiffs and defendants victims of its slow punishment by process. Digitisation will help in speeding up justice delivery”, says Nikhil Narendran.

Similarly, the accuracy, pace and characteristics of legal research could also be enhanced significantly through the use of AI.

Various administrative obligations at top courts, besides case hearings, such as official communications, planning and organising different categories of trials could be easily managed through AI too.

The automation of such tasks through AI would allow the judicial body to focus on their core responsibilities—delivering timely justice.

There are many instances of AI already assisting judges in bail and parole hearings. For instance, in US courts, an AI-based tool called ‘Safety Assessment’ (PSA) helps judges make a decision in such hearings by producing a risk score after factoring in different pre-laid out parameters.

“There is an urgent need to adopt ML and AI to increase the efficiency of the justice delivery system of India. These technological advancements have already become integral to the justice delivery systems of other nations such as China, Singapore, the US and the UK. An example would be smart court SOS (system of systems), a system powered by ML which is being used at various courts in China that connects to the desk of every functioning judge across the country.

It automatically screens out cases for the purpose of reference, recommends relevant laws and regulations, drafts legal documents and alters perceived human errors, if any, in a court’s judgement”, says Harsh Walia.

Further, as generating legal documents can be time-intensive, AI models like computer vision and natural language processing (NLP) can be used to generate statements, evidence documents and charge sheets. Leveraging such technology would help reduce human dependency and the scope of errors in information input.

“The initial focus of use of AI/ML technology must be to improve the work of lawyers and judges when it comes to document management, case management, research etc.”, says Nikhil Narendran.

Considering the current state of affairs, the Indian judiciary could benefit from other technologies. For instance, smart contracts can be promoted as a way to dispute avoidance to reduce the administrative load on the courts.

“Online Dispute Resolution (ODR) can also function as a way to reduce the number of small causes matter to courts. This needs to be promoted by the Government as a solid alternative.

AI tools in use

Many law firms in India are also leveraging AI to make their operations efficient.

“One of the leading Indian law firms has licensed ‘Kira’, an ML programme developed by Kira Systems based out of Canada. This AI-based software can handle multiple tasks at a time, saving a lot of time and effort and is used to analyse legal papers, identify critical areas and extract provisions from multiple legal documents”, says Harsh Walia.

Additionally, a number of major law firms in India are using ‘Mitra’, another AI-driven legal research platform for research purposes.

“We have seen AI/ML uses in due diligence and case management. However, most systems are rudimentary and require years of operations to mature as reliable technologies. For instance tools like Kiara and Luminous are good DD tools which employ AI/ML techniques”, says Nikhil Narendran.

Can AI ever deliver justice?

Even though walking into a courtroom and confronting a robot judge sounds like a passage from a science fiction novel, many envision that such things could one day become possible.

Many experts from the AI community, however, have emphatically cautioned against the use of AI in legal proceedings. AI in its current form does not possess the intellect required to resolve a legal issue, certainly not a complex one. Not to mention questions of ethics.

Vidhi Centre for Legal Policy, an independent think-tank published a research paper highlighting that the integration of AI in the justice system requires a comprehensive legal, regulatory and ethical framework to establish trust in these technologies. Additionally, over the years, AI has also been found to be biassed in multiple cases. Before we can even think of AI delivering justice, we must address these issues first.

“AI/ML technologies are far off in terms of helping lawyers and judges in decision making. However, in times to come, we will see more uses of such tech even for active lawyering,” concludes Nikhil Narendran.