The Tech Behind Mayflower Autonomous Ship 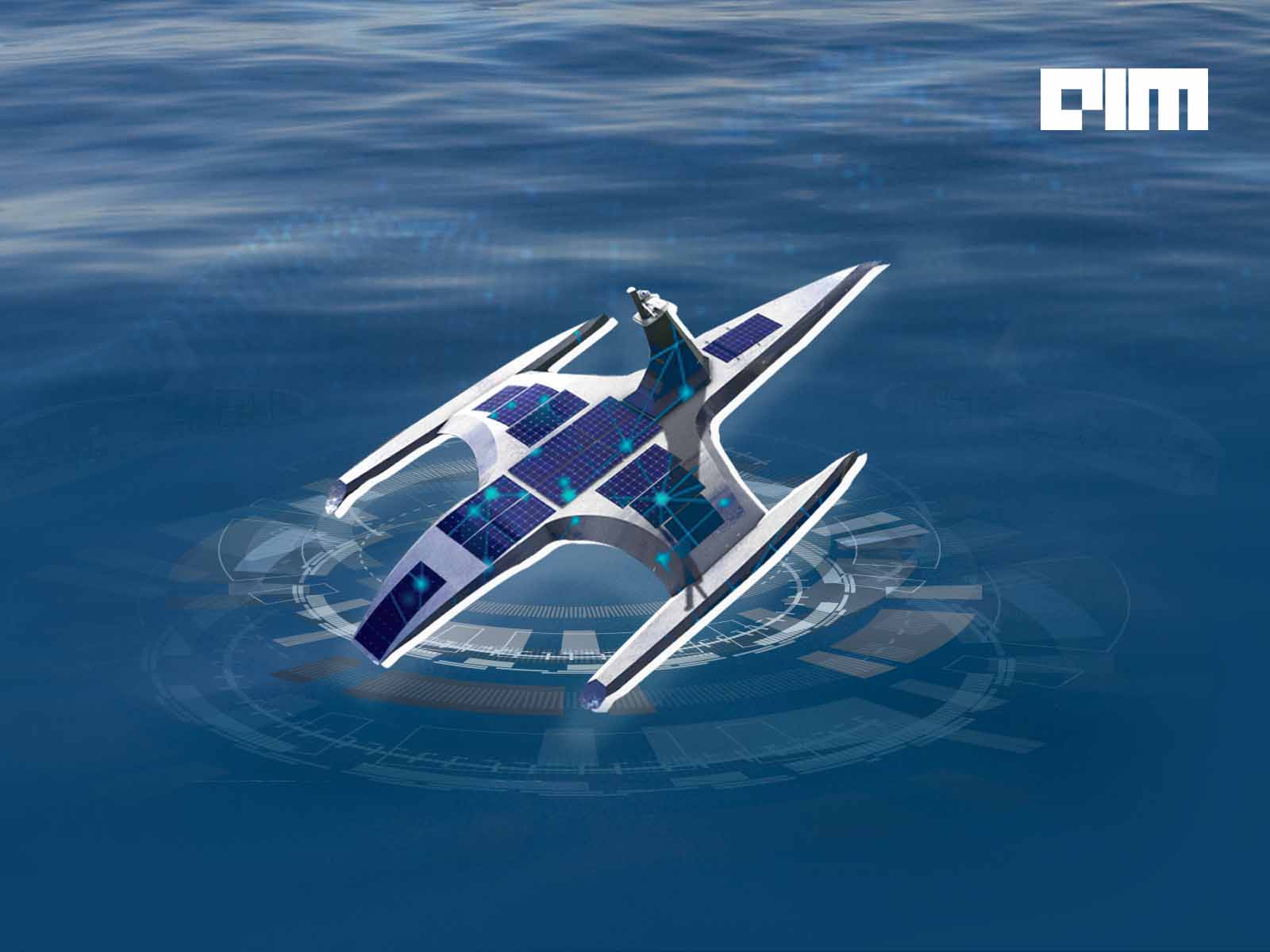 It was 1620 when the namesake English ship transported the pilgrims from England to the New World, and it’s now four hundred years later IBM’s Mayflower Autonomous Ship is ready to begin its voyage on a similar course, however, driven autonomously.

To collect data on the ocean and marine life, including sampling for plastics, IBM along with maritime research organisation ProMare, designed this autonomous AI-based ship. The ship, captained by an AI robot, has been trained on a million nautical images and will complete six months of sea trials from Plymouth, the UK to Plymouth, Boston.

Made of aluminium composite, this lightweight ship is a trimaran which is designed with solar-powered batteries to spend long durations in the sea collecting critical data about the ocean. Although designed to operate autonomously, engineers, scientists and shipbuilders will be able to monitor its progress remotely, thus will be able to function for longer hours and even in challenging times.

Post two years of designing the ship, the autonomous Mayflower turned out to be half the length and less than 3% of the original design, but with a maximum speed of 10 knots, i.e. 18.5 km/hour. According to the release, not only the ship will be able to scan the horizon for possible hazards, but will also be able to make informed decisions of changing its course based on the real-time data available.

How Does The Autonomous Mayflower Work?

According to IBM’s website, the world ocean contains more than half of all lives on earth, and thus to protect it, one needs to gather enough data to understand it. And that’s why IBM initiated this autonomous ship to collect data about the ocean.

The Mayflower has been packed with technologies like lidar and radar that are used in autonomous cars, and will help in detecting multiple hazards in the path from miles ahead. Along with this, it will also come with onboard cameras for better sailing; automatic identification system to keep a tab on weight, speed, etc.; and GPS for specifying location, speed and course.

Navigating autonomously in water due to rough conditions can be a challenging task; therefore, the ship has been armed with attitude sensors to assess local sea state, a fathometer for measuring water depths, and a vehicle management system for managing power consumption and batteries. Working along with oceanographers and other autonomous vessels, this autonomous ship will be used to have a profound understanding of critical issues like global warming, plastic pollution in oceans beds and marine animal conservation.

The training of the model has been done on a million of nautical images collected from cameras and open-source databases. And for processing the machine learning, the researchers utilised IBM Power AC922 which is fuelled by IBM Power9 CPUs and NVIDIA V100 Tensor Core GPUs. Along with these, IBM also used its computer vision technology to enable the ship to detect and classify objects avoiding crashes.

Considering the ship had to work with less bandwidth connectivity, the team equipped it with IBM’s edge computing system which is powered by NVIDIA Jetson AGX Xavier devices. This omits the lag in making decisions and reduces the amount of data flow and storage on the ship. Alongside, the Mayflower has also been equipped with a series of research pods like acoustic, nutrient and temperature sensors, plus water and air samplers. These will provide the right picture of the ocean and marine animal conditions.

The autonomous vessel directed by an AI Captain has been designed to support all types of data including meteorological, oceanographic and climatic data, which will later be used for research purposes. The AI Captain will work on IBM’s rule management system to follow the rules of the sea and will leverage forecast data from The Weather company to navigate correctly.

To have constant communication with the ship, IBM and ProMare have also launched an interactive web portal to provide real-time updates on the ship’s location, environmental conditions as well as data from its various research projects. The team has also created a chatbot named Artie that will provide the information about the ship to the humans involved, in an accessible format.

According to Fredrik Soreide, Scientific Director of the Mayflower Autonomous Ship Project and Board Member of ProMare, MAS400 is so far the most advanced web portal for ocean missions.

Also Read: What Is Autonomous Analytics?

With earth’s climatic and environmental conditions decreasing in recent times, this autonomous ship — the Mayflower can be a flexible and cost-effective way for oceanographers and researchers to collect critical data about the ocean. Not only the vessels can spend long durations at sea but can also undertake various research missions and take decisions on route optimisation.