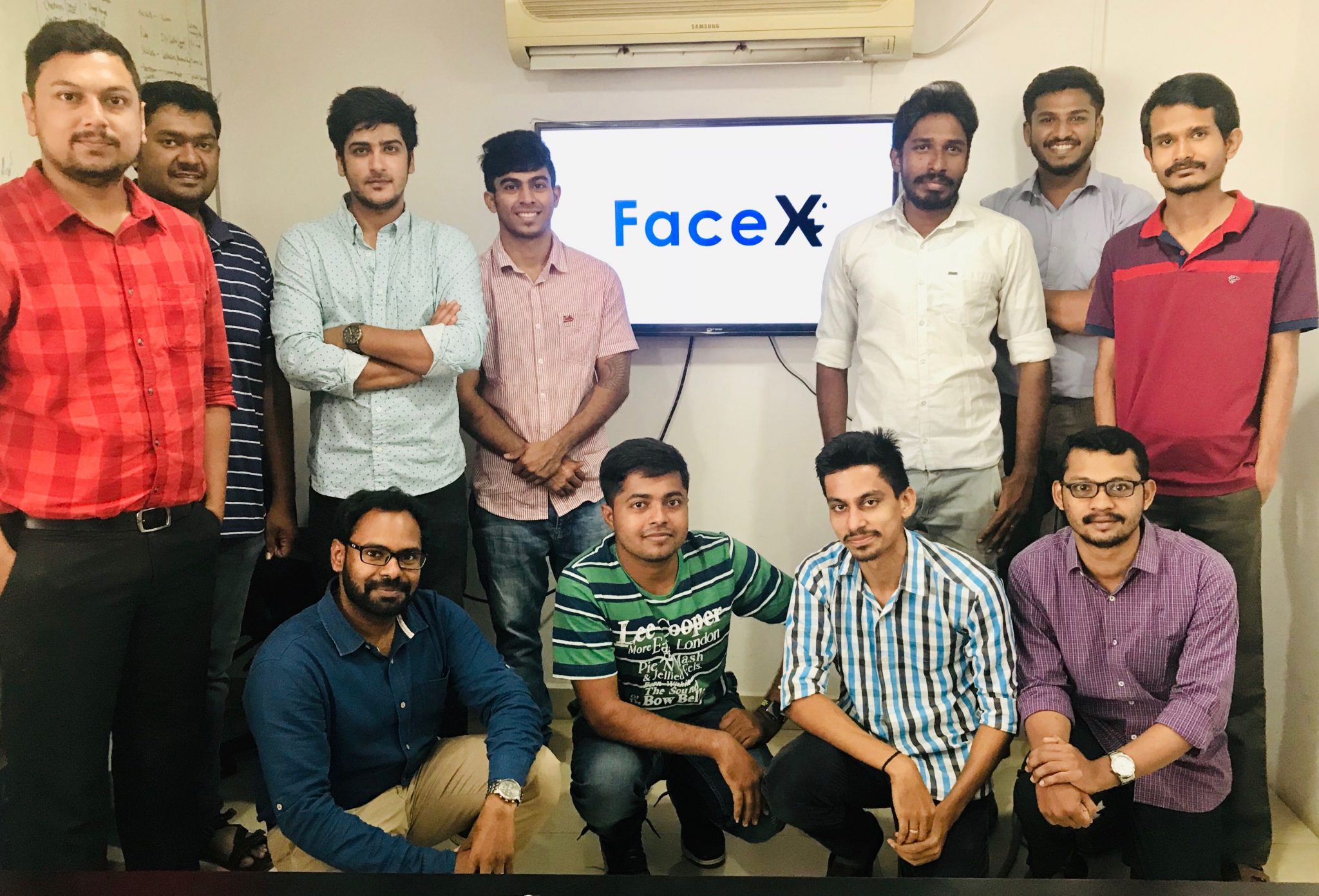 Facial recognition is growing as a major research area as it has a wide range of applications across various sectors, including critical applications like criminal detection, border security, and paperless airport check-ins, among others. It is one of those technologies that marvel at what machines are capable of doing and those are the things that even humans can’t, like identifying a person’s face by taking hints from contours.

Now, an Indian startup called FaceX is working in this buzzing area with a team of eight, consisting of data scientists, vision experts and business development and marketing. Analytics India Magazine got in touch with them to know more about their journey and their work. We had also previously had Safeer Usman, the CEO of FaceX on our video podcast.

How Did It All Begin?

Usman was working with a data-oriented project, after his Master’s from Imperial College Business School, London. This was when he understood that data has immense value if used correctly.

But after returning to Bengaluru, he realised that the city does not have a proper water system and drainage system. That is when he found a team with some of his old batchmates and started working with a project in IIT Bombay Health Division which looked into water and wastewater, under professor HS Shankar, as a part of which data was extracted from lakes and used to build data prediction models.

The modelled data was able to predict any changes in the health of lakes and identify possible reasons for the change. They then sold their solutions to various pollution control boards and various companies, including the Ganga River Project, to help them with water solving problems in water treatment. This was when they came up with an open platform for developers of FaceX.

Behind The Scenes of FaceX

FaceX uses Python, Keras, TensorFlow, Google Cloud Compute along with their own hosted cloud to deliver top-notch facial recognition services to its clients. They have a patent-pending technology that employs state-of-the-art tracking technology which is robust to detect people even with the presence of low illumination and varied poses. It also detects people at far distances, even when the face is pixelated very badly to the human eye. The dataset of FaceX is constantly evolving. The machine learning of the system has images uploaded by the user and thereby improves the accuracy due to auto-training done with the images. FaceX’s face comparison and recognition APIs create a unique 128-bit vector and recognise faces with over 94% accuracy.

The very first customer of FaceX was Klik Analytics that used facial recognition to build retail solutions. FaceX has a wide range of clients; from entrepreneurs who want to make an avatar app to large security companies such as Metropolis in Singapore who wants to use FaceX for recognising known offenders. They have also worked with India’s biggest mall, LuLu.

They have spent about four years in the area of facial recognition and currently serve over 100 developers that work with facial recognition applications. Usman said, “As with a start-up, the problems never end. However, we are thrilled with users logging in and using our services from across the world. Our user base of paid users is growing on a daily basis.”

FaceX has a plan laid out for the next three months which starts with getting a strong advisory board initially to ensure a solid get-to-market strategy to getting funded. They are also cultivating relationships with few Pre-Series A investors that match their DeepTech and AI interests. The face recognition platform has also surpassed the well-established Microsoft Face and Amazon Recognition in accuracy tests. The developers get instant support and service for free, which is not common in the industry. Currently they are working to achieve spoof detection and liveness detection with their platform, which is hardly practised by a few companies.

FaceX is looking to raise some funds to market it across their target and improve the services.

The startup is also looking to partner with a large number of organisations and is targeting a large market, as they think that partnering will mutually benefit them.

The Most Important Numpy Functions You Should Know When Learning Python