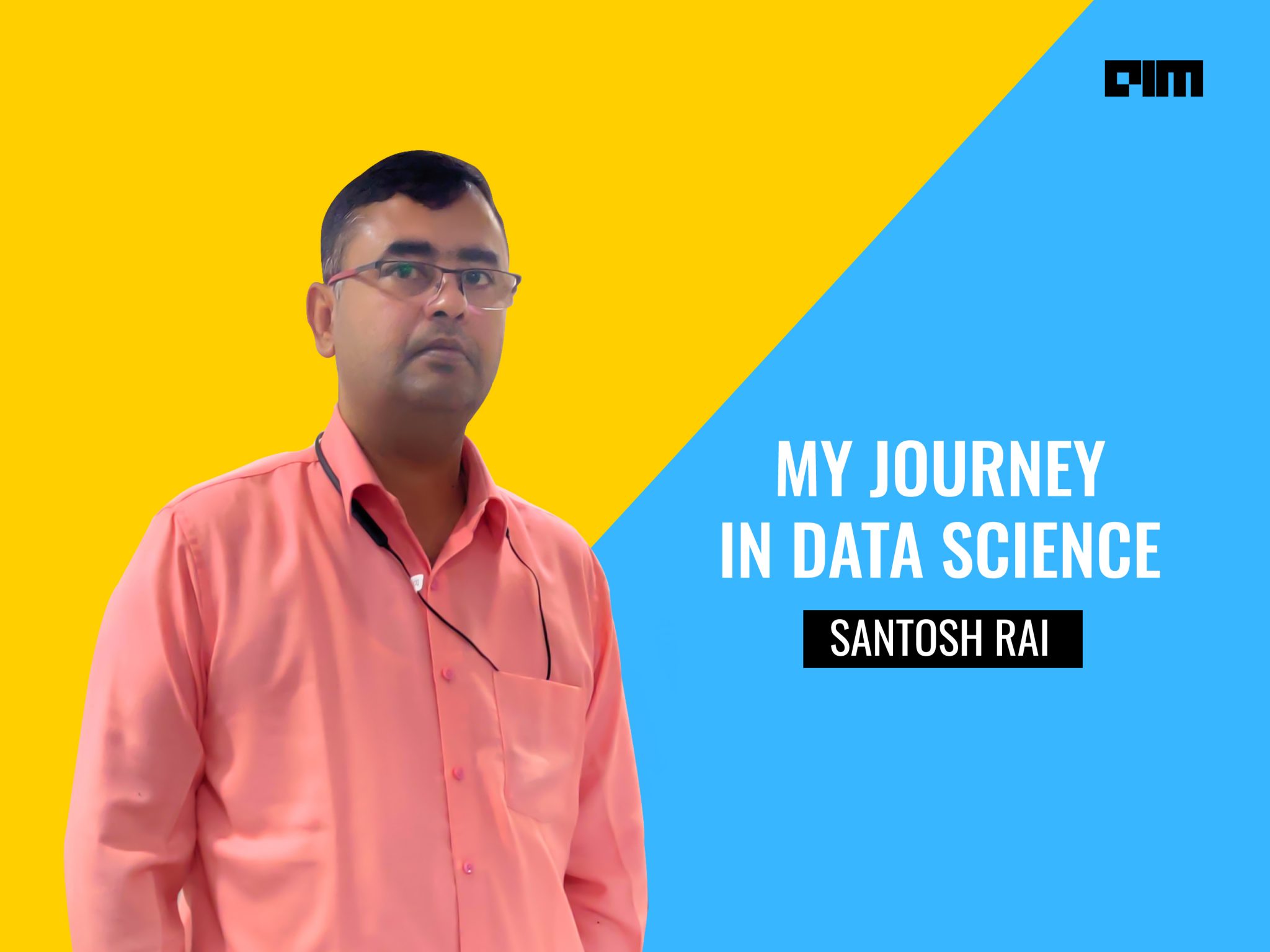 Since data science has become one of the hottest sectors in the country, people are switching their career to become a data scientist. However, for experienced professionals, it isn’t as easy that many online gurus seem to preach. There are numerous factors that come into play and lead to a lot of failures in their road to changing career. For one, organisations often do not prefer to take experienced software engineers or developers into a mid or senior-level data science position. This is mainly due to the fact that they lack the ability to convert business challenges into data science problems, thereby, failing to mitigate obstacles and help firms in its growth. It also doesn’t help that they already have hefty salary packages.

To understand what it takes to switch career and thrive in the data science landscape, this week we interviewed Santosh Rai, artificial intelligence architect and head data scientist at ProVise Consulting, for our weekly column My Journey In Data Science.

Rai graduated as an electrical engineer and worked for IT firms as an application developer in various verticals such as insurance, financial services, among others. After 15 years in software development, he decided to move to a niche technical area — data science. Determined, Rai started to devise the learning path for his data science journey and found out that several education startups were offering data science and machine learning courses. Seeing a glimpse of light in e-learning platforms for his road to data science, Rai started learning from Coursera, EdX, YouTube, university courses, among others.

Talking about his job strategy, Rai stressed on the importance of strong foundation in probability, statistics, mathematics, and programming, but he warned that just being proficient in basic will not help in switching into competitive data science landscape. “Learning the ropes does not get you a job, one has to have the ability to convert numerous business issues into algorithm problems and then breakdown those challenges into several small hurdles to solve them,” explains Rai. “Consequently, I worked on improving my data intuition by unriddling real-world business challenges.”

After improving his dexterity in both programming and critical thinking, Rai applied for relevant jobs through Naukri.com and LinkedIn Jobs. He also advised that randomly applying to every job without checking the job description can drain one’s energy and may negatively impact the moral.

Even though Rai had 15 years of development experience both as a developer and project lead, it was not a cakewalk for him to get the first data science break. He started looking for the job in 2014 but was only able to secure a job in 2015. During this period, Rai failed 12 times in job interviews before eventually making it into data science. “I do not remember much about those interviews, but I didn’t give up and wasn’t demoralised as well. Rather, I saw my failures as stepping stones to success,” mentioned resolute Rai.

Rai continued on his struggle and said most experience professional succumb after failing in a few attempts. Instead, they should understand what recruiters want and enhance on their shortcomings.

Being an AI architect, Rai builds and manages a team of data scientists to achieve business objectives. Learning from his past experiences in data science, where he worked on diverse projects, Rai tries to implement effective strategies to complete projects successfully. To further get advanced knowledge, he also pursued M.Tech from Birla Institute of Technology and Science, Pilani. “I keep learning to empower myself,” he said.

Currently, he is managing a team that develops cybersecurity solutions that include various server log analytics for detecting threats in real-time, and NLP systems to automate risk and compliance tasks.

To implement the projects successfully, he also hires data scientists and machine learning engineers. When asked about the qualities he expects from the candidates, Rai said the seeks expertise in programming skills in Java and Python. Further, he added the importance of Java programming as it helps them in developing production-level code. “One does not necessarily have to write an algorithm in Python and its ML libraries; a small ML model programmed in Java can be as effective as any other large modules, and in some cases, light-weight modules deliver quick results than the larger one,” says Rai.

However, he did not thrash the logic of huge ML modules and said they have their own advantages in several use cases.

“Just completing a diploma or certification will not make anyone a data scientist. Companies seek candidates who can do more than just programming,” Rai says emphatically.

As a piece of advice for aspiring data scientists, Rai said apart from the domain knowledge of Python, ML or statistics, candidates need to have good communication skills. Developers are expected to explain their models to non-technical stakeholders. Stakeholders often get critical if one cannot describe how developers came to a particular conclusion. Therefore, they should focus on improving their communication skills along with technical skills to thrive in data science.