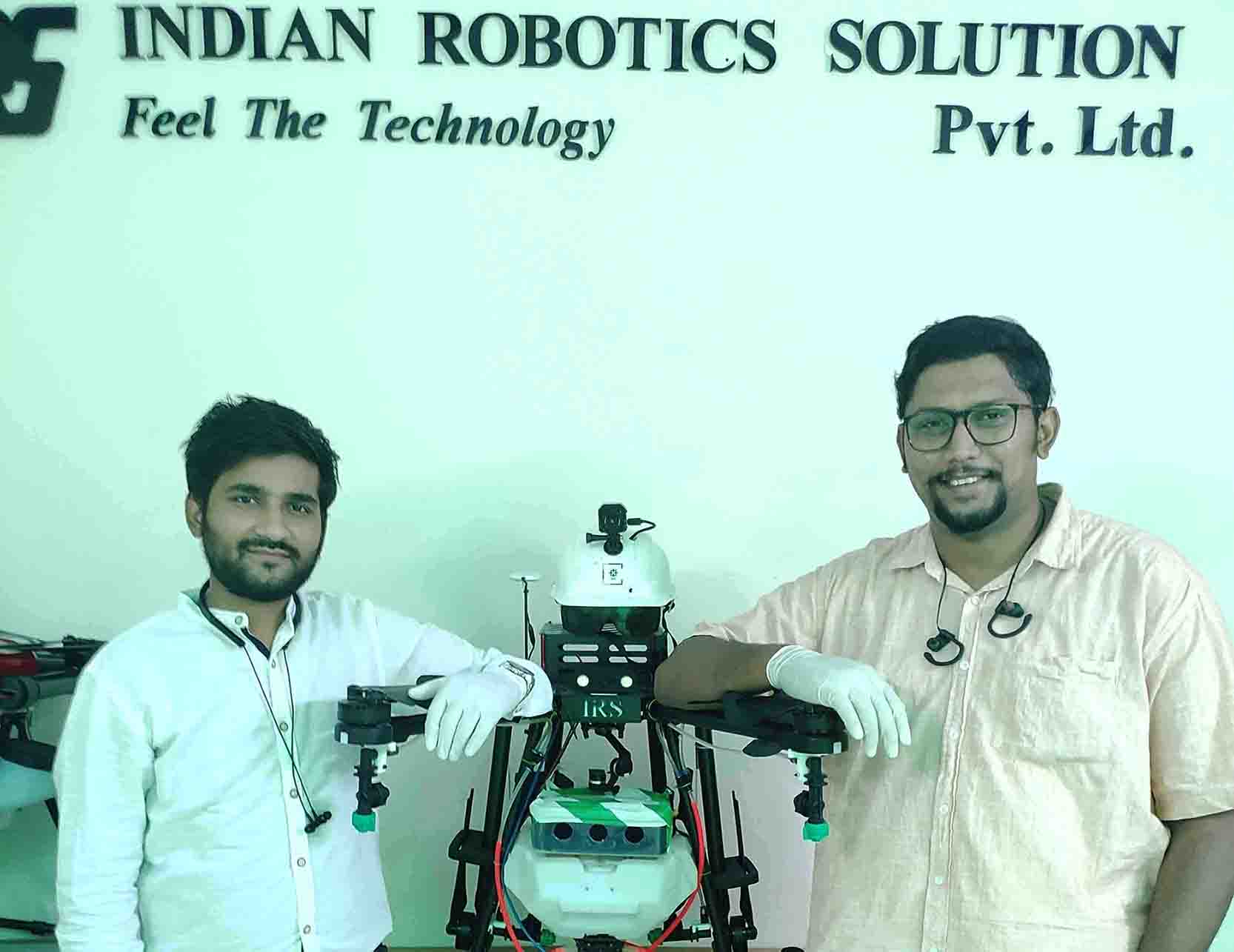 Over the past few years, the robotics industry in India has pushed the traditional business areas, such as R&D manufacturing as well as production, to enter emerging domains, including education, rehabilitation, among others.

The robotics industry in India started in a modest way. But in recent years, it is now growing fast as the nation has basic components in place to shift into a robotics industry force, including a strong educational system, academic research facilities, along with an increasing entrepreneurial business drive.

Prashant said, “We developed a complete working robotic prototype to pull the OPGW wire through a robot. The company later got it patented and is one of the renowned power grid companies in India.” He added, “Additionally we have been providing thermal drones to Indian Army for night surveillance for the last 3 years and also providing services to some of the corporate sectors like solar power plants and power transmission lines for the survey.”

During the COVID-19 pandemic, the company came up with 3 flagship products, which are-

To this, Sagar replied that the motto of the company is to design technologically advanced robotic solutions which actually solve the problem. According to him, as the company works with various government and defence agencies, there are three main things which cannot be compromised – quality, precision and efficiency.

To this Sagar replied that there are several drone startups that are working with the government to help combat coronavirus. The startup Garuda Aerospace, which is working on sanitisation efforts, Mumbai-based ideaForge, a startup working on surveilling social distancing, and Telangana-based Marut, which is also helping in sanitisation can be considered as potential competitors.

IRS has already opened offices in Delhi and Bhopal and are planning to start one in Hyderabad soon. Prashant said, “Moving forward, we would be working on making robotic solutions including stealth land rovers and also transformable drones which can go on water, air and all-terrain for the Indian Intelligence Agencies.”

He added, “We will be integrating an AI-based system in the CCD as well as launching a thermal-imaging CCD in the months to come. We are already working with the army from the past three years and I am sure we would be able to assist the defence authorities better in the time to come.”