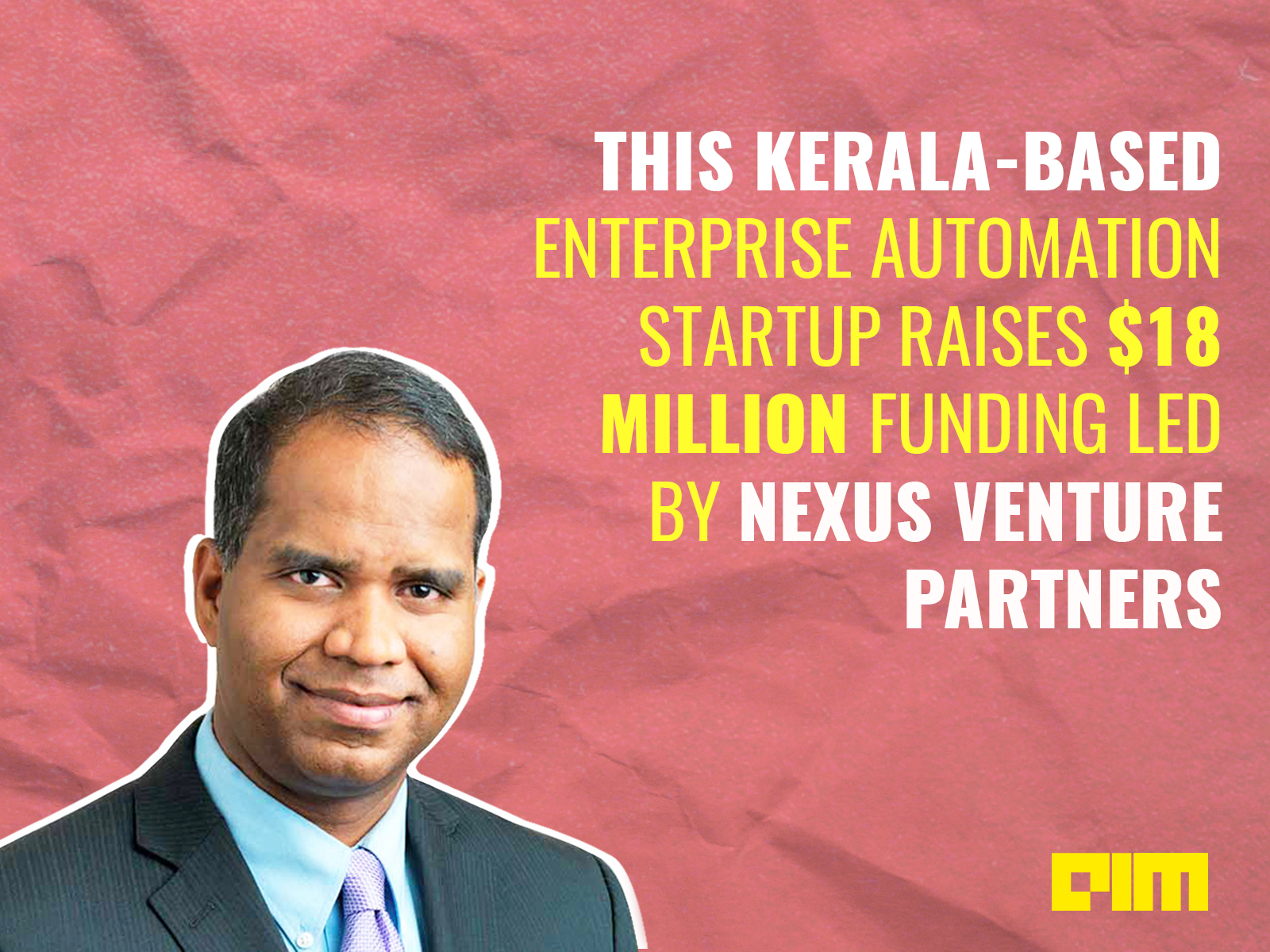 Kerala-based enterprise automation startup Jiffy.ai has announced that the company has raised $18 million in their Series A funding led by Nexus Venture Partners. This funding has been done in participation with Rebright Partners and W250 Venture Fund for developing products as well as expanding into newer markets around the world.

Run by Malayali entrepreneur and a former president of Thiruvananthapuram-based IT company ‘Envestnet’ Babu Vinod Sivasdasan, Jiffy.ai, a brand of Paanini Inc, is a company that uses technologies like RPA, machine learning and artificial intelligence to help businesses in automating their tasks and processes that are usually performed with manual intervention. Their solutions are designed to make their customers’ operations more time and cost-efficient. Alongside, the platform also includes a design studio for no-code application development, and a configurable analytics dashboard to monitor automated processes.

For the Series A funding, several C-level business leaders, led by Charles Goldman, the CEO of AssetMark; Richard Galanti, the CFO of Costco; Sri Viswanath, the CTO of Atlassian; Tony Thomas, the former CIO of Nissan Motors; and Bob Ward, the former COO SunGard Wealth and Retirement, have also invested in the startup.

According to the media, with development centres in Bengaluru, Thiruvananthapuram and Cochin, the startup, Jiffy.ai, is also working with companies to upskill and provide job training and placement programmes for people whose positions are displaced due to RPA and other automation technologies.

In fact, when asked co-founder and CEO Babu Sivadasan stated to the media, “Our overall goal is to promote sustainable, compassionate entrepreneurship and our entire founding team are aligned around this core belief that we have a responsibility to give back to the community through our social programs and build a better workplace for tomorrow’s leaders.”

Also Read: What Investors Should Look For In AI Startups?

The startup will use this new funding for their research and development operations and scale its business in newer regions like the United States, Europe and Southeast Asia.

According to a news report, the company amid this crisis has witnessed more traction of its platform as the majority of the big companies are transitioning to a remote workforce and demanding for assistance to manage their middle and back-office processes and operating without human intervention.

Sivadasan further stated to the media, “legacy RPA providers focus on a narrow range of process automation, heavily focused on the front end and data entry, and selling bots which require extensive upkeep and management.” On the other hand, Jiffy.ai has been designed to allow businesses not only to deploy and manage process automation centrally but also to develop applications with simple drag and drop setup. Such methodologies entirely transform the processes, “rather than simply extending the life of legacy technologies,” concluded Sivadasan.

Top 10 Computer Vision Conferences To Watch Out For

How This Delhi-based Startup Uses AI To Redefine Corporate Wellness