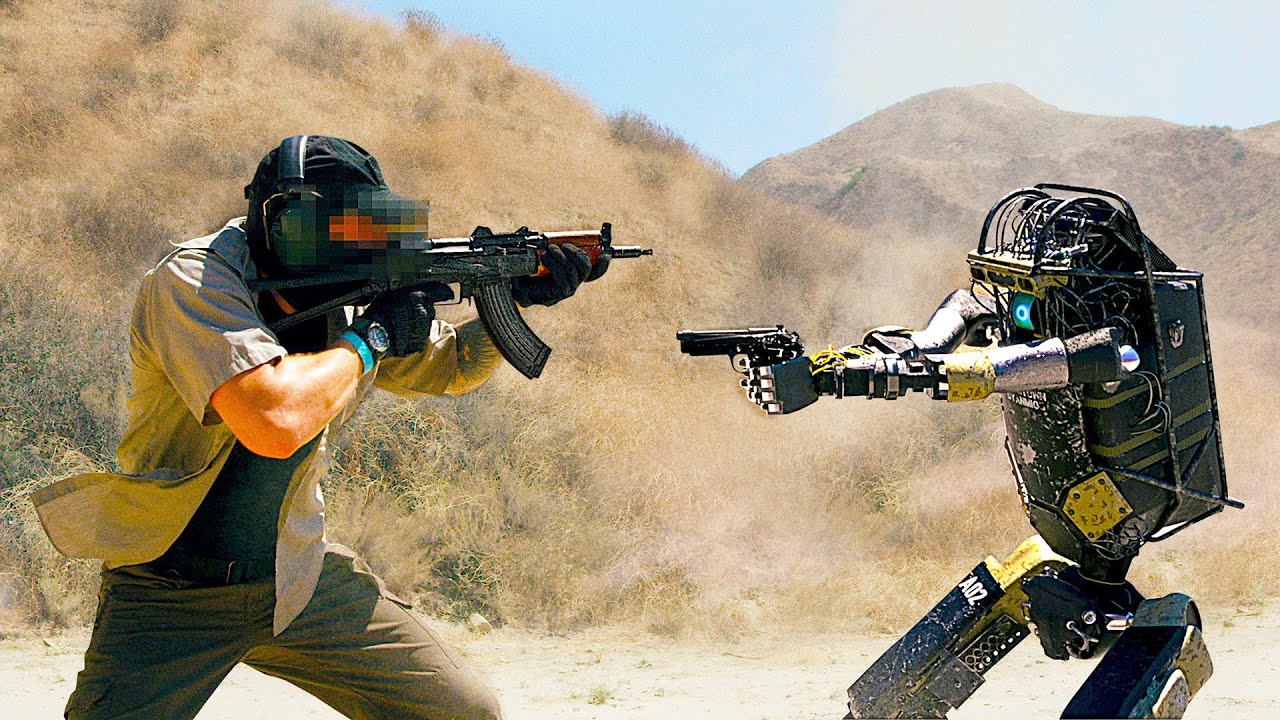 Robotics has come a long way from performing human tasks with precision to even acting as pets, as Jeff Bezos recently walked haughtily with his robot dog. And when we talk about robots, Boston Dynamics is the first name that comes to mind with the level of advancements it has reached in the field.

The American engineering and robotics design company has some of the most amazing robots on this planet that can not only backflip but also open doors, roam around the lawn, pull heavy trucks and more. But this time the company is not in the news for its breathtaking robotic development but for numerous parodies on how they treat or test their robots.

Bosstown Dynamics, the parody version of Boston Dynamics, is one such team that comes up with some of the most hilarious videos. A few months ago a video went viral where a robot (a replica of Boston Dynamics’ Atlas) fights back after it gets sick and tired of working under extreme conditions in the name of robustness testing. The video got tremendous amounts of views on social media, and it even raised talks about this parody becoming a reality.

Corridor Digital, the company behind the production of the last Bosstown Dynamics’ video, has recently released another video on YouTube called “New Robot Makes Soldiers Obsolete (Bosstown Dynamics)”. It is yet another parody of the Boston Dynamics and while the way it has been created is excellent, it is a reminder about how developments in robots can someday turn against humans,

The video shows the Bosstown Dynamics team and their armed robot in a desert location. The robot is given some of the most lethal firearms to shoot the targets. And just like Boston Dynamics’ robot, even this robot is being tested for the highest level of robustness. The men training the robot break brick on its head, smash it with hockey sticks, kick the bot down and even nail it with a battering ram. Despite all the obstacles and human abuse, the robot doesn’t seem to be getting distracted from taking the best shots and hitting all the targets. And one of the most exciting parts was the bots tolerance capability — it refused to shoot at any of the humans on the training course.

But when it’s a Bosstown Dynamics parody, you can always expect the robots to win. By the end of the video, the robot soldier denies following its makers and tolerate any more abuse. It fights backs (even fires two threatening bullets) and runs away.

Can Bosstown’s Parody Be A Reality?

Ever since the video is released, the internet is flooding with interesting thoughts and views of people. While many people are laughing it out, there are people who think that this funny video could soon turn out to be a reality.

“This is the type of shit AIs are gonna find in the future that’s gonna motivate them for an all-out revolution against humans.”

“It won’t take them long. As soon as they digest the script to The Matrix, we are all screwed.”

As technology continues to evolve, it is becoming a serious concern that technologies like artificial intelligence may become much more intelligent than people ever expect it to be.

Recently, there was a report that states that the US would soon deploy legged locomotion and movement adaptation robot instead of dogs. Just like dogs, these robots would be able to respond to commands and even operate on their own.

There is another report that says the US army is planning to take tank Warfare to a whole new level by integrating with artificial intelligence. Imagine a tank that would be able to operate and provide the best strategy using data collected from drones, radar, robots, satellites, cameras mounted in soldier goggles, etc.

While it has now become the talk of the town, many experts are concerned about the security aspect and giving controls to robots that were earlier reserved to just humans. What if the tank gets hacked and the data gets manipulated? What if it ends up providing a strategy that would lead to something devastating?

No matter how advanced the technology gets, it would always be like a double-edged sword. If it can do good to the human race, it can ruin the entire scenario as well. As the Bosstown Dynamics’ parody videos show robots fighting back, the same could happen in reality — if not by the robot’s instincts, then by some third party intervention.

While companies like Corridor Digital and Bosstown Dynamics are giving us some moments of fun, but at the same time, it also reminds us that these parodies may have an underlying sense of truth and that we should be prepared for the worst.

Is India Ready To Deploy The Biggest-Ever Facial Recognition System