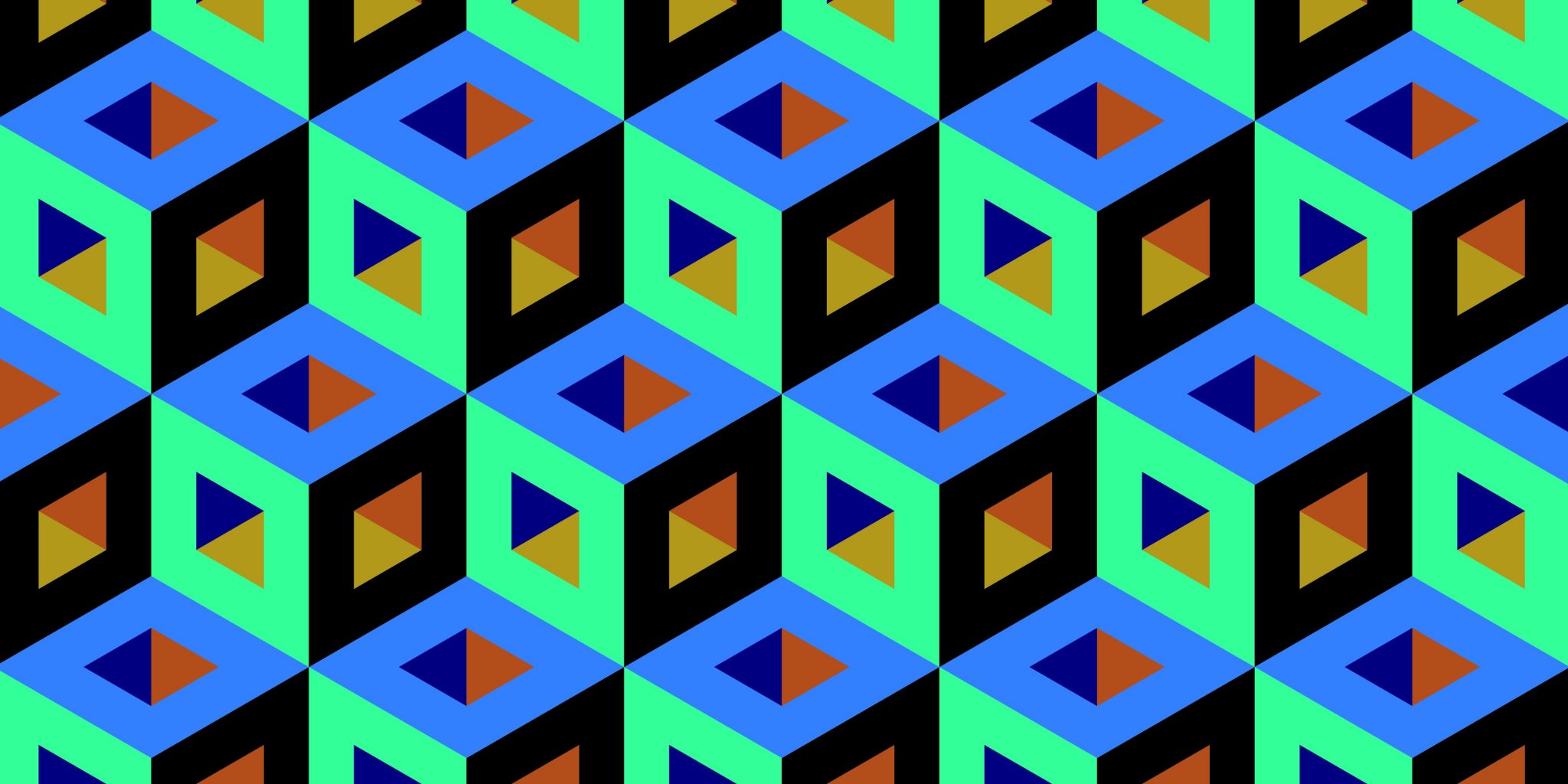 Are we staring down at another AI winter? At a time when artificial intelligence has made a massive economical and societal impact and has proven to be an economically viable technique – talk about AI winters have been relegated to a corner.  Rightly so – machine learning has made immeasurable improvements in computer vision, speech recognition, drone technology, cyber security and even intelligent weaponry. This means that the buzz around machine learning is substantiated by practical business applications, adding value in enterprise settings.   In other words, it means the current boom in AI is unmatched and may not go through the boom and bust cycle as witnessed previously.

The current cycle has proven the economic potential of AI 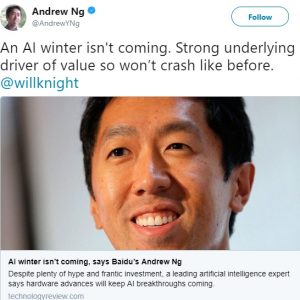 Of late, AI has made deeper inroads in business settings and found its way into production systems in companies (vertical-focused companies such MasterCard, Ford) besides big tech companies such as Nvidia, Google, Amazon, Microsoft, Facebook – this just goes on to demonstrate how big a game changer AI has become for enterprises. Given that AI is poised to add $15.7 trillion to the global economy in 2030, one can’t seriously posit that we will be facing another AI winter.  A PwC report indicated that global GDP will be 14% higher in 2030 and productivity improvements are expected to account for half of all gains to 2030. Of all the countries, the maximum economic gains from AI will be reaped by China and USA.

In terms of technology, several key improvements in hardware and techniques such as data cleansing and feature engineering have also pushed AI development forward. Also, there is a lot of experimentation going in new algorithms such as One Shot Learning that promise lower requirements of processing power and data quantities.

A major reason why the current AI cycle will not go through the boom and bust phase is the widespread adoption of technology across the business landscape. While the suppliers of AI technology have grown exponentially, lowered barriers in adoption and deployment has led to a growth on the demand side as well. From

AIM enumerates why there will be no more AI winters in the near future: 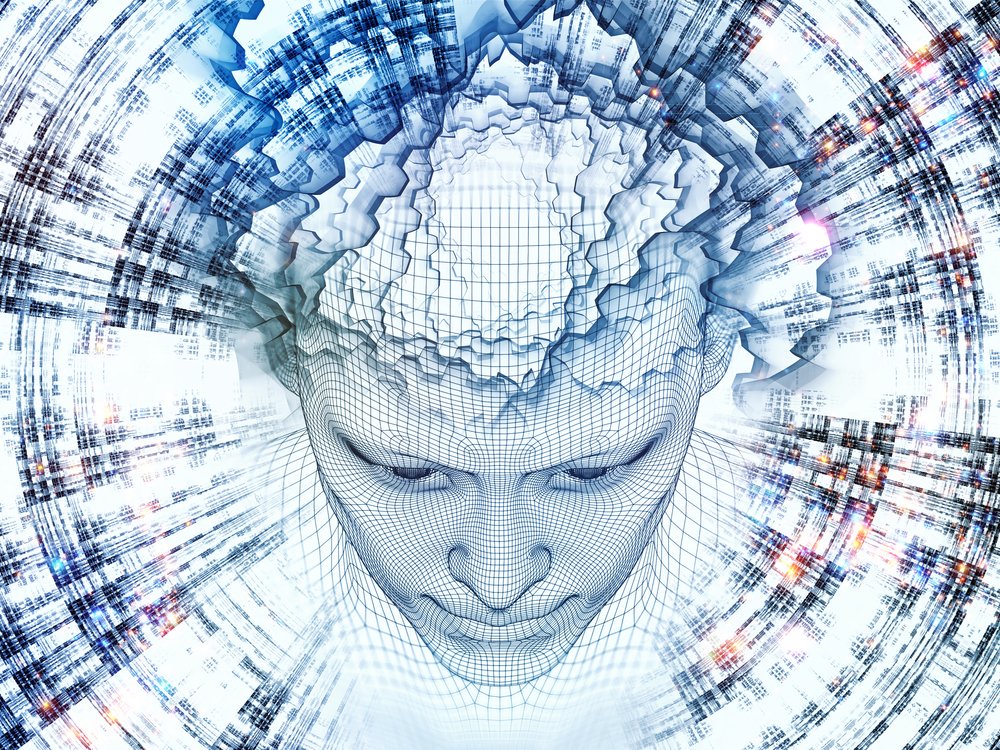 1) Research in AI has picked up pace: This is undoubtedly a golden period for research in artificial intelligence and will continue at a dizzying pace for the next few years, before applications become mature and become applicable outside the lab. A McKinsey report indicated that AI investment is growing fast, dominated by digital giants like Google and Baidu that have spent $20 billion to $30 billion on AI in 2016, out of which 90 percent of this spent was on R&D and deployment, and 10 percent on AI acquisitions.

Besides surging investment by big tech companies, there has been an explosion in publishing scientific papers – another key metric of establishing hegemony in this field. Search giant Google’s tally to MIT indicated it published 218 journal or conference papers on machine learning in 2016, twice the number it published in 2014. When AI reaches a point of maturity and becomes integral to applications and industries, it will surely become yesterday’s news.

2) AI Funding is at an all-time high: Investment in AI is at an all-time high with digital natives like Google, Amazon, Baidu and Alibaba betting billions on the technology. The McKinsey report succinctly put that investment in AI has turned into a race for patents and intellectual property (IP) among the world’s big tech giants.  While U.S.-based companies absorbed 66% of all AI investments in 2016. China was second with 17% and growing fast, report posits. Meanwhile, venture capitalists invested $4 billion to $5 billion in AI in 2016, and private equity firms invested between $1 billion to $3 billion – this is more than three times as much as in 2013. Cash-rich big tech companies are quick to snap up AI-startups to bolster their talent pool.

3) Too much money on stake in AI, companies under immense pressure to prove value: According to Case Greenfield, Founder CEO at Aiandus, a consulting firm specializing in AI – too much money has already been poured by big corporates, big venture capitalists and big governments to simply accept depreciation of those investments, he noted. This goes on to substantiate that cash rich companies and governments across the globe are under immense pressure to reap value from the investment. “Too much money has been poured into AI to accept depreciation of such investments. And it is widely expected, that investments in AI will dramatically increase in the coming years, from the 2017 estimated US$ 5 Billion (startups) up to some say US$ 37 Billion or more in 2025,” he added.

4) Academia & Enterprises join hands to develop industry-focused solutions: The reason for AI winters was reduced funding from private & government sector that led to a dwindling research output. This is very different from the present scenario where both academia and corporate giants are milking the benefits of AI with leading tech institutes making a concerted push to make research more industry driven to attract industry funding and conduct collaborative research to develop next-gen technologies and solutions.

This global phenomenon – setting up R&D facilities next to tech institutes has found a resonance in India with IIT Madras setting up a research park to forge closer partnerships with several leading companies.

Globally, Facebook recently opened an AI lab in Paris while Google invested $4.5 million in MILA, a research lab at the University of Montreal. Meanwhile, Intel donated $1.5 million to set up a machine learning and cybersecurity research center at Georgia Tech and leading AI hardware company NVIDIA is planning to set up an AI lab at National Taiwan University in Taipei.

5) Governments across the world are embracing AI: Across the globe, governments have woken up to the potential of AI with countries like China, Canada, US and UK on top of the adoption curve. Not to lag behind in the AI race, Singapore, UAE, India and Australia have also committed a sizable funding to ramp up AI efforts and build AI focused economy. In the AI race, China is a clear winner with the Government  announcing a slew of AI-centred plans for world domination by 2035. Recently, the Chinese government announced plans for a US$ 2 Billion AI research park Beijing and the country is also mulling to implement a nation-wide system of AI-powered face recognition.

Women In New Tech: Barkha Sharma Of Bash.ai Talks About Challenges Of Founding A Startup In Patriarchy-Driven Space