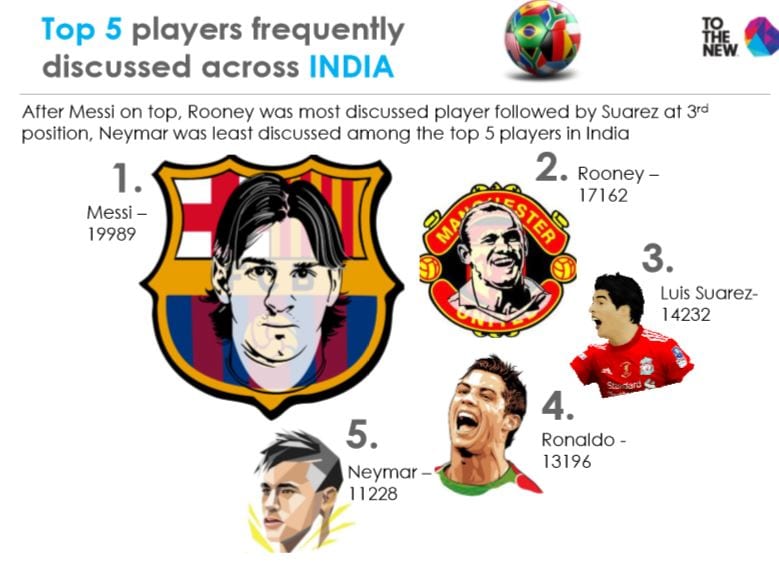 With the football fever gripping the world, football lovers across the globe are not only catching the excitement on the television sets but also sharing their sentiments on social media platforms. The digital media has been buzzing with fans across age groups eagerly discussing the footballers, teams, performances, goals and key incidents of the match. TO THE NEW, Asia’s leading digital solutions network, has released a report that analyzes digital conversations across various social platforms such as Twitter, forums and news sites that took place from June 1- June 23, 2014. The report, powered by ThoughtBuzz, the social media analytics’ arm of the company, gives a comparative analysis of the social media buzz generated both globally and in India.

About TO THE NEW:

Founded in 2010, TO THE NEW is Asia’s leading specialist in SMACK Services – Social, Mobile Analytics, Content and Knowledge and delivers integrated digital solutions to help clients connect with social and mobile first consumers and drive tangible business performance. TO THE NEW’s SMACK effect is backed by its ‘Centers of Excellence’ in Analytics led by ThoughtBuzz, Digital Marketing by Ignitee, Social, Local and Mobile by Techsailor, Content by Tangerine Digital and Technology by IntelliGrape.