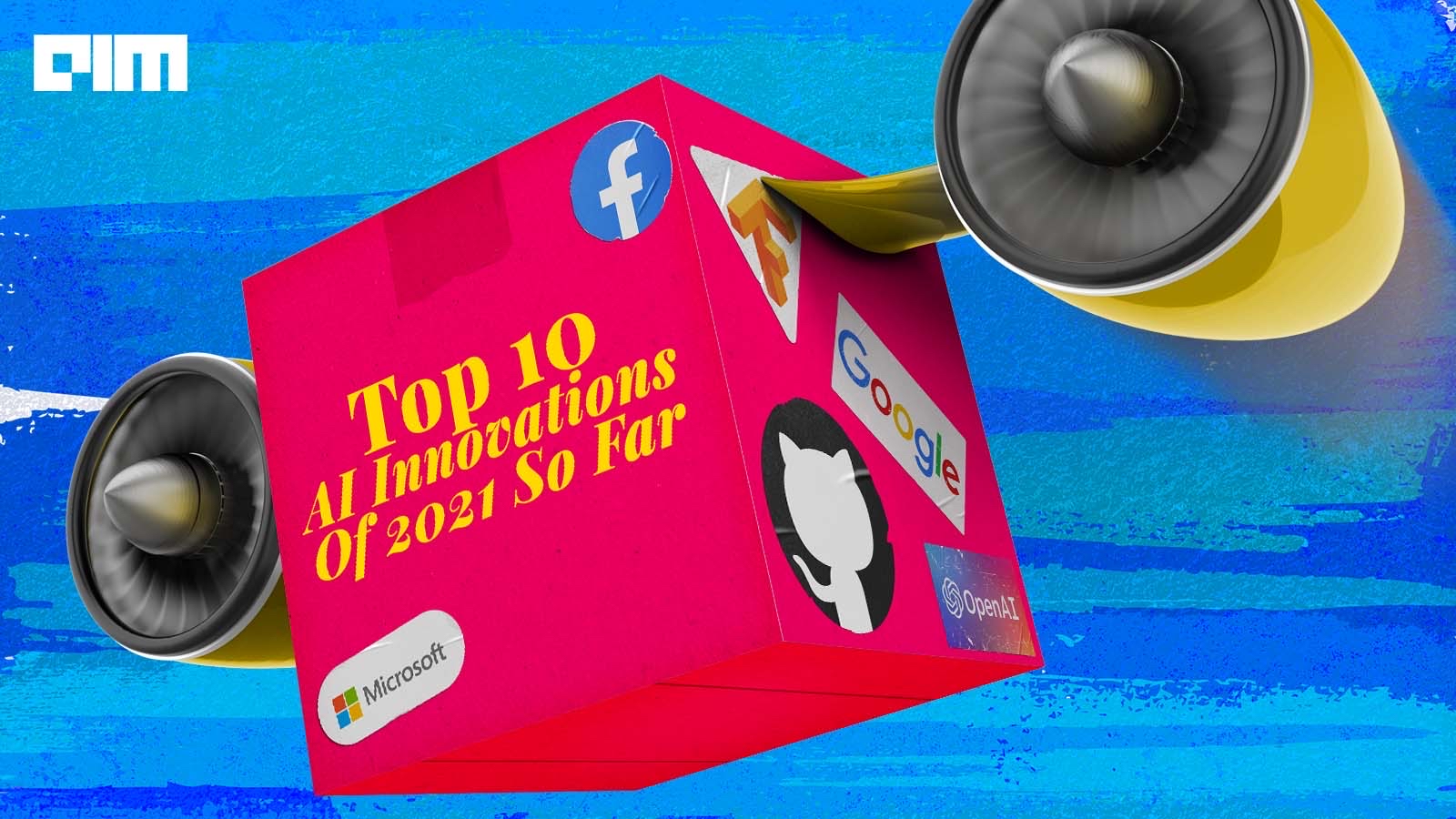 AI is a complex and ever-evolving field where organisations and individuals are constantly focused 0n finding novel solutions to pressing challenges. The year has been full of path-breaking innovations which have pushed the boundaries and made way for better outcomes. In this article, we list the top ten AI innovations of 2021 so far.

OpenAI and Microsoft’s GitHub Copilot is an AI-based tool for programmers to write better code. The programmer can describe a function to the Copilot in plain English as a comment, and the machine will convert it to actual code. OpenAI Codex lays a foundation for Copilot, it provides an AI system trained on a dataset made up of a huge set of public source code. It works on a broad set of frameworks and languages, and is ideal for languages like Python, JavaScript, TypeScript, Go, and Ruby. The team has claimed Copilot to be far more advanced than the existing code assistants.

Researchers from Facebook AI Research introduced a new Transformer model, Unified Transformer (UniT). UniT has an encoder-decoder architecture that handles multiple tasks and domains in a single model with fewer parameters; as per Facebook’s team, UniT is a step towards general intelligence.

DALL. E is OpenAI’s 12-billion parameter version. It is a transformer that can generate images from text prompts. The model can work with multiple objects in an image to either render an image or alter it based on text prompts.

The OpenAI research team has also demonstrated a neural network called Contrastive Language-Image Pre-training or CLIP. This neural network has been trained on 400 million pairs of images and text. CLIP is also similar to GPT family and can learn to perform tasks such as object character recognition (OCR), geo-localisation, action recognition, etc.

Facebook’s BlenderBot 2 is a first of its kind open-source chatbot with long term memory. Facebook has been working to make the AI more empathetic, knowledgeable and capable. The BlenderBot 2.0 can build long term memory for continuous access. It does so while simultaneously searching for information on the internet and holding conversations on nearly any topic.

In 2019, Google released Translatotron, an end-to-end speech-to-speech translation model. It was then the first end-to-end framework which could translate speech from one language into speech to another, directly.

This year, Google released Translatotron 2, an updated version where the trained model is restricted to retain the source speaker’s voice. Unlike the previous version, it cannot generate speech in different voices, thereby mitigating potential misuse for creating spoofing audio artefacts.

Earlier, researchers would be required to run millions of test images for training algorithms, but now, they can rely on Vertex technology stack to do the heavy lifting.

Microsoft’s FLAML is a python package that can tell us the best-fit ML model for low computation. It helps eliminate the manual process of choosing the best model and best parameter.

Google’s TensorFlow 3D is a highly modular library to bring 3D deep learning capabilities to TensorFlow. While the previous TensorFlow was not enough to understand the environment, the 3D update provides a set of operations, loss function, data processing tools, metrics, and other models for developing, training, and deploying state-of-art 3D scene understanding models.