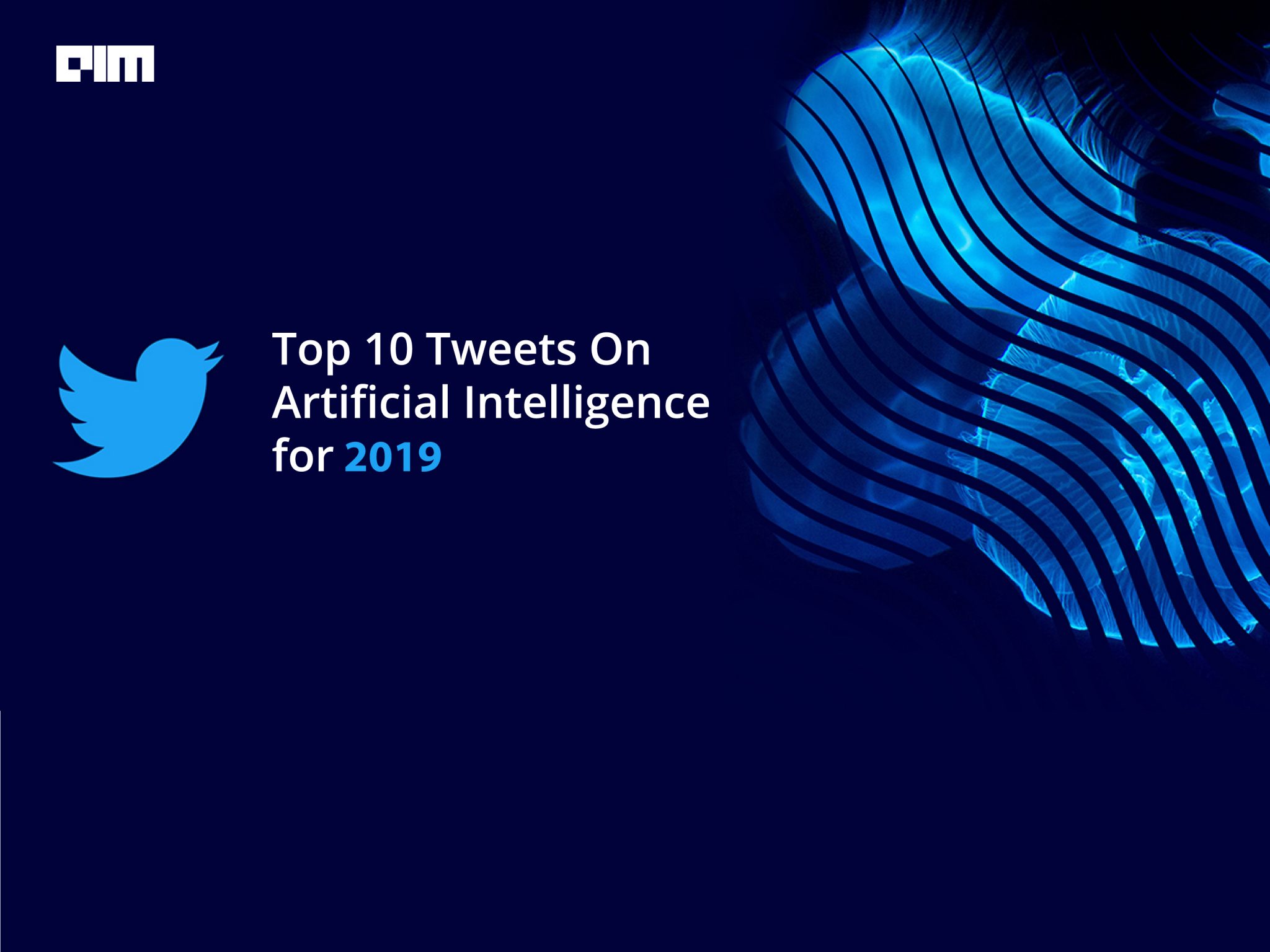 2019 will go down as a year of many developments in the artificial intelligence landscape. Besides millions and millions of tweets on new innovations, AI was at the centre of constant brainstorming among experts, researchers and influencers. With the year 2019 coming to an end, here are our top 10 tweets that we found very both thoughtful and intriguing in the context of artificial intelligence (AI).

In January 2019, Demis Hassabis, Founder & CEO DeepMindAI introduced with his tweet AlphaStar, the first AI  to defeat a top professional player in StarCraft which is one of the most challenging Real-Time Strategy games. In a series of matches, AlphaStar beat Team Liquid’s Grzegorz Komincz, one of the world’s best professional StarCraft players. Demis highlighted that the technology behind Alpha Star could also be used for other applications such as weather prediction.

Andrew NG, one of the most influential AI experts in the world and founder of Coursera, announced AI For Everyone on his Twitter targeted for all kinds of professionals to get started in AI. At a time when the world is moving towards democratising AI for all, the course has been highly appreciated by Twitterati.

The following was one of the first few tweets from Geoffrey Hinton, one of the pioneers of on artificial neural networks after he got started with Twitter. Also known as “Godfather of Deep Learning”, Hinton celebrated the winning of the Turing award along with Yann LeCun and Yoshua Bengio.

Moustapha Cisse, Research Scientist and Head of Google AI centre in Accra, Ghana shared an optimistic tweet about the future of AI education in Africa- the poorest continent in the world.

AI researcher Lex Fridman showcased how he used GPT-2 on tweets to create AI versions of specific individuals. In the tweet, Lex gave a real tweet about tunnels from Elon Musk which was rewritten by AI versions of Justin Beiber, Kanye West and Katy Perry. In 2019,  OpenAI released the full version of a text-generating AI system which has impressed experts to create coherent text from minimal inputs.

Next, we have Ian Goodfellow, the inventor of Generative Adversarial Networks (GANs) discussed the nature of psychological barriers to the success of deep learning before 2012 using the analogy of The Roger Bannister Effect.

How could we not include Elon Musk in the list of top AI tweets for 2019? On September 26, 2019, Elon put out a tweet reminding people of the potential misuse of AI on social media. Elon has been a great advocate of taking caution in AI technologies as he says could have extremely negative consequences in the coming future. And he is totally right in his warning- Twitter itself has been a playground for spam bots which have been used for nefarious purposes like fraud and stealing identity.

It was a momentous year for OpenAI. The company later in the year demonstrated through a tweet how the it trained a pair of neural networks to solve the Rubik’s Cube with a human-like robot hand.

Moving on, there was an intriguing tweet on AI bias from Anima Anandkumar- Bren Professor of Computing at California Institute of Technology. She reported her work on detecting bias in different samples for Deep Learning models. According to Anima, it’s  very difficult to understand and fix bias through AI algorithms for Deep Learning.

Finally here is Rodney Brooks, a notable robot engineer challenging Elon Musk’s promise of delivering 1 million driverless Tesla taxis on US streets by December 31, 2020. According to Rodney, the number will be zero and so far his prediction has held correct as there have been zero deployments of autonomous Tesla taxis in 2019.

How AWS Nudged Out IBM, Google & Microsoft From The Cloud AI Space