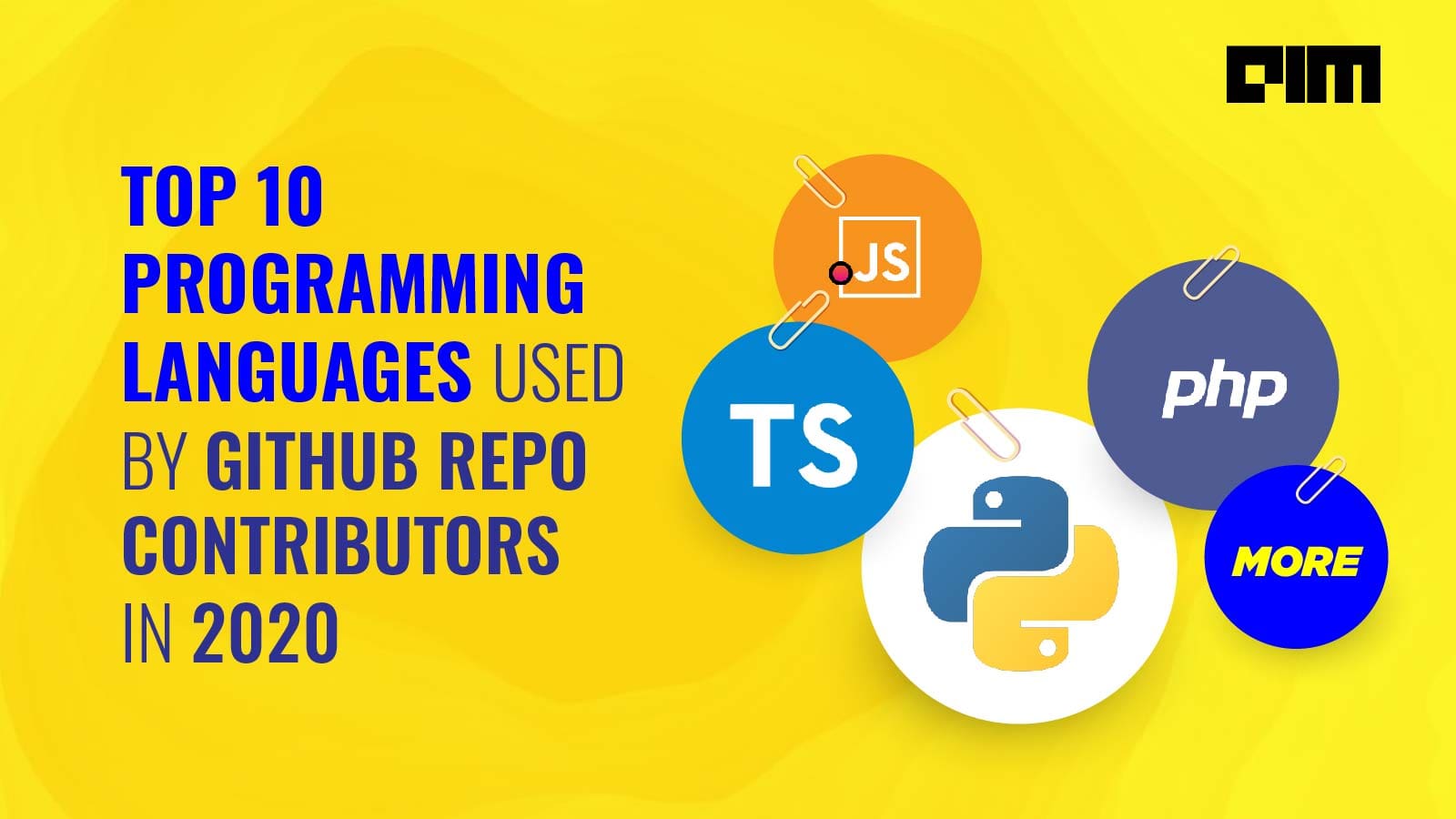 Github has recently released its State of the Octoverse report for this year. The report mentioned that though there have been unusual changes due to the pandemic, more than 60 million new repositories were created this past year.

Like every year, this year too, the code hosting platform has released its report. But, this time, the platform did a deep dive into the patterns that include empowering healthy communities, securing the software and more.

Below here, we have listed the top 10 programming languages which have been used by the GitHub repo contributors in the year 2020.

Note: The languages are listed according to their ranks

We cannot deny the fact that JavaScript is the most loved language among the developers. In 2019, this language scored the first position in both the State of the Octoverse report 2019 and Stack Overflow Annual Developers report. Along with this, the language has been maintaining its position since 2014. As a matter of fact, this most in-demand scripting language turned 25 on 4th Dec and for which online learning platform Pluralsight has launched 25 courses on JavaScript for free of cost.

Python is another popular programming language among the developers because of its features like accessibility, ease of use, among others. This year too, Java has been outranked by Python and secured the second position. The language is widely used in scientific and numeric computing and is often used as a support language for software developers, for build control and management, testing, and in many other ways.

Since last year, Java language has been maintaining its position on the third. The object-oriented programming language is intended to let application developers follow the write once, run anywhere (WORA) method. This means that the compiled Java code can be run on all platforms that have the support for Java.

TypeScript is an open-source language that has gained much popularity among developers in the past few years. Last year, the language secured 7th position at the State of the Octoverse report; however, this year it has jumped to the fourth position. With every update, this language is improving its features in an unimaginable way. Recently, TypeScript 4.1 RC was introduced that includes features which can save the time of coders and developers in catching errors as well as provide fixes even before they run the code.

Since last year, C# or See Sharp language has been maintaining its position on the fifth. It is an object-oriented, and type-safe programming language that has its roots in the C family of languages. The language is also one of the most popular and loved languages among the developers, according to the Stack Overflow Developers report 2020. Recently, Microsoft has released .NET 5.0, the latest major release in its .NET development platform and introduced a new update on C# language, which is C# 9.

One of the widely-used open source general-purpose scripting languages, PHP or Hypertext Preprocessor language has gained the sixth position at the Octoverse report. Last year, the language secured the fourth position, but this year the language has been outranked by TypeScript and C# languages. Also recently, PHP 8.0 was introduced that has brought major changes to the language, such as a new JIT compiler, improved type system and more.

At the State of the Octoverse 2020 report, C++ language secured the 7th position as the top programming language among Github repo contributors. A popular general-purpose programming language, C++ can be utilised for developing operating systems, games and more. The language, however, has been facing a degrade in the position since last year, where it achieved 6th position.

On the other hand, one of the widely used programming languages, C has secured the eighth position among the top programming languages used by GitHub repo contributors. Last year, the language secured ninth position in the Octoverse report, but this year it has climbed one step. C is used for various applications, such as for developing and building databases, producing compilers, building IoT applications and more.

Shell language, however, has secured the ninth position at this year’s Octoverse report. Last year, the language achieved the eighth position, but this year, it has been outranked by C language. Shell is basically a command language interpreter that has been used in various applications including manipulating files, monitoring a system, creating a programming environment and more.

Lastly, Ruby, an open-source programming language, has achieved the tenth position among the top programming languages used by GitHub contributors in 2020. In 2014, the language was used heavily by the repo contributors and reached the fourth position at the Octoverse report. However, slowly the language has seen a downfall, and since 2018, it has been maintaining its position on the last.