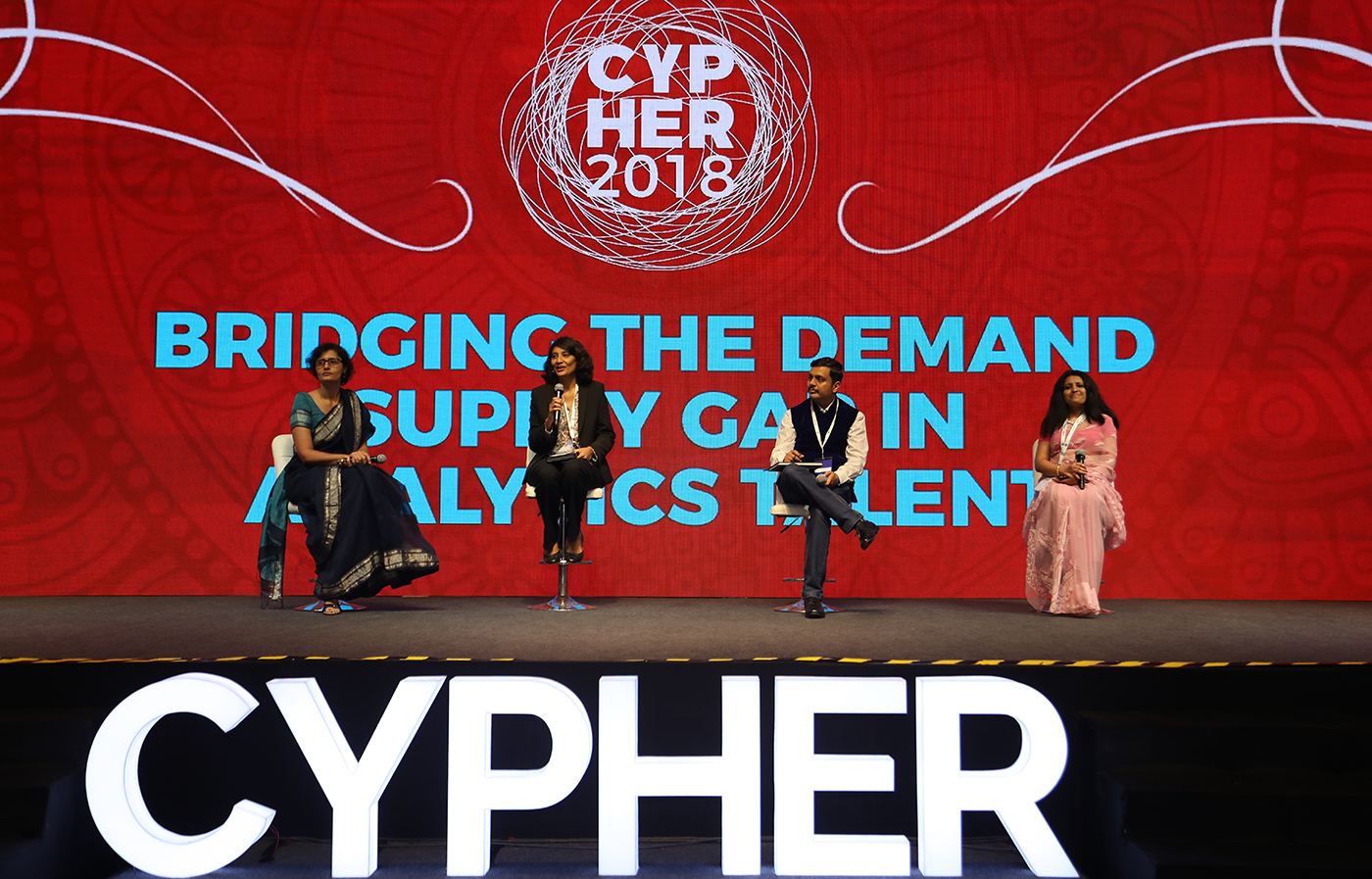 Cypher 2018 had a highly engaging content with four parallel sessions across three days. It generated exceptional content with talks its keynote addresses, panel discussions, tech talks, masterclasses and workshops. It had content from all spectrums of analytics covering the latest developments around analytics and AI use cases and adoption across industries. The variety of talks covered all the spectrums — from developers to business.

With more than 80 talks and 100 speakers, Cypher 2018 featured some of the leading names from the analytics and AI industry. Here is a compilation of 10 best talks from Cypher that garnered some of the best traction from the industry leaders and attendees alike.

You can watch all the talks and interviews from Cypher 2018 here.

In his gripping talk, Deep Thomas, who is the group chief data and analytics officer at Aditya Birla, presented his take on the current AI landscape in India and its adoption compared to other countries like China and the US. He spoke about what is in for AI practitioners in the AI race. In the wake of developments and AI innovations that are happening in India, he spoke about the potential of Indian leaders to be a global powerhouse. With the immense amount of money that is being spent on AI development, he said that India was not far behind in the gold race.

The Analytics Behind Segment Of One Strategy by Sandeep Mittal

Sandeep Mittal, the managing director of Cartesian Consulting stole the show yet again with his original illustrations and content. With a presentation that was completely hand-made, the session focused on how and why marketers need to put their CRM initiatives on steroids by going hyper-personalised, automated, and driven by AI and ML. He stressed on the fact that if an organisation wants to get into the relevance and wants to be really sharp, they need to think about their segment and placement.

Dr Devi Shetty, the chairman and executive director of Narayan Health, was one of the most prominent speakers at Cypher 2018. He spoke about data visualisation and data analytics to be presented in a way that is easy for end-users such as doctors. He spoke about how producing wonderful data in desktop is of no use to end-users and that it needs to be procured on phones. He stressed on how software has the power to disrupt various industries, including healthcare which is one of the largest industries in the world today. He spoke about how analytics is slowly getting into the nuances of the healthcare sector and transforming the way doctors work and function in today’s tech era.

Getting Started With Text Mining by Mathangi Sri

In this highly engaging workshop by Mathangi Sri who is the head of data science at PhonePe, she empowered the audience with getting started with analysing text data, discovering patterns and what are the best ways to convert unstructured to structured data. The workshop also allowed attendees to build a quick classification model and understand techniques to improve model performance. It also involved sentiment analysis on data corpus and discussion on improving model accuracy.

Why Is AI Business-Friendly by Dakshinamurthy V Kolluru

At Cypher 2018, Kolluru spoke about some paradigm shifts that are happening, thanks to the developments in deep learning. He is the founder president and chief mentor at INSOFE. He discussed the important paradigm shift that happened over the last five years causing the investments in AI to come down. But he also spoke how the output and performance have gone up simultaneously, resulting in a soaring ROI.

Context Is King by Vinodh Ramachandran

Vinodh Ramachandran, associate director at Lowe’s India took an interesting take in his session where he began the talk not discussing the subject but engaging the audience with a debate on who is the best test cricketer. While the discussion to this question was mostly data-driven, he also focused on the fact that data doesn’t tell you all the story that you need to know. The key parameter is context. He focused that context is central to all the analytics workload. He took the audience through various use cases and examples to support the claims that he was making.

This interesting keynote was conducted by Chathuranga Abeysinghe, lead data evangelist at MAS Holdings, Sayandeb Banerjee, co-founder and CEO of TheMathCompany and Gaurav Vohra, CEO and co-founder at Jigsaw Academy. The team of three put together an interesting conversation on how analytics training is dead and why such claims are being made. Is it because the demand for data science is going down, is it because the demand for analytics is going down, watch out this thought-provoking session to get the best insights. They put an interesting perspective on why they think that analytics training is dead.

In this panel discussion, chaired by Sarita Digumarti, COO and co-founder of Jigsaw Academy, panellists tried to find solutions to one of the biggest challenge that industry faces — the demand-supply gap in the analytics talent. The panel had people from learning function, services function and business function to get a wide-view from the industry to tackle the problem. The panellists spoke from both the perspectives — companies looking to fill the gap and professionals looking for roles in data science. The group of the panel included Nidhi Pratapneni, SVP and COO, Knowledge Services, Wells Fargo, Anand Mrithinjayam, VP- Learning and Development, Societe Generale Global Solution Center, Vijaya Ghosh, CPG Business Analytics Leader – Analytics and Insights, TCS.

Jayanta Kumar Pal who is the staff data scientist at Zendrive presented a unique talk on identifying problems with dealing with data and approaching it with a solution that delivers value. Interestingly, none of his slides had a mention of the word AI. He said that though they are doing a core work around statistics and machine learning and even AI but not in a form that people talk about. The talk stressed on identifying bad roads by using data to identify shortest or best routes or the one which is less risky. His highly engaging tech talk was all about numbers and proofs that kept the audience engaged until the end of the talk.

How Organisations Are Becoming Intelligent Enterprise by Shailendra Kumar

Shailendra Kumar, VP and Chief Evangelist (Analytics and Leonardo) – APJ&GC at SAP took the audience through how organisations are becoming an intelligent enterprise. Though a lot has been talked about emerging technologies, there are still a lot of unknowns on the concepts. He focused on SAP has taken a differentiated modular approach towards the emerging technologies to help its clients. In this interactive workshop, Kumar along with his team give a real-time exposure to how organisations are becoming “Intelligent Enterprise”, leveraging data and analytics to deliver high-value business outcomes.