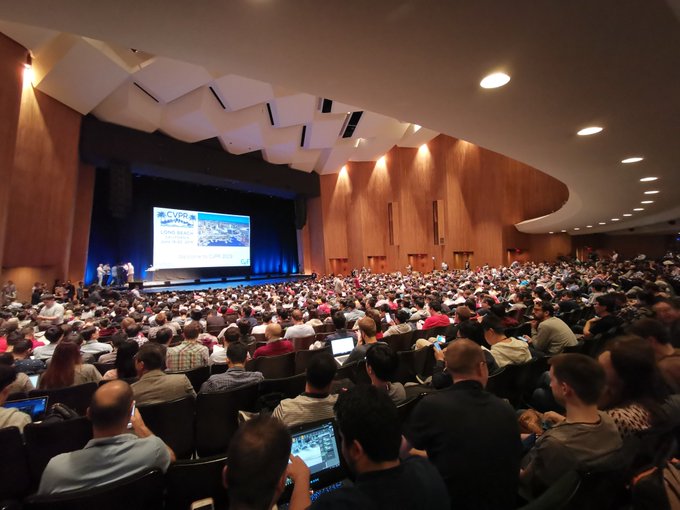 Security in data science practices has always been one of the crucial concerns among organisations. With the increase of using machine learning and deep learning models, researchers have been trying to make these models secure and robust in every way possible. Adversarial learning helps in improving the performance of machine learning systems.

Below here we have listed down the top 12 research papers on adversarial learning presented at Computer Vision and Pattern Recognition (CVPR 2020) Conference.

About: In this paper, the researchers proposed a Data-free Substitute Training method, also called as DaST, which can obtain substitute models for adversarial black-box attacks without any real data. To achieve this, DaST utilises specially designed generative adversarial networks (GANs) to train the substitute models. The experiments demonstrated that the substitute models produced by DaST have the capability to achieve competitive performance compared with the baseline models trained by the same train set.

About: Researchers from UC Berkeley and others studied the model-inversion attacks, in which the access to a model is abused to infer information about the training data. In this paper, they focused on image data and proposed a simple yet effective attack method, termed the generative model-inversion (GMI) attack, which can invert DNNs and synthesise private training data with high fidelity. The end-to-end GMI attack algorithm is based on GANs and can reveal private training data of DNNs with high fidelity.

4| A Self-Supervised Approach for Adversarial Robustness

About: In this paper, the researchers combined the benefits of adversarial training and different input processing based defences approaches and proposed a self-supervised adversarial training mechanism in the input space. The approach can be deployed as a plug-and-play solution to protect a variety of vision systems including classification, segmentation and detection.

6| How Does Noise Help Robustness? Explanation and Exploration under the Neural SDE Framework

About: In this paper, the researchers of Google and UC Davis proposed a new continuous neural network framework called Neural Stochastic Differential Equation (Neural SDE), which naturally incorporates various commonly used regularisation mechanisms based on random noise injection. They further demonstrated that the Neural SDE network can achieve better generalisation than the Neural ODE and is more resistant to adversarial and non-adversarial input perturbations.

About: In this paper, the researcher proposes an unpaired super-resolution (SR) method using a generative adversarial network that does not require a paired or aligned training dataset. The network consists of an unpaired kernel, noise correction network and a pseudo-paired SR network. With the help of diverse datasets, the researcher showed that the proposed method is superior to existing solutions to the unpaired SR problem.

About: In this paper, the researchers introduced a benchmark technique for detecting backdoor attacks, also known as Trojan attacks on deep convolutional neural networks (CNNs). They introduced the concept of Universal Litmus Patterns (ULPs), which enables one to reveal backdoor attacks by feeding these universal patterns to the network and analysing the output (i.e., classifying the network as ‘clean’ or ‘corrupted’).

About: In this paper, the researchers from the University of Oxford, UK considered the robustness of deep neural networks on videos, which comprise both the spatial features of individual frames extracted by a convolutional neural network (CNN) and the temporal dynamics between adjacent frames captured by a recurrent neural network. To measure robustness, they studied the maximum safe radius problem, which computes the minimum distance from the optical flow sequence obtained from a given input to that of an adversarial example in the neighbourhood of the input.

About: In this paper, the researchers established a comprehensive and coherent benchmark to evaluate adversarial robustness on image classification tasks. This benchmark can provide a detailed understanding of the effects of the existing methods under different scenarios, with a hope to facilitate future research.

11| What It Thinks Is Important Is Important: Robustness Transfers Through Input Gradients

About: In this work, the researchers examined the insecurity of current best performing re-identification (ReID) models by proposing a learning-to-mis-rank formulation to perturb the ranking of the system output. They also developed a multi-stage network architecture to extract general and transferable features for the adversarial perturbations.