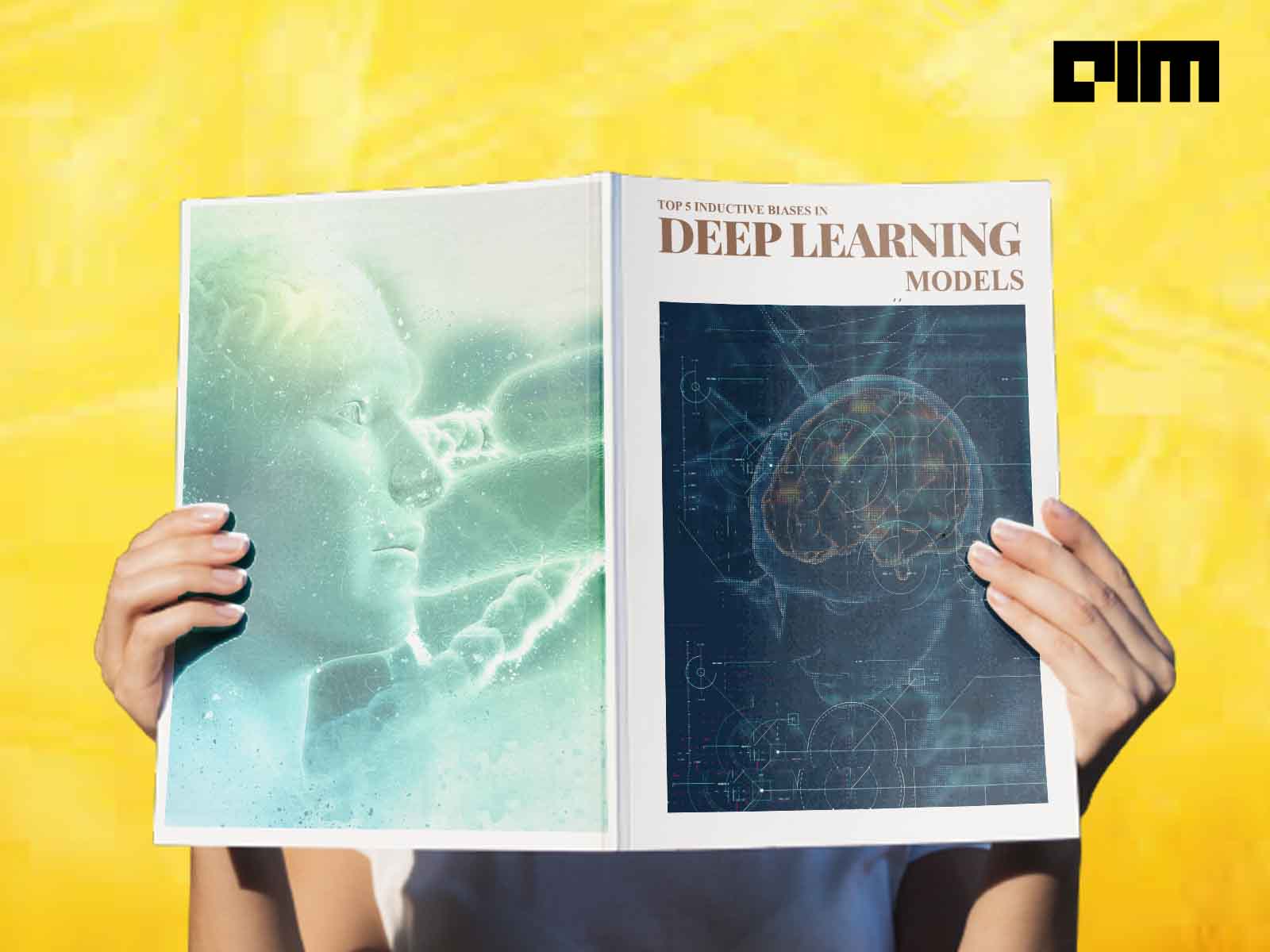 The learning algorithms mostly use some mechanisms or assumptions by either putting some restrictions on the space of hypotheses or can be said as the underlying model space. This mechanism is known as the Inductive Bias or Learning Bias.

Here, we have compiled a list of five interesting inductive biases, in no particular order, which are used in deep learning.

Structured perception and relational reasoning is an inductive bias introduced into deep reinforcement learning architectures by researchers at DeepMind in 2019. According to its researchers, the approach improves performance, learning efficiency, generalisation, and interpretability of deep RL models.

By introducing structured perception and relational reasoning into deep RL architectures, the reinforcement learning agents can learn interpretable representations and exceed baseline agents in terms of sample complexity, ability to generalise, and overall performance. This approach can also offer advantages in meeting some of the most challenging test environments in modern artificial intelligence.

This layer increases the expressive capacity of the Convolutional Neural Network without increasing the number of parameters. According to its researchers, group convolution layers are easy to use and can be implemented with negligible computational overhead for discrete groups generated by translations, reflections, and rotations.

Spectral bias is an inductive bias or learning bias in deep networks that manifests itself not just in the process of learning but also in the parameterisation of the model itself. The research was released in 2019 by Yoshua Bengio and his team. In this bias, the lower frequencies are learned first. According to researchers, this inductive bias’s properties are in line with the observation that over-parameterised networks prioritise learning simple patterns that generalise across data samples.

Spatial bias is a type of inductive bias in Convolutional Neural Networks (CNNs) that assumes a certain type of spatial structure present in the data. According to its researchers, spatial bias can be useful even in a model that is non-connectionist and completely linear. This means that applying a spatial bias to other techniques should be both possible and beneficial when spatial data are involved, even in the context of non-connectionist techniques. This type of bias can be introduced with only minor changes to the algorithm, and no externally imposed partitioning is required.

Invariance and equivariance bias can be used to encode the structure of the relational data. This kind of inductive bias notifies the behaviour of a model under various transformations. Equivariant models have been successfully used for various deep learning on data with various structures —from translation equivariant image to geometric settings and discrete objects such as sets and graphs.