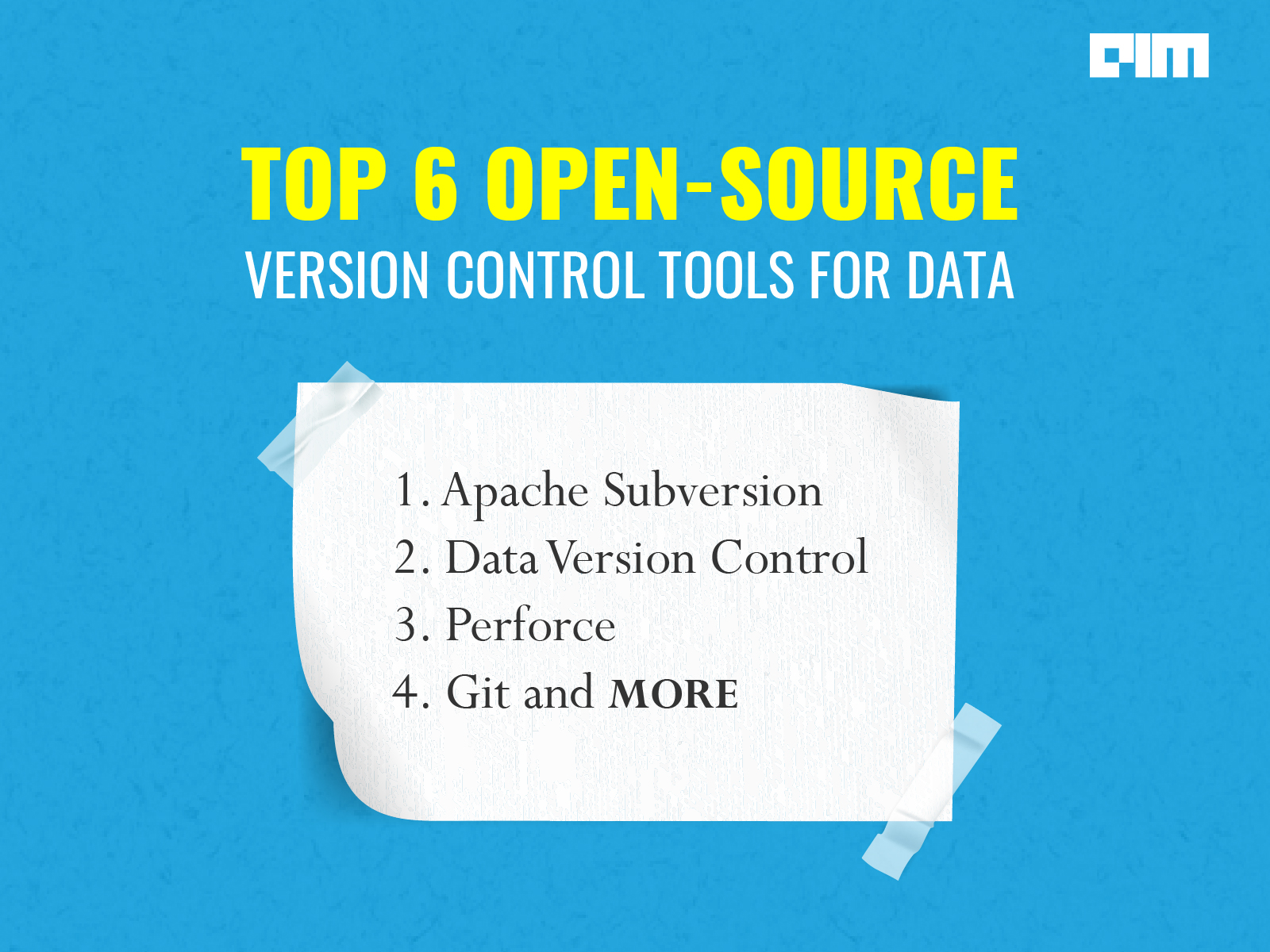 In this article, we list down the top 6 open-source version control tools for data science.

About: Apache Subversion is an open-source software versioning and revision control system. Some of the features of this version control tool are mentioned below: –

Some of the features of DVC are: –

About: Git is a free and open-source distributed version control system designed to handle everything from small to very large projects with speed and efficiency.

Some of the features include: –

About: Mercurial is a free, distributed source control management tool. The tool efficiently handles projects of any size and offers an easy and intuitive interface. Some of the features include: –

About: Perforce is an open-sourced enterprise version management system in which users connect to a shared file repository. Perforce applications are used to transfer files between the file repository and individual users’ workstations. Some of the features are mentioned below: –

About: Pachyderm is a free and complete version control system for data science. The Pachyderm Enterprise is a fully-featured data science platform that is designed for large-scale collaboration in highly secure environments.

Some of its features are: –

About: AWS CodeCommit is a fully-managed source control service that hosts secure Git-based repositories. However, this popular tool is not open-source, but it costs as low as $1 per active user per month. The features of this tool include: –

Everything You Need To Know About Machine Learning In Unity 3D