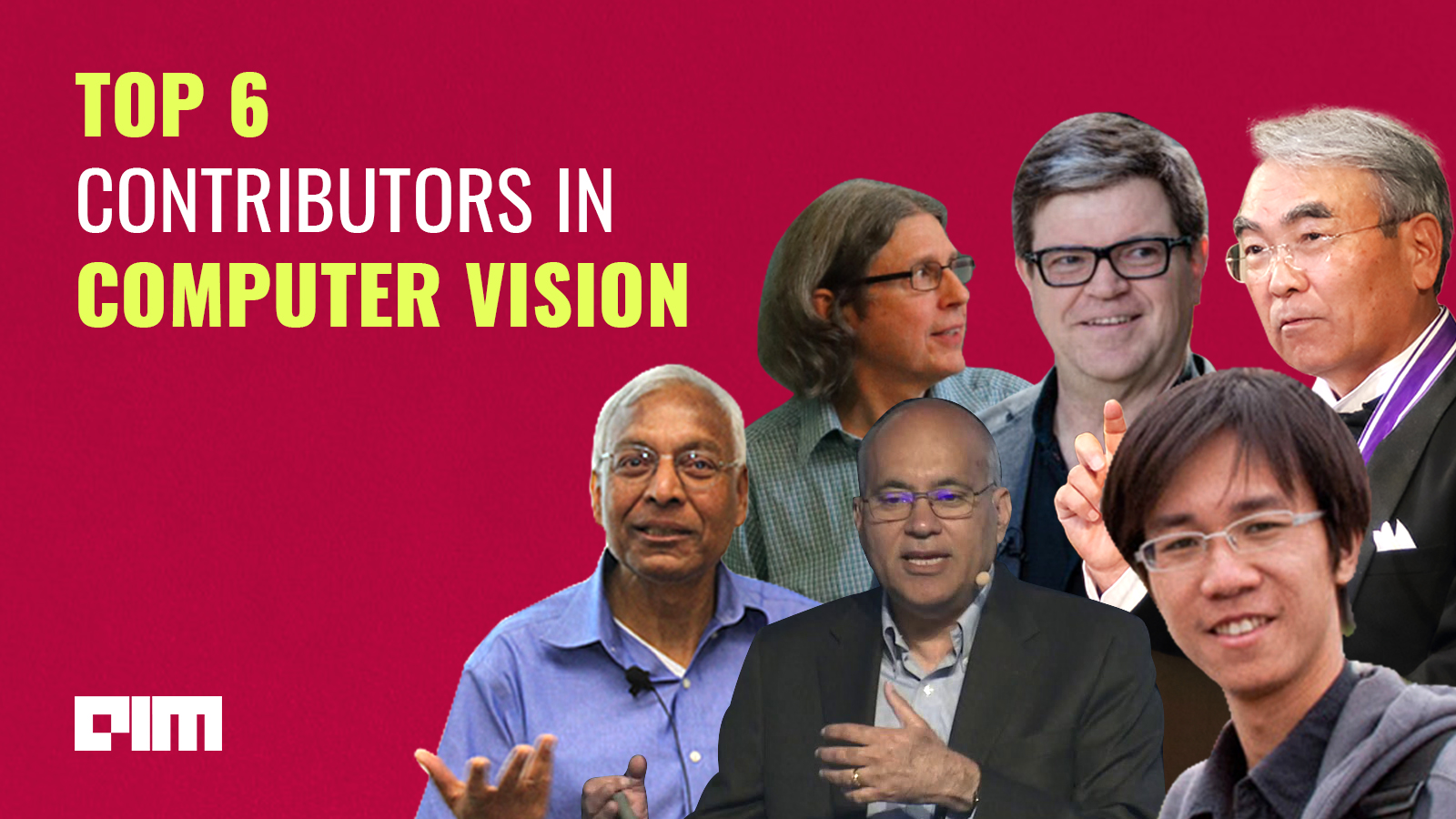 Researchers play a crucial role in advancing technologies. They provide newer and positive insights into the fields they contribute to. There are more than thousands of scholars and researchers who are contributing to the field of computer vision by exploring the insights using systematic methods.

Recently, the Association of Data Science (ADaSci) announced Computer Vision DEVCON or CVDC 2020, a two-day virtual conference that aims to bring computer vision practitioners and innovators on a single platform to share and discuss recent developments in the field. Scheduled for 13 and 14 August 2020, the conference comes at a time when computer vision has become one of the most advancing technologies in the world.

NOTE: The article was originally published on 16th July 2020 and has been updated with some changes in the research papers.

Below here, we listed down the top 6 researchers and contributors in the field of Computer Vision.

Andrew Zisserman is one of the principal creators of the modern CV technique. Zisserman is the Professor of CV Engineering at Oxford as well as a Royal Society Research Professor. He is the only person to have been awarded the Marr Prize three times and is famously known for his leading role in authorising the computational theory of multiple view reconstruction and the development of practical algorithms.

The most cited research paper of Zisserman is:

This paper investigated the effect of the convolutional network depth on its accuracy in the large-scale image recognition setting. The main contribution of this research is the evaluation of networks of increasing depth by using an architecture with small convolution filters, which describes that a notable enhancement on the prior-art configurations can be gained by pushing the depth to 16-19 weight layers.

Anil K. Jain is an eminent professor in the Department of Computer Science & Engineering at Michigan State University. Prof Jain conducts research on computer vision, biometric recognition, pattern recognition, among others. He is one of the key contributors behind a radical new technology that has built the world’s first-ever three-dimensional fingerprint technology.

The most cited researcher paper of Prof. Jain is-

This research presents a summary of the pattern clustering methods from the perspective of statistical pattern recognition. The motive of this paper is to contribute useful advice as well as references to fundamental concepts that can be accessible to the broad community of clustering practitioners.

Prof Jitendra Malik is one of the most eminent computer scientists who has made noteworthy contributions in the fields of computer vision, biosystems and computational biology, human interaction, graphics and others. Prof Malik is the Arthur J. Chick Professor in the Dept of EE and CS at the University of California, Berkeley.

One of the most-cited research papers of Prof Malik is:

This research paper proposed an approach for solving the perceptual grouping problem in vision. They treated image segmentation as a graph partitioning problem and proposed a novel global criterion, the normalised cut, for segmenting the graph.

The most cited research paper of Prof Kanade is:

An Iterative Image Registration Technique With An Application To Stereo Vision

Here, the researchers introduced a new image registration technique that uses spatial intensity gradient information to direct the search for the position that yields the best match. The technique is able to find the best matches between two images that have far fewer comparisons of images than techniques which examine the possible positions of registrations in some fixed order.

Yann André LeCun is a popular Computer Scientist who received the 2018 ACM A.M. Turing Award for his work in deep learning. He is currently the VP and Chief AI Scientist of Facebook and is popular for his contribution to optical character recognition and computer vision using convolutional neural networks (CNN). He is also called the founding father of convolutional networks.

The most cited research paper of Yann LeCun is:

This paper reviews various methods applied to handwritten character recognition and compares them on a standard handwritten digit recognition task. The main idea of this paper is that better pattern recognition systems can be built by relying more on automatic learning and less on hand-designed heuristics.

The most cited research paper of Kaiming He is

In this paper, the researchers presented a residual learning framework, ResNet to ease the training of networks that are substantially deeper than those used previously. They also provided comprehensive empirical evidence showing that these residual networks are easier to optimise, and can gain accuracy from considerably increased depth.