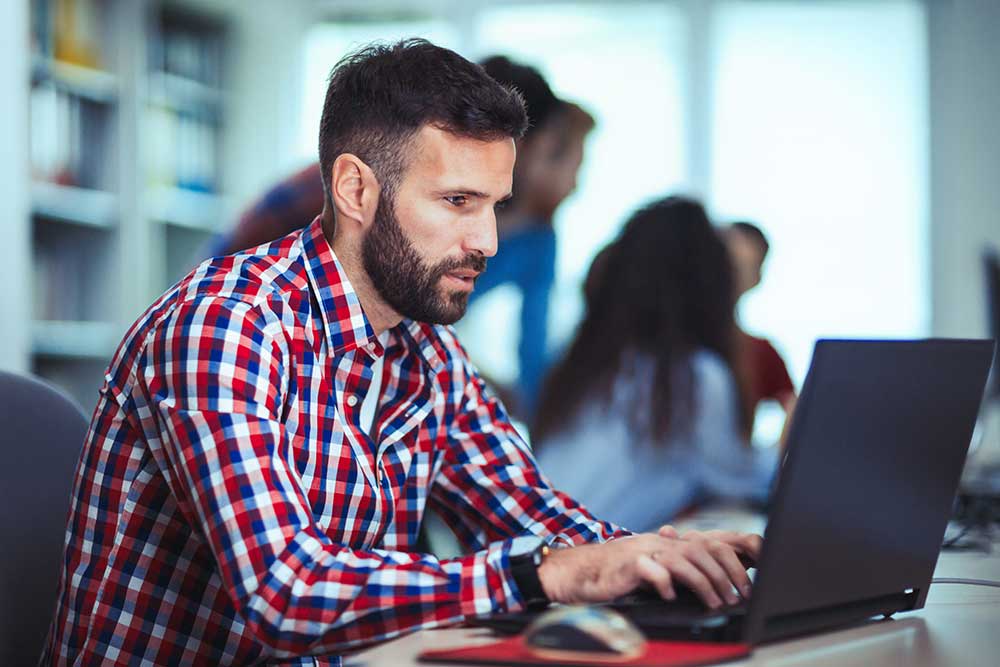 Codespaces is an online development environment powered by Visual Studio Code that not only empowers developers to make changes directly in GitHub repositories but also delivers every other feature of an on-premise integrated development environment platform. Web-based IDEs have gained huge traction among developers due to ease of use and enhanced collaboration capabilities in real time. It also eliminates various hassles that developers come across like conflict in environments and installing dependencies while working on various projects. With online IDEs, one can quickly start working on the projects as they provide isolated environments and configure repositories by installing required files automatically. This, especially, helps developers to start contributing to open-source projects without the need for configuring an environment similar to that of the original repository.

Currently, Codespaces is in beta and only works on Chromium-based browsers like Google Chrome and Microsoft Edge. It supports Safari but has a lot of bugs and is yet to be available on Firefox. Although Codespaces offer various functionalities that go beyond online code editors as it can directly work on GitHub, there are numerous web-based IDEs that can more or less offer similar functionality.

Here’s the list of alternatives to GitHub Codespaces that you can use right away: –

AWS, through its Cloud9 offers, paired programming experience to help track other’s changes on projects in real time. It supports a wide range of languages like Python, JavaScript, PHP and more. Besides, Cloud9 provides browser-based shell experience, which allows you to install additional software and push changes with ‘git push’ to GitHub repositories. However, the facet of Cloud9 is its effectiveness in building serverless applications as it preconfigures the environment with SDKs, add-ons, libraries, among others. Furthermore, it also allows developers to locally test and debug AWS Lambda functions.

GitPod provides ready-to-code development environments that not only isolate various projects but also build your code faster due to its powerful engines. With the GitPod IDE, one can choose any projects from GitHub, clone the repository, and start coding online. Due to its robustness, companies like Google, Amazon, Facebook, and Uber leverage the platform. Based on the Theia IDE, GitPod also has an intuitive UI that assists developers in quickly adapting to online coding.

Repl.it supports over 50 languages on its online IDE, thereby catering to a wide range of developers for building various applications. One can collaborate with teammates or colleagues in real time for working on projects with ease. To further enhance collaboration, it also enables you to integrate GitHub to import, run, and collaborate on millions of GitHub repositories. All of this without the need for spending time on following best practices to maintain the environment with the desired versions of dependencies that don’t conflict with one another.

Codeanywhere supports 72 languages on its platform to help developers build almost any applications. It also offers code completion for languages like JavaScript, PHP, HTML, and CSS. The platform is used by some of the renowned companies such as Accenture, CNN, Salesforce, and Reuters. What sets this online IDE is that it does not limit the number of collaborators for pair programming. Besides, you can easily integrate with GitHub to work on various open-source projects without hassles.

Koding provides a fully automated development environment on any infrastructure, including microservices and containers. It is focused on empowering developers by enabling real-time collaboration rather than configuring complex environments. With Koding, developers can manage their end-to-end development workflows in the cloud as it can be integrated with several services such as AWS, MongoDB, and more. It also offers environments’ analytics to figure out the factors behind inefficiencies in workflows.

CodePen is a popular online code editor for front-end developers who mostly use HTML, CSS, and JavaScript to create, position, and style the layout of websites. Developers can build, debug, test, and deploy websites. It allows collaborators to work on the same project at the same time, which can be previewed by other contributors. Unlike in most cases where a contributor has to make changes in its own environment and then push for the new features to be reflected, developers can simultaneously work on the same project in real time.

Codepanel is built for supporting faster collaboration in the cloud workspaces. The idea is to enable faster, transparent, and scalable development on the cloud. Codepanel includes numerous features such as chat, version control, project management, terminal, database management and more, to support the entire workflows of developers. With the free plan, you can get up to 5 workspaces, 5 databases and 512 MB storage/month. However, you can subscribe to the pro or business plan based on your requirements.

Codenvy is a portable docker runtime workspaces, which also integrates with IntelliSense — a quick code-completion feature — to help developers with code prediction and compilation. It is one of the best IDEs for developers who follow containerised development procedures. You can instantly create docker environments online with just one click and collaborate immediately for pair programming.