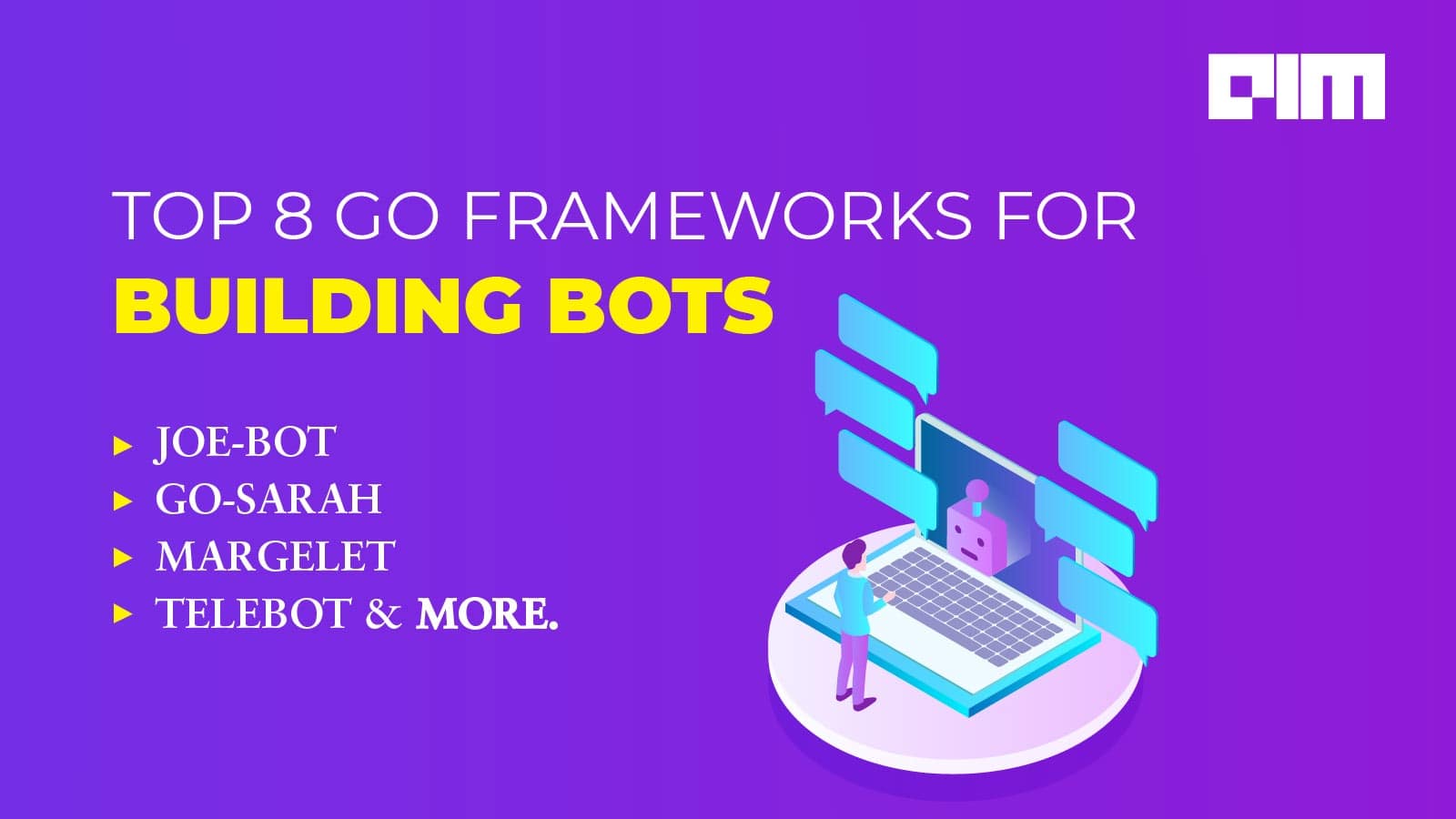 Use of conversational bots has been witnessing a rising demand among organisations and industries. The open-source programming language, Go is known for its easy-to-use and convenient features which allows developers to build simple as well as efficient software.

It is also one of the most loved languages among developers because of its intuitive features like speed, efficient concurrency, garbage collector, etc. The language provides several APIs and frameworks using which one can build simple and robust conversational bots without consuming much time.

In this article, we list down the top eight frameworks for building bots written in Go language.

Flottbot is a chatbot framework written in Go language. Some of its advantages include quick set-up, good for bots with simple use-cases, can run as well as test bot locally on machines. Using this framework, a user can configure a bot via YAML files and extend functionality by writing scripts in any programming language.

Sarah is a general-purpose bot framework in Go language. The framework comes with a unique feature called “stateful command” as well as some basic features such as command and scheduled task. Sarah also provides other life cycle management including live configuration update, customisable alerting mechanism, automated command/task (re-)building, among others.

Hanu is a framework to create Slack bots written in the Go language. Hanu uses the allot library for easy command and request parsing and runs fine as a Heroku worker. One can easily create a bot with Hanu by using a Slack API token. Some of its features include responding to mentions, responding to direct messages, auto-generated command list for help, among others.

Joe is a library that is used to write chatbots in the Go programming language. The library is inspired by the Hubot framework and ships with no third-party dependencies except for logging and error handling. Some of the features include persistence of key-value data, user permissions to restrict some actions to privileged users, event processing system to consume HTTP callbacks, among others.

Margelet is a Telegram bot framework for Go language. The framework is based on Telegram bot API and uses Redis to store its states, configs and more. The Telegram bot API is an HTTP-based interface created for developers keen on building bots for Telegram. Margelet is basically a thin layer that allows a user to solve basic bot tasks quickly and easily.

Slacker is a framework for building Slack bots written in Go language. The framework is built on top of the Slack API to simplify the real-time messaging feature to easily create Slack bots, assign commands to them and extract parameters. Some of its features include easy definitions of commands and their input, available bot initialisation, errors and default handlers, built-in help command, supports authorisation, among others.

Strongo is a Go language framework to develop bots for messengers. Some of its features include tuning the code to a specific messenger’s APIs, it is multilingual, same code can work across different messengers, can be hosted in the cloud or just as a standard Go HTTP server, supports AppEngine standard environment and more.

Telebot is a bot framework for Telegram Bot API in Go language. The package provides the API for command routing, inline query requests and keyboards, as well as callbacks. Some of the features of Telebot include real concise API, command routing, middleware, transparent file API and effortless bot callbacks.