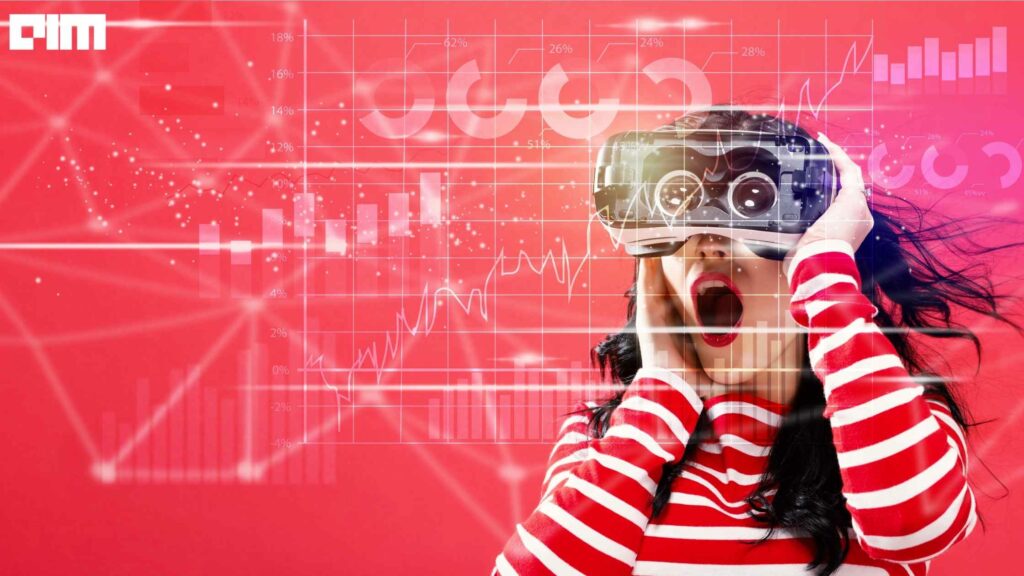 Touted as the next big evolution of the internet — Metaverse has opened a whole new spectrum of opportunities for innovators, investors, developers and entrepreneurs like never before. Globally, companies like Facebook, Epic Games, Roblox Corporation, NVIDIA and others are already investing heavily in creating a metaverse, which for long was a term found only in sci-fi novels like Snow Crash (1992) or sci-fi movies like The Matrix (1999), Ready Player One (2018), etc., or the upcoming TV series ‘Alter Ego.’

Simply put, Metaverse is an amalgamation of the digital world in which physical, augmented, and virtual reality converge. Some of the ideas of Metaverse are already found in online social games, like battle royale juggernaut Fortnite, and user-created online worlds like Roblox,  Minecraft, and Animal Crossing: New Horizons. Video-conferencing tools and virtual event platforms are other hints at what’s to come.

The buzz around ‘metaverse’ is for real. Last month, NVIDIA, alongside Blender and Adobe, revealed its big plans to expand its NVIDIA Omniverse, the world’s first simulation and collaboration platform that delivers the foundation of the so-called Metaverse. A month before that, in April, Facebook CEO Mark Zuckerberg announced big plans to become a metaverse company. Microsoft also said that it was developing an ‘enterprise metaverse.’

“This Metaverse is going to be far more pervasive and powerful than anything else. If one central company gains control of this, they will become more powerful than any government and be a god on Earth,”

Besides tech giants, several startups are mushrooming in the space with innovative ways to create interactive, immersive, collaborative experiences for their users and customers. So, there are already signs of massive opportunity unfolding as we speak.

Earlier this year, Vinesh Sundaresan and Anand Venkateswaran bought the NFT-backed digital artwork ‘Everydays — the first 5000 Days,’ by ‘Beeple’ for $69 million. Their firm Metapurse has chosen to display it in a virtual art gallery called ‘The Souk.’ Beeple is a crypto artist who also goes by the name Mike Winkelmann. It looks like NFTs are fueling the metaverse boom worldwide.

India has​​ a massive role to play in leading the metaverse revolution. With 440 million gamers or 16 per cent of the worldwide gamers base of 2.7 billion, the country is among the top 5 global markets in terms of user base — and growing. For the first nine months of 2020, India ranked number one in global mobile game downloads, thanks to the massive user base.

“As smartphones are set to touch one billion Indians in the next five years, we hope India will become a land of not only gamers but also creators, building an ‘atmanirbhar’ metaverse,”

In this article, we will highlight some of the startups in India that are working on Metaverse. The companies listed below are in no particular order and do not indicate any ranking.

The platform offers people to create a ‘Bollyverse,’ where they can write, act and produce their own stories and characters to launch community-driven films, games, shows and animation. The platform offers three primary types of NFTs — Legend BFT, Hero NFT and Real NFT — each NFT holder is rewarded with revenue share, incentives, and exclusive access to new products.

Dhruv Saxena, project lead at Bolly Heroes, said the idea is to build a Bollyverse based on these characters created by the community. He said the community members who own early NFTs would be rewarded by innovative projects, partnerships, and revenue share, among other benefits.

In addition to this, other products in the ‘Bollyverse’ include Ultra Rare NFTs through which users can produce their own characters. Also, Bollybabies gives users the chance to create something unique by merging and combining it with other NFTs.

OneRare is a play to earn game with a simple goal — claim your favourite dishes. The user needs to follow recipes and farm the right ingredients to get their dish to unlock the Dish NFTs successfully.’ The most interesting part here is that there is only One Dish NFT of every recipe. Meaning, only one person will own the ‘One Rare Dish’ in the entire world.

Based in New Delhi, LOKA is India’s first multiplayer gamified virtual Metaverse based on 3D maps of real-world cities and locations, where players can participate in live and concurrent experiences powered by their favourite third-party apps. Founded in July 2020, LOKA was developed by Krishnan Sunderarajan. The platform offers 3D versions of cities and locations like Connaught Place in Delhi, Marine Drive in Mumbai, and MG Road in Bengaluru. This game is played in real-time and concurrently.

Interestingly, all the experiences in the game are powered by third-party apps and portals. For instance, you can visit a theatre in the game and watch the latest movies on the Netflix app, or visit the gym and attend your daily yoga classes via the Cult Fit app, or go to your favourite pizzeria and order pizza, which will be delivered to your actual address using Zomato.

Plus, the platform has an additional layer known as ‘Feel, vibe and culture,’ which has small elements like ambient sounds, background noises, NPCs, culture-specific virtual goods, etc., thereby retaining the feel and relevance of the location. In a nutshell, LOKA offers Metaverse, or a virtual world where you can create, explore, identify, express, collaborate, and socialise with thousands of other players and game elements.

Cope.Studio was founded by Vaibhav Sharma in November 2020. It is a deep-tech focused product studio that develops a platform for repeatable creation and growth of successful products, focussed on early-stage ventures.

Based in Bengaluru, the company combines design, product support, and capital to turn bold ideas about the Metaverse into category-defining companies. The company has worked with companies and organisations like Vedantu, Together Fund, Urban Vault, The Product Folks, Reality Tools, Dehidden, Arali, and Alter8 Analytics.

Founded by Farheen Ahmad in March 2021, Interality is a unique platform for creator and fan engagement in the Metaverse. Based in Bengaluru, the platform lets creators capture and drop their life moments through NFT based holograms in augmented reality. Check out more details about Interality here.

Tamasha.Live was founded by IIT Bombay alumnus Saurabh Gupta and Siddharth Swarnkar in July 2020. The company is building a next-generation gaming metaverse — a real-money gaming space — which disrupts gaming through live social engagement.

Based in Mumbai, Tamasha is funded by marquee investors like Livespace’s CTO Ramakant Sharma, OYO’s CSO Maninder Gulati, Titan Capital, PointOne Capital, First Cheque, and 9Unicorns Accelerator Fund. Currently, in the seed stage, it has raised a total of $350K in funding, as per Crunchbase.

Gurugram and Palo Alto-based Zippy is a metaverse for runners. The platform offers users an on-demand, immersive, safe, enjoyable environment and connects with fellow runners from remote locations across the globe.

Founded by Sunny Makroo in March 2021, Zippy is a virtual world where people can run across the major marathon cities (Boston, London, Mumbai, Tokyo), or scenic environments like jungle trails, beach runs, etc., whether with friends or solo via their twins or Avatars, which is in-sync with the real kinematics of runners in real-word using their fitness wearables or treadmill sensors or treadmills..

Check out more about Zippy here.

Based in Hyderabad, NextMeet is one of India’s first avatar-based immersive platforms that enables virtual conferencing and networking in a 3D environment. The company was started by Pushpak Kypuram in October 2020.

The idea behind starting NextMeet was to eliminate isolation and UI fatigue associated with remote working. To solve this, it has incorporated interactive environments, spatial audio and 3D avatars to facilitate greater UI/UX within its diversified ecosystem. Currently, the company caters to the mass market, especially in segments like corporations, educational institutions, virtual events and shows, etc.