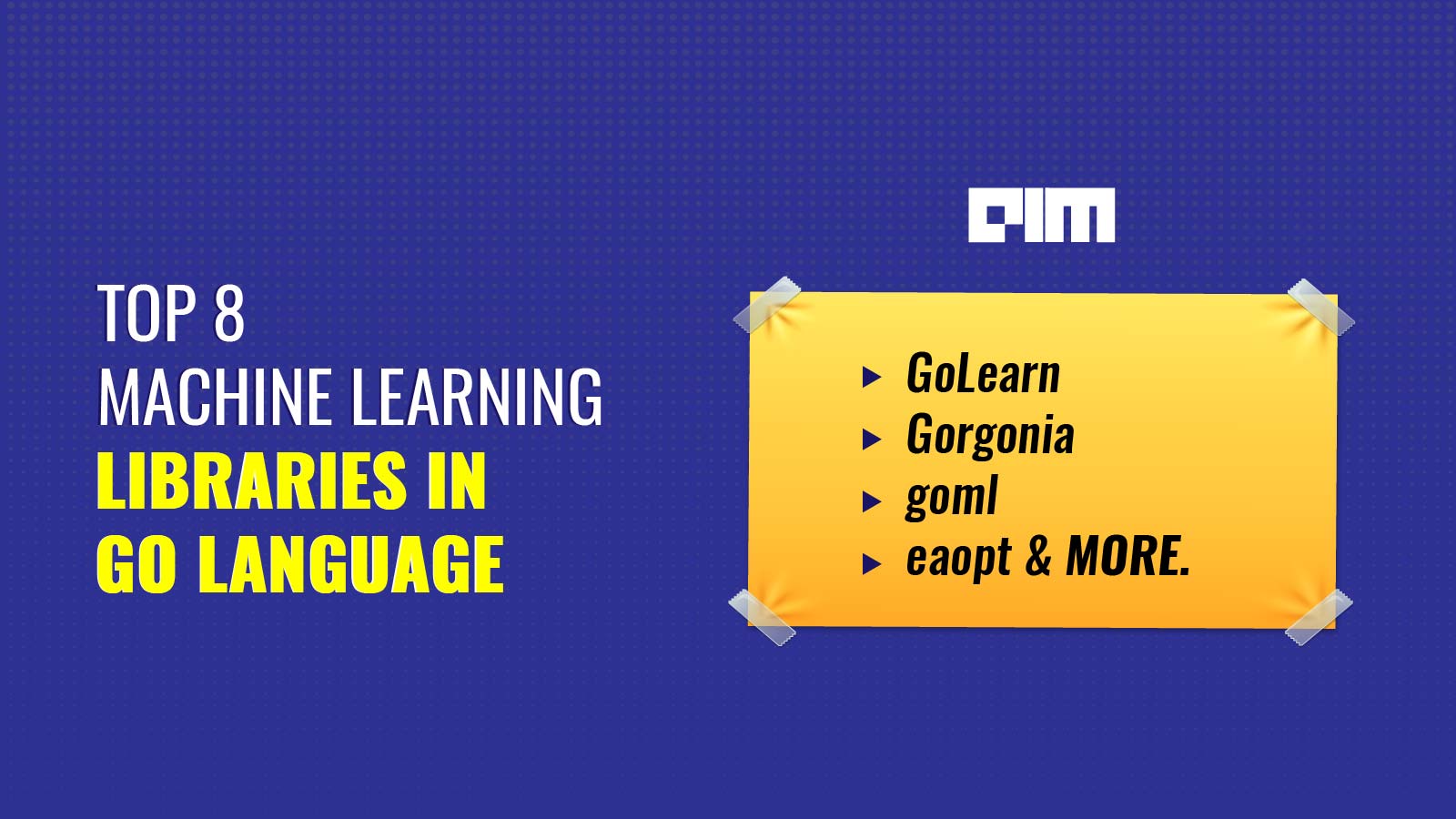 Created by Google researchers, Go is a popular open-source programming language. The language includes many intuitive features, including a garbage collector, cross-platform, efficient concurrency, among others.

According to the Stack Overflow Developer Survey 2020, Go language is not only the fifth most loved programming language but also fetches the programmers the third-highest salary among other languages.

Below here, we list down the top machine learning libraries in Go language.

(The libraries are listed according to the number of Stars in GitHub).

About: GoLearn is one of the most popular libraries in the Go language. It is also known as the ‘batteries included’ machine learning library for Go. It aims to contribute simplicity paired with customizability. Some of its features are-

About: Gorgonia helps in facilitating machine learning entirely in Go. The primary goal of this library is to be a highly performant machine learning as well as graph computation-based library that can scale across multiple machines. It also contributes a platform for the exploration of non-standard deep-learning as well as neural network-related research. It can perform processes like neo-Hebbian learning, corner-cutting algorithms, among others. Some of its features are-

About: goml is a machine learning library written entirely in Go language which allows developers to include machine learning into their applications. The library consists of various models which help in learning in an online as well as the reactive manner by passing data to streams held on channels. Some of the features of this library include-

About: Evo is a general framework for implementing evolutionary algorithms in Go. The framework exposes a clean and flexible API oriented around two interfaces —  genome and population. Genomes represent both the function being optimised and the representation of solutions, while populations represent the architecture under which genomes are evolved.  Some of its features are-

About: It is a genetic algorithm solution written in Golang. It is used and configured by injecting different behaviours into the main genetic algorithm object. It consists of three components — simulator, selector and mater.

The simulator provides a function that accepts a single genome and assigns a fitness score to it. The selector object takes a population of genomes and the total fitness and returns a genome from the population that it has chosen. In contrast, the mater accepts two genomes from the selector and combines them to produce two others.

About: gogl is a graph library written in Go language. This library aims to contribute simple, unifying interfaces, including implementations of graph algorithms and data structures that can scale from small graphs to huge graphs. The features of this library include-

About: GoMind is a Neural Network (NN) library that is written entirely in Go. Currently, the library only supports a single hidden layer, and it will support multi-layer soon. In GoMind, the network learns from a training set using the back-propagation algorithm. Some of its features include-