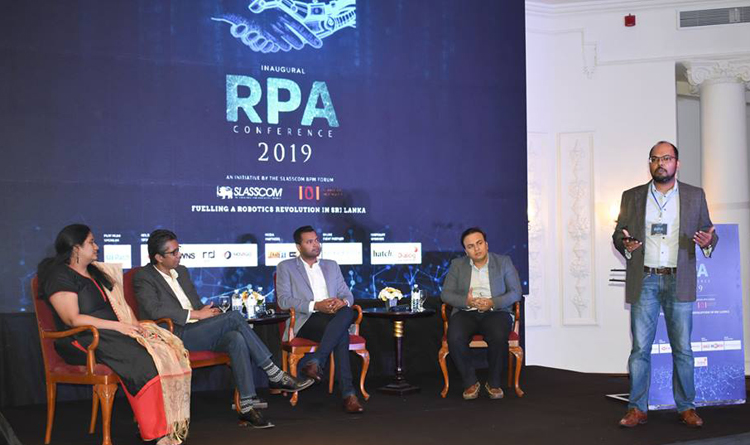 Organisations are implementing Robotic Process Automation (RPA) for eliminating the manual human efforts for repetitive and mundane tasks. RPA is the utilisation of software with emerging technologies like machine learning and artificial intelligence. The Government of India is also providing a helping hand for the startups and early-stage adopters of Robot Process Automation (RPA) by the initiative known as the All India Council for Robotics and Automation (AICRA).

According to sources, The RPA market is growing immensely at 63.1% to $846 million last year. It is estimated that by the end of 2022, 85% of large and very large organisations will have deployed some form of RPA. In one of our earlier articles, we discussed the crucial points as to why one should get an RPA certification.

In this article, we list down the top 9 RPA startups in India.

About: Founded in 2008, Autonomous Robot for Known (ARK) Robot is working on cutting edge technology as well as revolutionise the automation industry. It uses artificial intelligence, swarm intelligence, and machine vision systems to enable coordinated effort between multiple Arkrobots to execute tasks of storage or retrieval.

About: Kochi-based RPA startup, Asimov provides solutions and products for robotics and automation. It provides products such as manipulators (CooL Arm), X-Terrabot Mobile Manipulator, Virtual Reality Chair, Lamarck Humanoid and other such.

About: DiFacto is a Robotics and Automation startup which offers turnkey industrial Automation systems and solutions with industrial robots. The automation services of this startup include robot simulation, off-line and shop-floor programming of robots, controls programming, on-site robot implementation, robot cell calibration, and industrial robot training. Other simulations and OLP services include generic software such as Process Simulate (formerly Robcad), Delmia, CimStation Robotics (CSR) as well as robot specific software products such as Roboguide, Robotstudio and Motosim.

About: Falcon Autotech is an Indian RPA startup which provides intralogistics and warehouse automation solutions. The startup provides automation solutions such as Parcel Sortation Systems, Online Weighing and Dimensioning, Assembly Lines, Robotic Automation Solutions and other such.

About: Future Robotics And Automation is an automotive company based out of Bangalore. It renders optimised robotic solutions which increases productivity with the optimised operating cost.

About: Mumbai-based Gade Autonomous Systems Private Limited is a start-up which focuses on the paradigm shift in technology. It has a product known as AdverTron which is basically a marketing and advertising robot and can be hired for various purposes.

About: Systemantics is an Industrial Robotics and Automation company which aims to enable widespread adoption of flexible automation in industry. During these years, the company has accomplished several innovations in robotics and industrial automation such as underwater robots and walking machines.

About: Robosapiens is a startup for Robotics, Automation, and Animation. The startup also focuses on education solutions, conducting workshops on various topics such as Arduino and Matlab, covering Robotics Education and doing research and development in robotics, embedded systems, Quadcopter, etc. The current robotics training system provides hands-on experience and exposure in the latest technologies to the students.

Alexa For Everyone & Other Interesting Announcements From AWS IoT Day