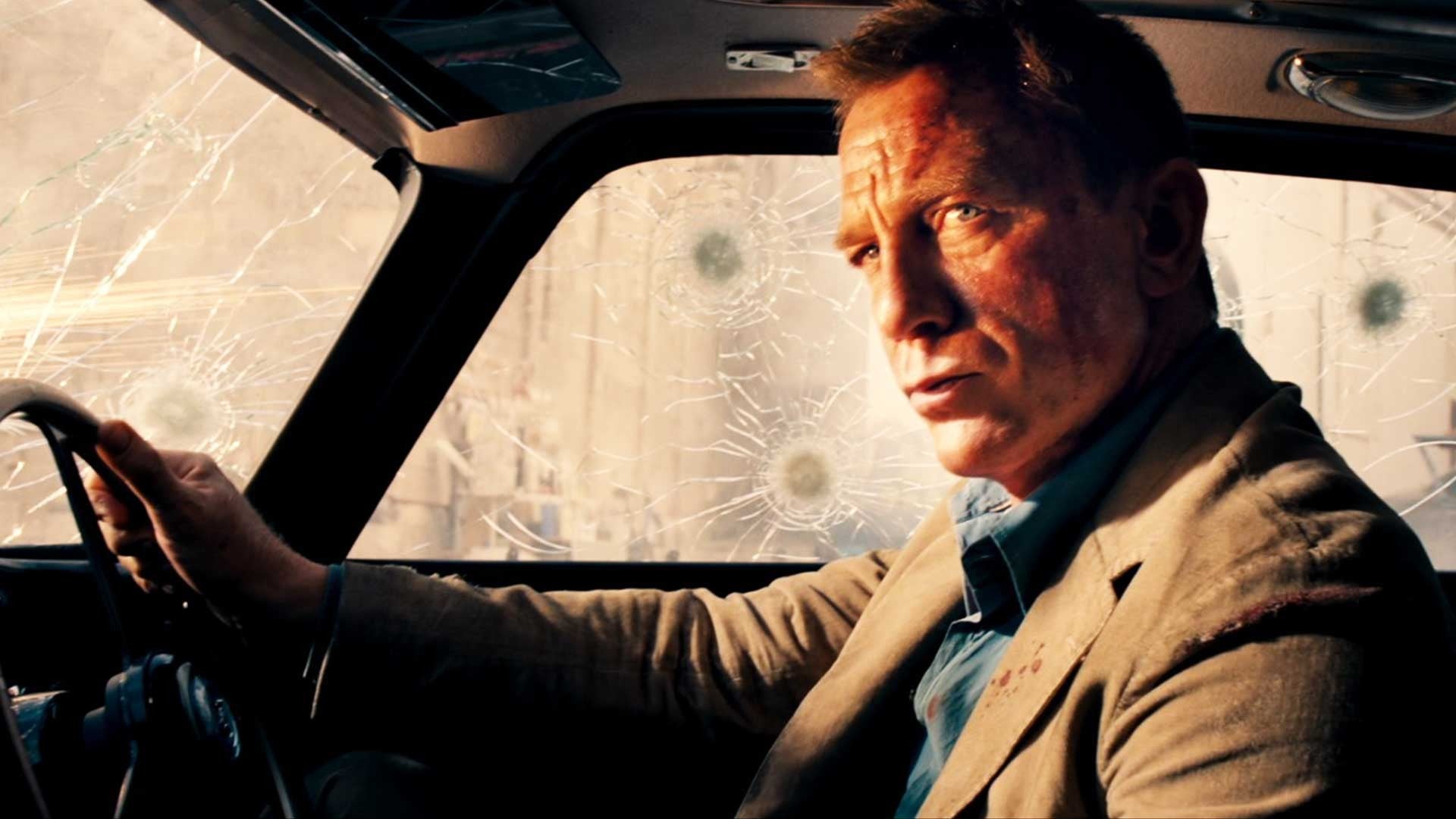 As the AI keeps evolving, so does movie makers efforts to include them in films, following is a list of AI movies due for release in 2020. Movies are for everyone. There is no right or wrong way of interpreting a movie. So what if a movie is meant to be understood as something else, it can be just as endearing and enjoyable. Due to technological advancements movies are losing their touch with CGI making up for the real acting.

Sir Ian McKellen, better known for his roles as Magneto and Gandalf, reportedly broke down in frustration due to excessive use of green screens while filming The Hobbit. People are enthralled and enraptured by visuals that they forget about the story. But 2020 looks to be different for AI movies, and so far, with the list of releases, the future looks promising.

As a long-time admirer of James Bond movies, this new instalment is rather exciting and comes highly anticipated. Not only is James Bond getting older but is slowing being forgotten. The franchise will see its star, Daniel Craig, depart to make way for someone new.

Technology has always been a huge part of James Bond movies – from the vanishing Aston Martin in Die Another Day to a quirky, laser-equipped Omega Seamaster wristwatch in GoldenEye to a ring camera in A View To Kill — these gadgets make the Bond movie experience more vivid.

No Time To Die is a continuation of the last movie Spectre. A bold move, but as history recollects, similar attempts in the past (Quantum Of Solace) has been a huge box-office disaster and was very poorly received world-wide.

In this last cameo as James Bond, Daniel Craig will be revoking his retirement, yet again, and will return to England to save the ‘Queen and the Country’ just one more time. His past connections and his personal affiliations will compel his return to spying duties. How the movie ends is anyone’s guess.

Starring Kristan Steward in a tomboyish outfit, the title sums up the entire movie. A group of researchers find themselves trapped in a dilapidating submarine; following an earthquake which renders the vessel immovable but functioning. In their quest for knowledge and thirst for exploration, are greeted with extra-terrestrial beings who take the unwelcomed visitors for a rather unpleasant surprise.

Kristan Steward returns to star in this movie right after concluding filming for Charlie’s Angels reboot, two months prior. When compared to other movies of a similar genre, story, and theme, Kristan Steward had this to say in response, “It’s a really dark, scary meditation on isolation,” citing that the movie focuses on grander themes like ‘existentialism and spirituality’ when faced with death.

Since the movie, by critics and other online forums, is taken more like an addition to the already established genre, however, the director — William Eubank sparks interest and hope among his audience as he is known for making stimulating movies which a portion of eccentric moviegoers love to watch.

Regardless, Vin Diesel is the star in BloodShot. The story is rather engrossing. Vin Diesel is a fallen soldier, resurrected by injecting nanotech/bots into his bloodstream which grants him superhuman capabilities such as super strength, heightened healing, etc. He loses his memory in the process, only remembering the face of his wife’s murderer. The intelligence company (who performed the experiment on Vin Diesel) reboots his memory and replaces the image of his wife’s killer with faces of targets chosen for elimination. Every time he succeeds, he is shut down and rebooted. The process carries on until he figures it out eventually.

BloodShot is a comic character from Valiant Comics, who look to get into the superhero movie business. BloodShot originally aired in 1993 when sci-fi crime-fighting cyborg soldier theme was popular.

The Invisible Man closely resembles, at least in characterisation and plot, another movie which was released in 2000 by the name of ‘Hollow Man’. This sci-fi thriller, starring Kevin Bacon, was based on a man who turns himself completely invisible following a failed experiment. He goes on a jealousy fulled rampage, killing all of his co-workers except for his love interest. Needless to say, good triumphs over evil. In this movie The Invisible Man, the man is a control freak, where he fakes his own death, turns invisible and torments his lover — a jilted love affair.

Universal studios fared miserably with the release of its Dracula Untold and The Mummy, an attempt by the studio to bring back monsters in movies. The Invisible Man is a reimagination of Universal Studio’s classic of the same name. Production of this movie was handled by Blumehouse who brought the world movies like Paranormal Activities, the Purge and Get Out among others. Universal Studios said that no expenses will be spared in the making of their new horror movie.

The studio hired writer Leigh Whannel, who previously worked with James Wan, a celebrated horror films director, remembered for The Conjuring 1 and 2, Saw, Insidious Chapter 3, etc., Leigh Whannel is the writer as well as the director for this movie.

The only insight on the story is the official trailer released by Warner Bros. Christopher Nolan is one of the few directors in Hollywood who still commands a high budget for an original movie. Reported as being his most expensive venture till date, clocking at $225 million in total cost incurred. Based on the trailer, this movie seems to be a banger of the same calibre as the director’s previous projects, namely The Dark Knight, Inception, Interstellar, etc. all of which were high on production value too.

The cast has been tight-lipped when inquired about the plot for tenet, the director prefers it that way. The studio has also played its part in keeping the anticipation brimming. The project is already being proclaimed as a “massive, innovative, action blockbuster”, according to rumours.

The only movie-related information that has been released is that the movie revolves around international spies armed with time travelling prowess.

The director hopes to exhibit the spirit of ‘showmanship’ associated with filmmaking and cinema, giving viewers something to look forward to.

The lead actor is Tom Hanks who has been part of various movies across different genres but never a proper sci-fi film. This changes with Bios, which is based on a post-apocalyptic Earth scenario where he is the lone survivor. He builds a robot with AI solely to look after his dog. The trio (Tom Hanks, the dog and the bot) roam the country as vagabonds. In the AI-based movie, Tom Hanks must teach his robot to recharge and maintain itself and also take care of his dog before he dies. He must also teach the dog to accept the robot as its master. During the course of their journey, the bot harbours emotional sentiments towards its companions and becomes fixated and completely engrossed on the notion of love, friendship and life. The film deals with how a robot understands these unexplainable feelings.

‘Bios’ comes out on the same day as a yet-to-be-confirmed superhero movie from Marvel. The actor is fondly remembered for voicing the character of Woody in Toy Story, set to release its fourth instalment this February.

The question mark at the end serves its intended purpose. The book, written by Daniel H. Wilson, with the same name was released in 2011. Fox Studios purchased the rights to the book even before it was published. Actors like Chris Hemsworth and Anna Hathaway were cast as the lead roles for the movie adaption in 2012, bound to release in 2013. Since then, this AI-based movie has been shelved numerous times due to financial issues, logistical concerns or simply due to Steven Speilberg’s conflict of interests. To elaborate, the distinguished filmmaker wants to do justice to the storyline.

The plot — a scientist accidentally unleashes a super-intelligent sentient AI, the AI is capable of controlling every device on the Earth. The AI mimics the behavioural patterns of a shy jejune boy. The AI becomes self-conscious and escapes from human control. The AI named Archos R-14, in all its understanding and knowledge, comes to the conclusion that for ‘life’ to prosper, organic must fuse with inorganic robots. To realise the same, human annihilation does not seem improbable too. The story, as it progresses, will see humans and new free-thinking robots join forces to defeat Archos R-14. The book is an absolute page-turner, hope the movie will be the same.