AI-Powered wearables have become a part of our smarter lifestyle. Check out the best next-gen wearables available. 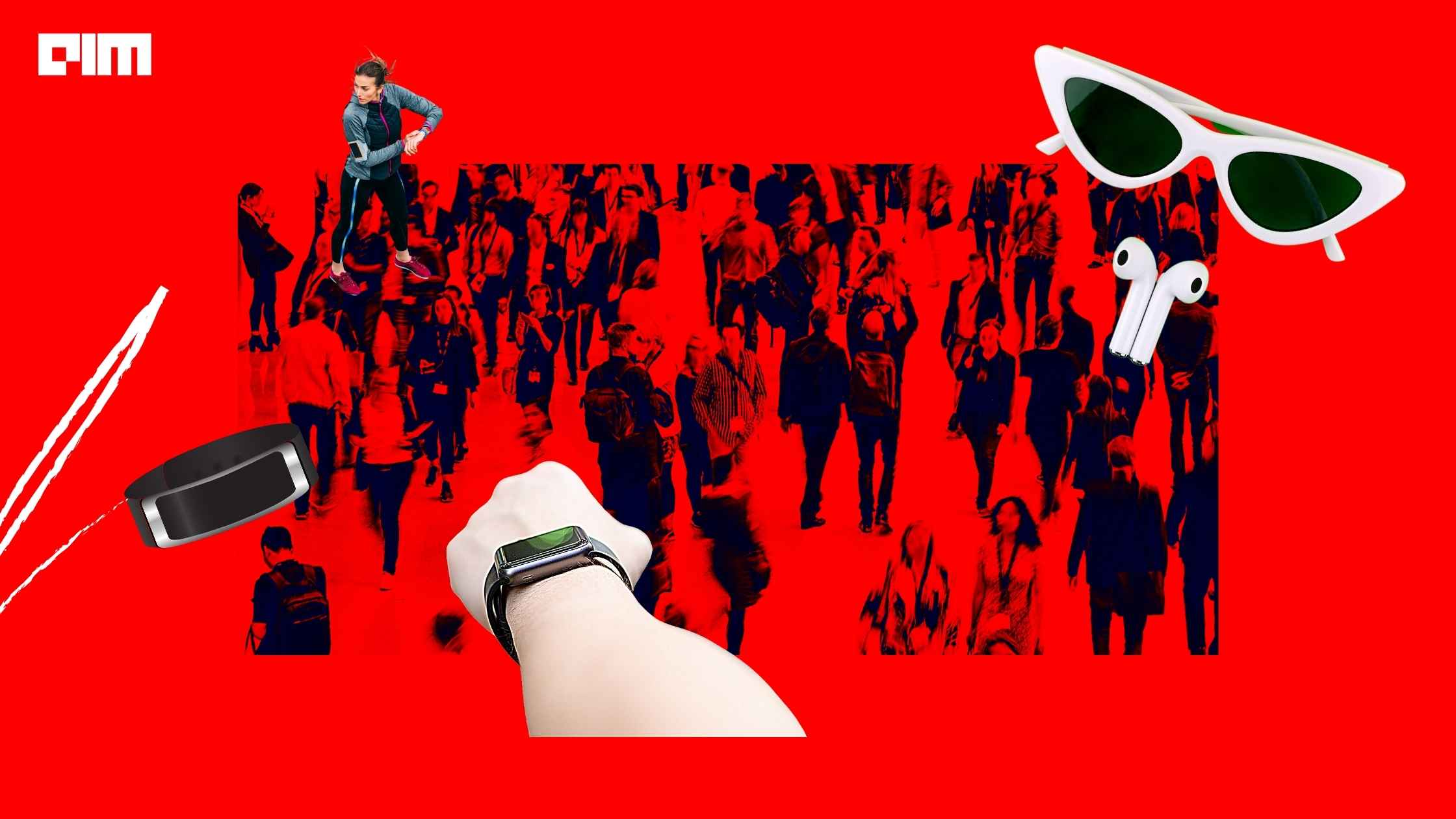 Researchers from the University of Waterloo in Canada are working on developing prosthetic legs equipped with computer vision and deep-learning AI. The technologies thus employed will help legs function similar to an able-bodied person and adjust their motion by observing the surroundings. This is a case of yet another AI-powered wearable innovation with the potential to bring cheers for many.

According to a report, the AI wearable market is expected to grow at a CAGR of around 30% and expected to reach a valuation of more than $180 billion by 2025. Further, the Ministry of Electronics and IT (MeitY) is soon planning to extend the PLI scheme for smart wearables, IoT, and VR products. The demand is expected to reach $5 billion in the next two to three years. Let’s have a look at some of the best AI-powered wearables for 2021.

Designed and developed by Wearable Devices Ltd, Mudra Band is a wrist-worn wearable that allows users to control music, manage calls, schedule appointments and dismiss notifications using effortless finger movements. The product is equipped with IMU (6-DOF) motion sensor, a gyroscope and 3 Surface Nerve Conductance (SNC) sensors. While the SNC sensors are designed to capture neural signals from the brain, the inbuilt deep learning algorithms help decipher the signal patterns to analyse and classify the finger movements in real-time. Most importantly, the watch learns the intended gestures vs unintended actions and connects them with the context of the user’s activity.

Successor of the Galaxy Buds+ series, the newly launched wearable comes with a unique design, AI-powered sensor, and Active Noise Cancelling (ANC) feature that cuts down the external background noise by up to 99%. The Bluetooth headset comes with microphones attached both inside and outside for real-time monitoring of noise. These intelligent buds can instantly switch from ANC to ambient sound the moment a user joins a conversation. The intelligent motion-tracking sensor pinpoints the sound’s direction as one moves its head and ensures sound delivery of 360-degrees.

Launched in January 2021 – the One-plus has entered into the fitness business with its new band. The band is equipped with powerful hardware and intelligent algorithms to monitor the blood’s oxygen saturation level via infrared light sensors to provide accurate information on potential health issues. Additionally, it measures the users’ sleep scores to improve their sleep quality and personal routines and goals. High pulse readings would also activate the built-in vibration warning.

Wearables are commonly worn in sports, especially in soccer, and a recently released wearable — Uno, is specifically designed for soccer players to improve their skills in training and games. With a 6-axis motion smart sensor including a gyroscope and accelerometer, Uno tracks the players’ movement 1000 times per second while measuring even the micro-movements, such as impact with the ground, ball rotation, and foot rotation. The company developed an AI algorithm to convert data into information, which can then be used to better understand the weaknesses and turn them into strengths.

Sensoria Fitness provides smart upper garments, including socks with advanced textile sensors along with a connected anklet device to provide real-time heart rate monitoring. It delivers reliable data on how the user’s foot lands on the ground while walking and running. The AI-based clothing and the connected app provide tips to the users to improve performance and reduce the risk of injuries.

The BioButton is a coin-sized, disposable medical wearable system that uses patented biosensor technology and advanced analytics to continuously monitor temperature, heart rate, and respiratory rate to detect adverse vital sign trends. Remote monitoring is flexible and costs efficient thanks to its simple user interface design and multi-parameter functionality. Clinicians can now have access to a high-resolution view of the patient’s health condition through the platform’s advanced analytics, allowing them to deliver medical-grade treatment at home.

The latest smart glasses by Razer, aka lifestyle eyewear, come with built-in speakers and microphones that can be attached to a smartphone through Bluetooth and function like an earbud. The touch controls on either side of the lenses can be used to change the music, answer phone calls, and issue commands to the paired smartphone’s voice assistant. One of its key features is that the glasses automatically switch on and off depending on the temples’ status.