Dr Bandyopadhyay has authored and co-authored over 300 research papers and published six books. 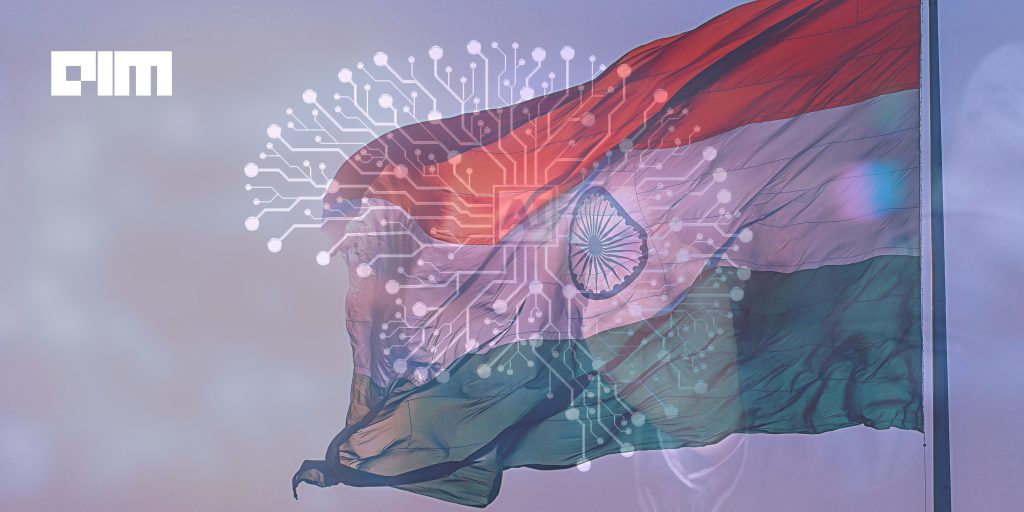 A 2020 digital project, The Global AI Talent Tracker, by MacroPolo, the think tank of the Paulson Institute in Chicago, revealed that 12% of elite AI researchers had pursued their education in India. This was based on the research papers submitted to NeurIPS in December 2019, of which 21.6% were accepted, with Indians having the maximum acceptance.

India’s continued focus on advancing Science and Technology has helped the country create some of the top technological leaders of today. Some of India’s notable scientists have propelled further research in AI and laid the foundation for India’s current goal towards furthering AI innovations. Analytics India Magazine has looked at some of the top and upcoming AI researchers.

Dr Sanghamitra Bandyopadhyay is an Indian computer scientist currently working as a professor in the Machine Intelligence Unit at the Indian Statistical Institute, Kolkata, the alma mater for her Ph D. She was the first female director of the institute from 2015 to 2020. Bandyopadhyay is also a member of the Science, Technology and Innovation Advisory Council (PM-STIAC) of the Prime Minister of India. Her research focuses on evolutionary computation, pattern recognition, machine learning, data mining and bioinformatics. She has been recognised and celebrated through several awards, including the Bhatnagar Prize, the Infosys award, the TWAS Prize, the JC Bose Fellowship, the DBT National Women Bioscientist Award, and more. Dr Bandyopadhyay has authored and co-authored over 300 research papers and published six books. Some of her research papers can be found here.

Dr Sunita Sarawagi is the professor in charge of the Center of Machine Intelligence and Data Science and the institute chair professor at IIT Bombay. She has received her Ph D in ‘Query processing in tertiary memory databases’ from UC Berkley. She has since pioneered research in machine learning, sequence models for text and time-series, domain adaptation, and effective human intervention in learning and databases. Apart from IITB, Dr Sarawagi has worked with Google Research, CMU and IBM Almaden Research Center. She was awarded the Infosys Award and the Distinguished Alumnus Award from IIT Kharagpur. With four patents in her name and several keynote talks, she has been on the committees of multiple prestigious organisations like IEEE, the IT-Sub committee of the Reserve Bank of India, and VLDB. Learn more about her research here.

A distinguished Indian scientist, Dr Sankar Kumar Pal, is the former director of the Indian Statistical Institute and the founder of ISI’s Machine Intelligence Unit and Center for Soft Computing Research. He is also the founder president of the Indian National Academy of Engineering in Kolkata. Pal has pursued two Ph Ds from ISI and Imperial College London. He taught at the University of California, Berkeley and the University of Maryland and has held several visiting positions in Italy, Poland, Hong Kong and Australian universities. He has also worked with the NASA Johnson Space Center, US Naval Research Laboratory and been a Distinguished Visitor of IEEE for the Asia-Pacific Region. He is internationally known for his research on fuzzy neural networks, soft computing, pattern recognition, web intelligence, data mining, granular computing, and machine learning. He has been honoured with the Padma Shri award in Science and Engineering, Shanti Swaroop Bhatnagar Award 1990 and several other awards by Indian and international associations. His extensive work can be found across countries through twenty books and more than four hundred research publications. His works can be found here.

Dr Pushpak Bhattacharya is one of India’s pioneering scientists and researchers. Being the Chair Professor of Computer Science and Engineering at IIT Bombay, he has guided over three hundred students in their research. He has also been a visiting scholar and faculty at MIT, Stanford, UT Houston and University Joseph Fourier. In addition, Dr Bhattacharyya has worked extensively to encourage research with his IIT Bombay research lab “Center for Indian Language Technology” (CFILT) and the IIT Patna lab called “Center of Excellence in Natural Language Processing”. His extensive research has been focused on ML, AI and NLP with notable works such as his textbook ‘Machine Translation’, has published more than 350 research papers and three monographs on cutting edge NLP research on topics like computational sarcasm and machine translation and transliteration. He has won several awards, including the Abdul Kalam Technology Innovation National Fellowship, the H.H.Mathur Research Excellence Award of IIT Bombay, and the VNMM Award by IIT Roorkee. Find out more about his notable achievements and works here.

Dr Poonam Goyal is a professor of Computer Science & Information Systems at BITS Pilani, where she also heads the Web Intelligence and Social Computing Laboratory. After pursuing her Ph D from IIT Roorkee, she specialises in big data analytics, high-performance computing, multimedia retrieval, computer vision and natural language processing. She has two patents and has published several research papers in social and scientific domains, including social media analytics, multi-modal knowledge graphs and bio-informatics, published in journals like IEEE, ACM, ICMR and DSAA. In addition, she has received the IBM Research Innovation Award, the 2021 Google AI for Social Good research award and has been recognised by India AI as one of India’s leading female researchers. Her publication history can be studied here.

Elected as an IEEE fellow of 2021, Dr Richa Singh is a professor at IIT Jodhpur and an adjunct professor with IIIT-Delhi and West Virginia University. She has received her Ph D in Computer Science from West Virginia University, after which she has taken up research in pattern recognition, machine learning, and biometrics. Singh has co-edited a book titled “Deep Learning in Biometrics” and been a keynote speaker at several conferences, including GTC, AFGR, ICCV and BIOSIG. She has received the Kusum and Mohandas Pai Faculty Research Fellowship at IIIT-Delhi and the FAST Award by the Department of Science and Technology, India. Currently, along with being the Program Chair of CVPR2022 and ICMI2022 and General Chair of FG2021, Singh is the Vice President of the IEEE Biometrics Council. She has published several research papers that can be found here.

Dr Sriparna Saha has received her Ph D from IIT Kolkata and has furthered to being an associate professor at the Department of Computer Science and Engineering at IIT Patna. Her research interests lie in deep learning, natural language processing, machine learning, information extraction, text mining, bioinformatics and multiobjective optimisation. In this, she has co-authored more than 260 papers, published a book and has a Google Scholar citation count of 5053. Dr Saha is a senior member and on the editorial board of IEEE and has received several awards, including ISI’s Lt Rashi Roy Memorial Gold Medal, Google India Women in Engineering Award, NASI Young Scientist Platinum Jubilee Award, BIRD Award, IEI Young Engineers’ Award, SERB Women in Excellence Award and SERB Early Career Research Award. In addition, she has been acknowledged by India’s AI portal, INDIAai, as one of India’s eight leading women scientists and by Stanford University as one of the top 2% scientists in AI with more than five published papers. Her papers can be found here.

A Ph D holder from Oxford, Dr Urvashi Aneja has pursued her D Phil and M Phil from the UK and has been a research fellow at the Observer Research Foundation in India. Additionally, she is an associate fellow at the Asia Pacific program at Chatham House, a member of the Future of Work in G20 countries and a member of the Indian government’s committees on Frontier Technology India and Skills for a Digital India. Dr Aneja is known for her algorithm decision-making and government structures research. Until December 2021, she was also the director and co-founder of an interdisciplinary research collective, Tandem Research.

Dr Partha Talukdar is a staff research scientist at Google Research, focusing on graph-based learning algorithms using automated knowledge, temporal information harvesting from large data, and neuro-semantics. He has pursued his Ph D and post-doctoral studies, after which he has worked with IISc and Microsoft. His interests lie in natural language processing, machine learning, and knowledge graphs. Dr Talukdar has co-written a book on Graph-based Semi-Supervised Learning, published several research papers, and presented them across India, Italy, Canada, Hong Kong, Japan, the USA, Belgium, Australia, and more. The papers can be found here.